Denver will now again stop issuing tickets to cars with expired license plates because of the backlog at the Colorado Department of Motor Vehicles. 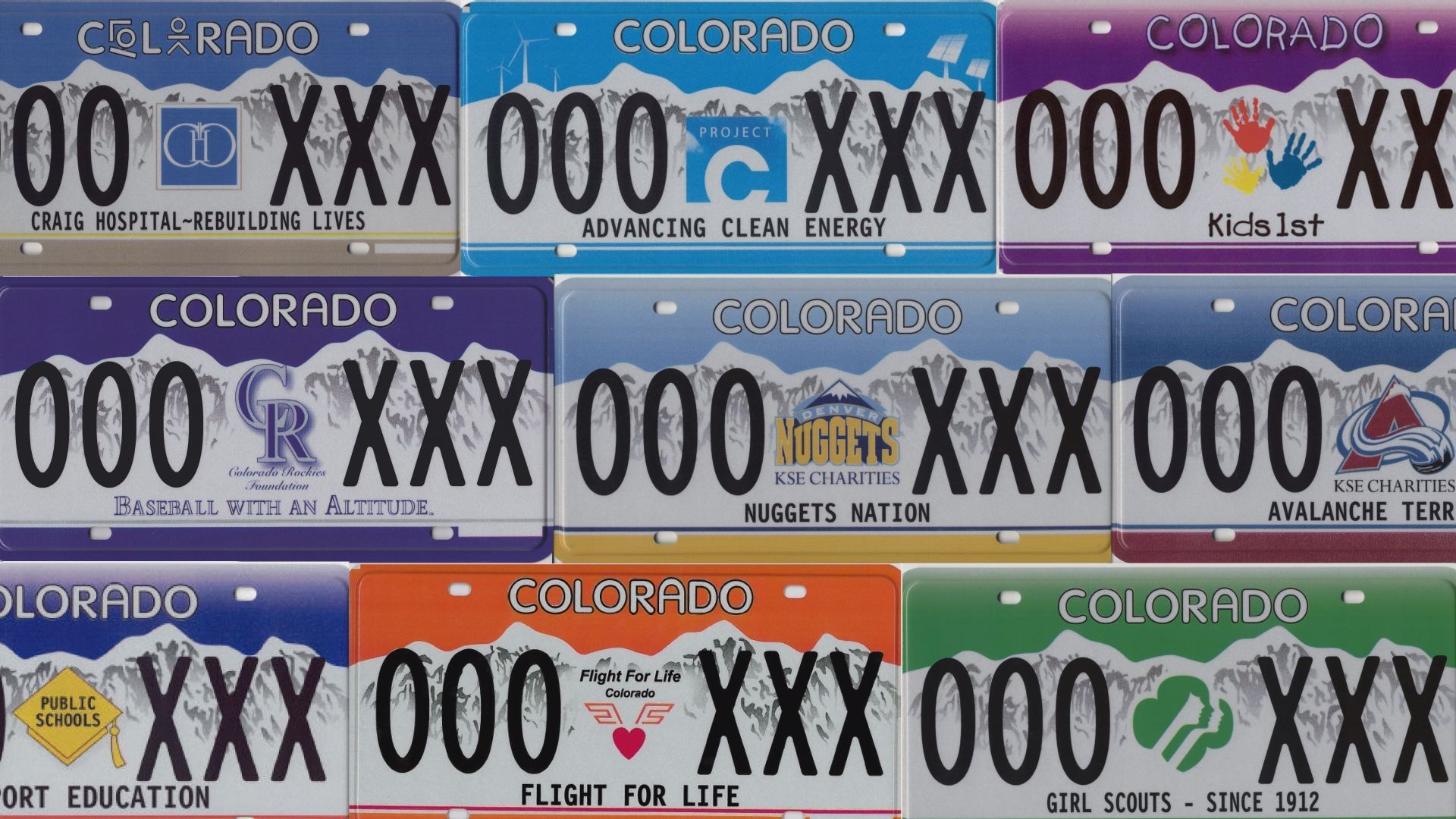 DENVER — If you’ve driven in Denver at all recently, you’ve undoubtedly seen license plates that are long expired – the backlog at the DMV is months long, making it nearly impossible for people to get new plates in a timely manner.

That didn’t stop the City and County of Denver from issuing nearly 3,000 citations in the past three days to parked cars that had expired license plates.

I was one of the 2,933 people to find a ticket on my legally parked car in Denver that had expired plates.

I bought my car last summer and paid a lot of money for license plates, but because of the pandemic and the backlog in manufacturing these license plates, they never came.

Four months waiting – then I got a ticket.

I bought my new plates from Stern's office last year. Then I waited, and waited and waited for them to show up in the mail.

Stern said license plates are made in prisons and because of COVID outbreaks, inmates haven’t been able to work. That’s caused backlogs in getting license plates out all around the state.

"We want to make sure that we’re helping you in any way that we possibly can because it’s not your fault," said Stern. "The bottom line is that the customer then shouldn’t have to use a letter that’s in their glove compartment to go fight with the parking authorities about the ticket that they got because the DMV was delayed in processing your plates. That’s not the customer’s fault. The customer shouldn’t have to do all the work to fix it."

When I got my ticket, I figured with this massive backlog in the state, there’s no way that I could be the only person who’s gotten a ticket for having expired temporary tags, even though we’ve paid for a new license plate.

Turns out, I was right. In the past two 1/2 days, Denver has issued 2,933 citations for expired registration plates.

The city wasn’t giving tickets to cars with expired license plates for much of the pandemic. That moratorium ended this week.

I thought I had done everything right to try and get my new license plate as quickly as possible. So when I got a ticket, I had some questions, and those questions led to changes.

"Our plan had been on Feb. 1 to begin enforcing again. Then you reached out to me," said Kuhn. "We talked it through, kind of chatted about what some of the challenges were and what the state was going through and decided to continue the suspension of enforcement through the end of February."

Denver is now changing its plan and going back to not punishing people for having to deal with the long DMV backlog.

The state said people who still have expired temporary plates can contact their county clerks to get a letter saying they are in compliance.

On Jan. 20, 2020, the Colorado Department of Revenue Motor Vehicles Division sent out a press release titled, “Issuance of Motor vehicle registrations delayed due to COVID-19 shutdowns.”

The statement reads in part, “Customers who purchased their license plates via myDMV.Colorado.gov or specialty license plates at your county clerk’s office will experience significant delays in those license plates being produced and mailed to them. This may result in vehicles being operated by the owner with an expired temporary registration permit.” 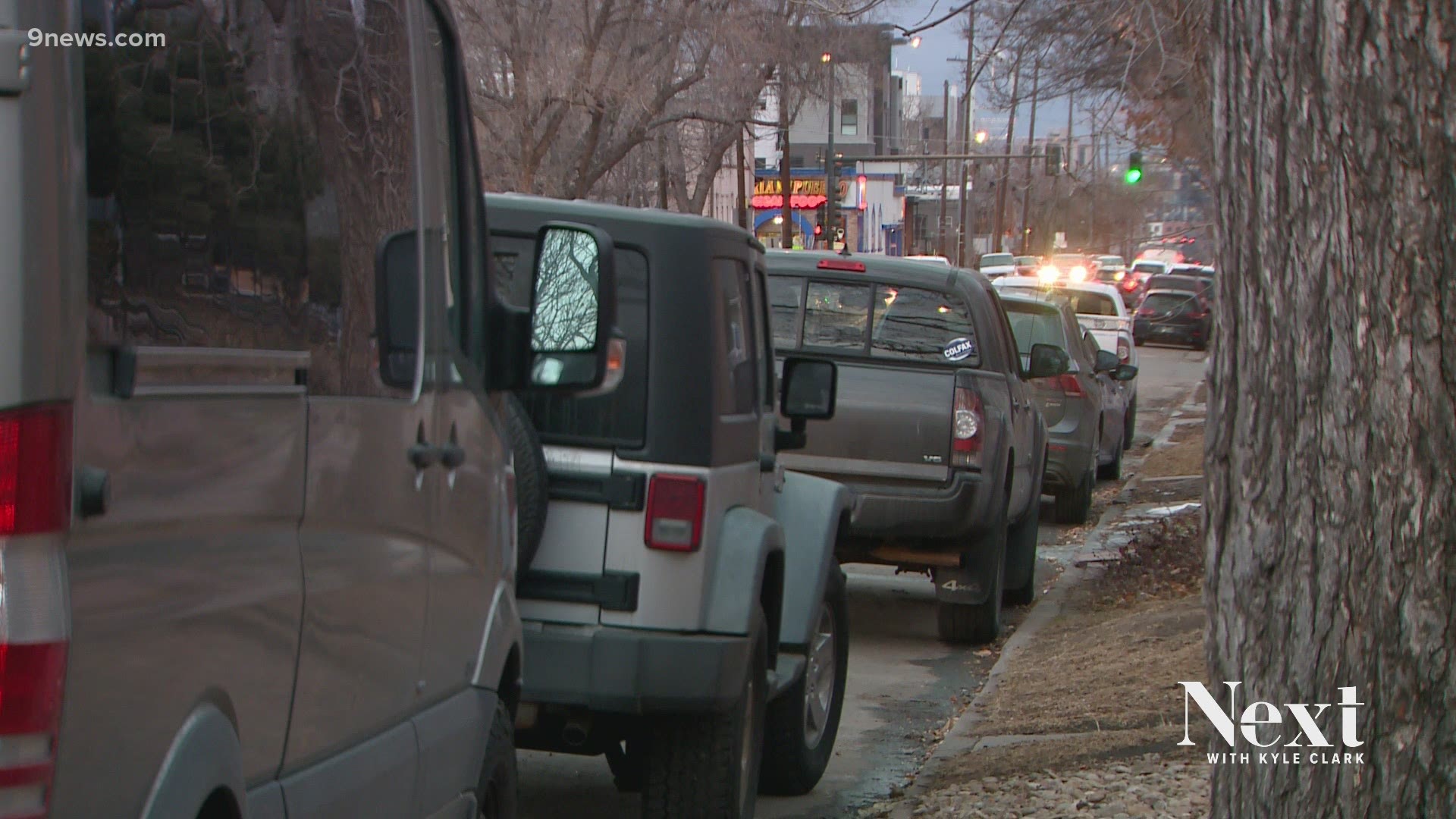 The statement advises customers with expired temporary license plates who had already ordered new ones, like myself, to obtain “a letter that county clerks and recorders can issue to customers to provide to law enforcement explaining the situation, if needed.”

In this situation, that letter wouldn't have done any good since I got a ticket when my car was parked and did not have any interaction with the parking agent who issued the ticket.

"Obviously that’s not a good solution to the problem that you present," said Stern.

Those 2,933 $75 tickets that Denver issued over the last two 1/2 days add up to nearly $220,000, but after 9NEWS started asking questions, the City of Denver announced Wednesday that they are voiding all of the issued tickets.

If you also got a ticket, I want to hear from you. Email me at marc.sallinger@9news.com