Nearly 70 companies have either relocated to or expanded operations in Austin, leading to 12,000 new jobs pledged so far this year. 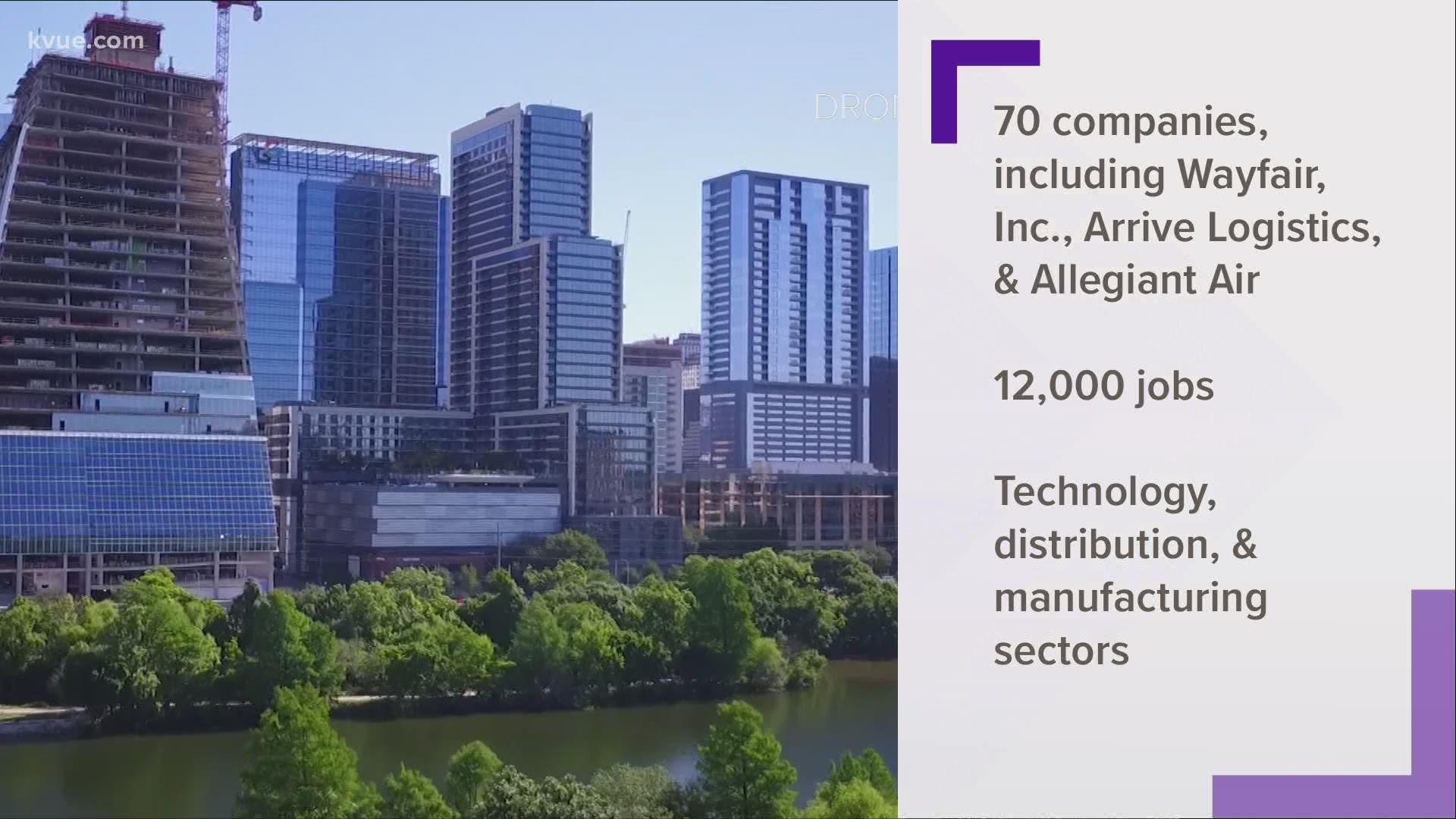 AUSTIN, Texas — Austin's market continues to boom amid the global pandemic and it shows with the number of jobs being brought in from companies moving to the Lone Star Capital.

So far in 2021, companies relocating or expanding to the Austin-metro area have brought approximately 12,000 jobs, according to Opportunity Austin, the economic development initiative of the Greater Austin Chamber of Commerce.

Records show companies such as Tesla, Amazon, FedEx and Arrive Logistics are among those bringing the most jobs to the area. Tesla has notably started building its $1.1 billion Gigafactory in southeast Travis County, and Amazon is bringing thousands of jobs to a distribution center in San Marcos.

There is a list of more than 70 companies on the list – half of which are new and half are expanding in the area – that account for nearly 12,000 jobs pledged in the first four months of 2021. Compared to the same timeframe in 2020, 37 companies brought 1,993 jobs, roughly six times less than this year. In fact, Tesla alone is bringing more jobs (5,000) than that entire timeframe last year.

RELATED: Allegiant Airlines will be first to make Austin's airport a base for airline operations

Nearly 10,000 of the 12,000 jobs pledged this year were announced in the last two months. Aside from Telsa and Amazon, other companies bringing jobs recently are: Wayfair Inc. (200), Arrive Logistics (600), and Allegiant Air (89), which plans to build an operations base at Austin-Bergstrom International Airport.

For a look at what companies will be hiring in the Austin area, look at this list from the Austin Chamber of Commerce.

WATCH: Allegiant Airlines will be first to make Austin's airport a base for airline operations

Whataburger serves up first new-look restaurant in the Austin area

US opens safety probe into 1.1 million Honda Accord sedans