Boomtown or bust? The big companies getting big incentives to move to Austin

Even during the pandemic, 154 companies announced plans to relocate or expand here in Austin. 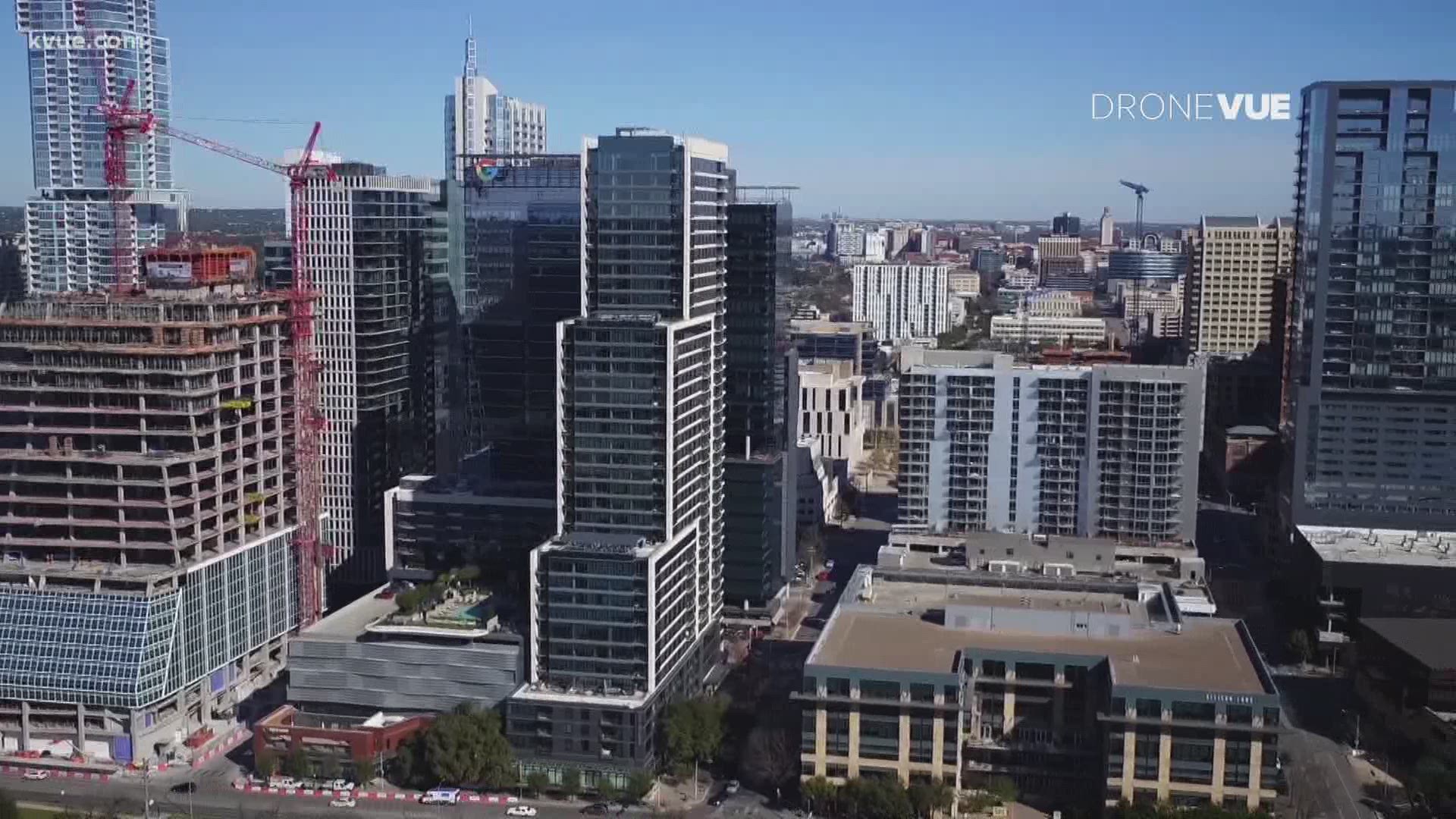 AUSTIN, Texas — Despite the pandemic, Texas is the leading destination for companies relocating from other states – adding a thousand new residents per day as people relocate to the Lone Star State.

In many cases, those transplants are moving to Texas because their companies decided to move here first, and in some cases, those companies get big incentives from the local government in the Austin area.

Austin is proving that in a Boomtown, progress is possible even during a pandemic. But at what cost?

BAE Systems has been in Austin 65 years. The international defense, aerospace and security company is one of the first big tech companies to choose Austin. Scott Hatch is the Austin site's managing director.

“We protect those who protect us. In a nutshell, we develop and we manufacture electronic systems that help bring the men and women of our armed forces and those of our allies home safely," Hatch said.

Home for BAE Systems is beginning to look different. The company is currently constructing a new facility off what has become a busy Parmer Lane in northwest Austin.

Austin saw a slight decrease in relocations and expansions from 2019, but the 2020 numbers are still impressive:

Credit: KVUE
A look at company expansions and relocations in Austin over the years.

“2020 proved to be the best year for attracting new jobs and new businesses to Austin,” said Laura Huffman, president and CEO of the Austin Chamber of Commerce.

One of the biggest companies to relocate to Austin was Tesla. Construction of the 7.9-million-square-foot Gigafactory is well underway. When complete, it will be the equivalent of about 138 football fields and employ 5,000 people.

Apple continues to build its second campus in Austin. The 3-million-square-foot, $1 billion-complex is also expected to employ 5,000 people.

“So incentives are important when there's a competition and when Austin is competing against other states and other places around the world. And it's often a global competition. It is important to have that tool in the toolbox,” Huffman said.

Big companies get incentives in Austin

The KVUE Defenders looked through incentive deals provided by the state, county and city, and discovered big companies tend to get those incentives.

The KVUE Defenders have learned Samsung is negotiating a deal right now to build a new chip factory on land it already owns near its northeast Austin plant. You can read more about the deal here.

It's asking for the maximum rebate on property taxes from Austin and Travis County.

Credit: Samsung application
According to state papers, Samsung's negotiations could mean a rebate of $805 million over the span of 20 years in exchange for creating at least 1,800 six-figure jobs.

It's similar to an incentive Samsung negotiated and got the first time around in 2005. City records show Samsung's original incentive amounts to $62,875,194 in tax rebates.

Apple is set to receive $8.6 million in tax rebates from the City of Austin.

Apple, Samsung and Tesla have current agreements with Travis County which allow them to receive even more rebates from the county.

One of the biggest of Travis County's incentive agreements is Tesla, which could total $60 million in property tax rebates.

Meanwhile, the City of Austin currently has nine active incentives agreements with companies. Here’s a quick breakdown of how those agreements work. The Samsung agreement is an estimation because it is an ongoing negotiation and is dependent on property tax values.

Credit: City of Austin
The City of Austin currently has nine active incentives agreements with companies. Here’s a quick breakdown of how those agreements work. The Samsung agreement is an estimation because it is ongoing.

Are these incentives fair? It's a question many people ask and one that's tough to answer.

These big companies do more than just create jobs at their own plants. They attract other businesses and give back to the community. Tesla has created a community fund that will be used to help Austin help smaller businesses.

"Since its initial launch in the Austin region, Samsung has invested and generated billions of dollars in economic activity," Huffman said. "But its effect on our community goes beyond economic benefit. Samsung has become an anchor of our region’s expanding manufacturing industry and has created a path for hundreds of other manufacturers to put down roots in Austin. Additionally, Samsung has proven itself to be an incredible community partner, contributing millions to Austin charities and programs. We are grateful for Samsung’s constant contributions to our region."

“For every job that Tesla creates, we're estimating there will be four additional jobs that are created and that's not just a supply chain. That will also be jobs in the small businesses that serve both the employees and the business around Tesla,” said Huffman.

We're already seeing it. Austin's business climate is so hot, it is attracting dozens of other companies, like Scotland-based Ooni pizza.

The portable pizza oven maker considered dozens of cities across the U.S. before choosing to move its North American headquarters to Austin.

“We looked at New Jersey, Atlanta and various other places, including Dallas, on the shortlist. When it came to Austin it was like a romantic feeling, like this is our place. We love the quirkiness of it. We love the kind of friendliness,” said Co-founder Darina Garland.

“So that was one reason, the kind of like foodie world, but also access to talent is incredible. And Austin, there's so much happening. And so there's an influx of bright, brilliant people,” said Garland.

Realtor.com is also planning a major expansion. The company is looking to fill dozens of sales, support and engineering positions in Austin.

“We chose Austin because it's an amazing place and a lot of people are moving to has a tremendous workforce. And, yeah, it's just some great talent in this town,” said Ben Rubenstein, chief revenue officer for Realtor.com.

“We have homegrown workforce and that human capital cannot be underestimated when companies are making relocation decisions or expansion decisions. Part of what they're looking at is whether or not there are people there in those places ready and available and trained for those jobs,” said Huffman.

Every company leader we spoke with pointed out that the biggest attractions to Austin are things money can't buy.

“Three things – the community, the collaboration and the culture,” said Hatch.

Even without incentives, BAE Systems plans to double its workforce.

“In terms of jobs, we have about 700 employees now, we're anticipating that this new site will allow us to house up to 1,400,” he said. “We did not take part in incentives because we were already here, but we did work with the economic development arms of both the state and the City of Austin and the Austin Chamber of Commerce. We looked at those and established great relationships and will continue to do so.”

It's the kind of investment that is proving to pay off even in a pandemic that has hit businesses hard.

BAE Systems and Tesla are already investing in robotics programs at the local school level, instilling a love of science and math in younger students.

With or without incentives, Austin is seeing a common goal among businesses: to keep this Boomtown growing for generations to come.

You can find the Austin incentive agreements here.

You can find the Travis County incentive agreements here.