Colorado's stimulus bill will add another $54 million into the funds and the state expects federal relief to complement current assistance. 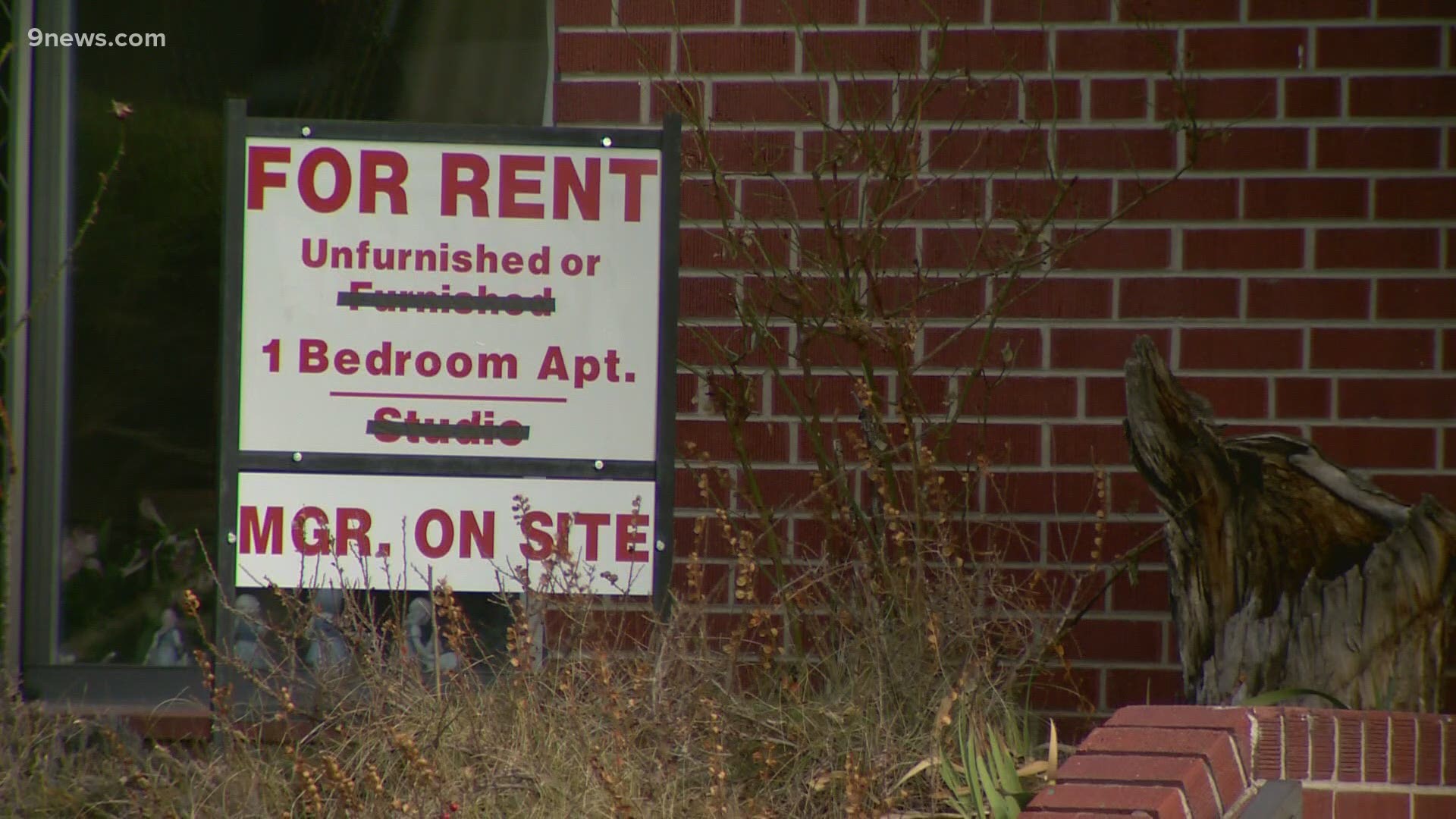 COLORADO, USA — The federal stimulus bill will extend the eviction moratorium through the end of January, but the Colorado Apartment Association(CAA) said even when it does expire they don't expect to see mass evictions because there hasn't been a drastic decrease in people paying rent.

"There has been a negative effect by all this, but it's not catastrophic," said Drew Hamrick, general counsel and senior vice president of government affairs for the CAA. "It's a manageable number."

Hamrick said rent collection in the state is down by about 2% compared to this time last year. A November survey showed 95.3% of Coloradans paid rent.

"So people are paying their rent," said Hamrick. "Eviction rates are at an all time low. I think when the moratoriums do expire we're going to see below normal eviction rates and there won't be a lot of drama out there."

But Hamrick added that we aren't seeing the full picture, there is still state and federal aid.

Since August the state's department of local affairs has paid out $23.7 to landlords whose tenants might not be paying rent under the Property Owner Preservation Program.

The state has paid out $5.8 million to tenants and homeowners under the Emergency Housing Assistance Program.

While a spokesperson for the state's department of local affairs said those two programs are nearing the end of their funding, Colorado's stimulus bill adds $54 million to replenish those programs and the state expects the federal relief bill to complement their assistance.

The CAA put together a list of resources for residents that include help with rent, utilities, and groceries.

They have also started a relief fund for donations to help struggling Coloradans with rent.