Officials with the state's labor department give an update on Colorado unemployment and fraud on Thursday. 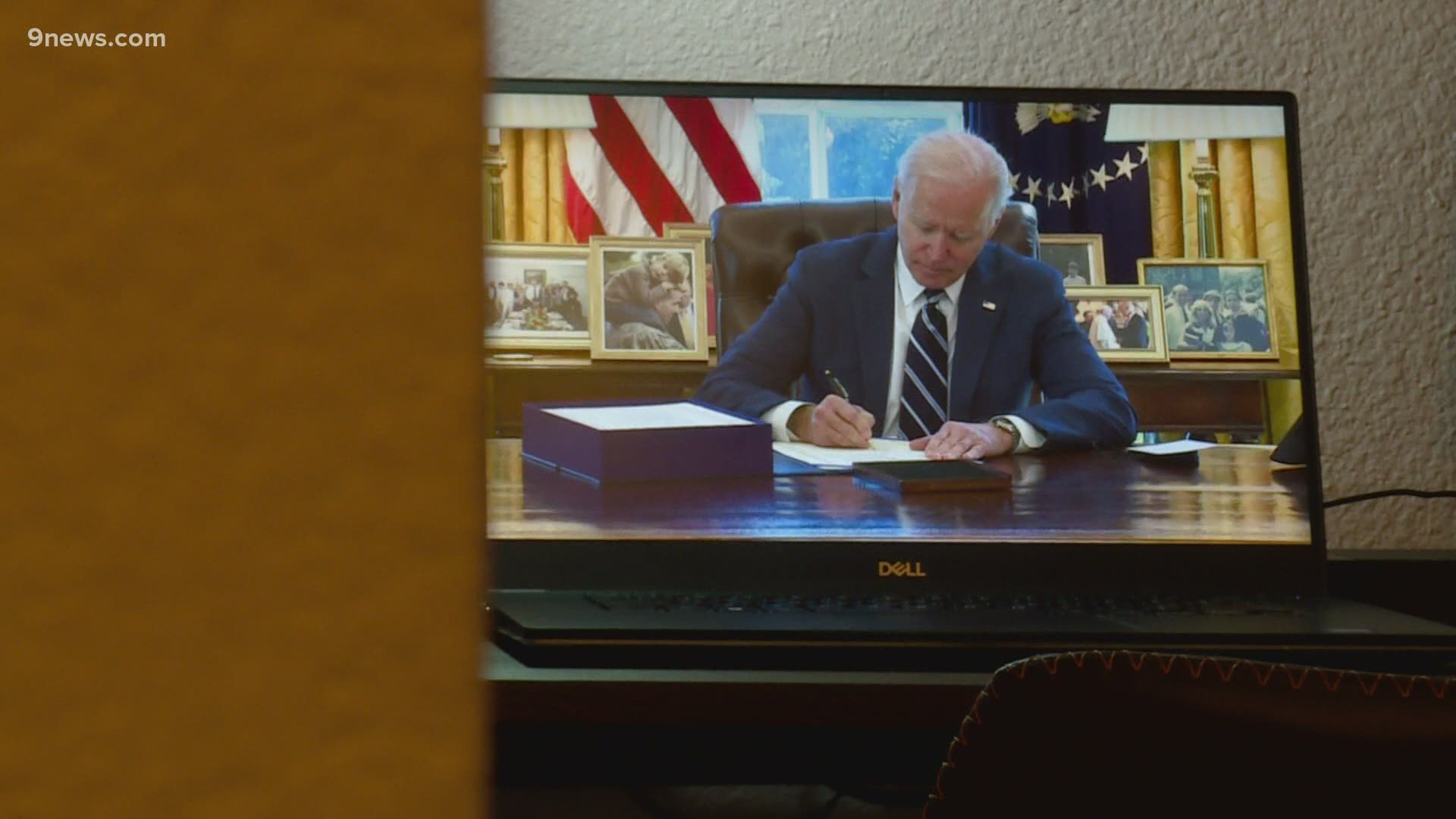 DENVER — The Colorado Department of Labor and Employment (CDLE) gave an update on unemployment benefits and fraud on Thursday.

CDLE said that there will likely be no gap in payments for claimants receiving federal benefits as long as President Joe Biden signs the the American Rescue Plan by Friday.

The labor department said it is asking the U.S. Department of Labor (DOL) for approval to deploy the extended programs before receiving official guidance, allowing CDLE to reprogram its systems as soon as the bill is signed.

Some programs were actually extended past that date, but CDLE said the effective end date for federal unemployment benefits will be the week ending Sep. 4 unless there is further legislation.

Currently, CDLE said the My UI system will go down for updates from 7 p.m. on Friday night to 3 a.m. on Saturday morning if the bill is signed on Friday.

CDLE said it is still evaluating the impact of the legislation on all clamant populations.

“It is our top priority right now to ensure Coloradans experience a seamless transition as the federal unemployment benefit programs are extended through the first week of September,” said Joe Barela, CDLE executive director. “We are grateful that Congress took the necessary steps before the current programs expire, saving hundreds of thousands of Coloradans the financial hardship and gap in payments we saw earlier this year due to a delay in federal action.”

The American Rescue Plan also offers a 2020 tax break on up to $10,000 of unemployment benefits.

CDLE estimated 11,944 new regular unemployment insurance (UI) claims were filed for the week ending March 6, and $32.5 million in benefits were paid out.

The regular UI data continue to be estimates adjusted for fraud, and CDLE said that there will be revisions made back through the roll out of the My UI system in January at some point.

CDLE said it has revised the number of initial PUA claims for the last four weeks, per DOL, to reflect only claimants who are filing new a PUA claim or who found intervening employment before reapplying to the PUA program.

Claims that were removed from the previous counts of initial PUA claims were existing claims that had a break in filing not related to new employment.

The updated PUA totals provided by CDLE are listed below:

Note: The benefits and lengths listed for federal programs are from the Continued Assistance Act, which may be different from the CARES Act that expired on Dec. 27.

CDLE and Attorney General Phil Weiser announced a new statewide task force last week aimed at investigating and prosecuting those who have committed fraud against the state of Colorado and the unemployment insurance system.

The state's unemployment filing system, UI+, has been beset by fraudulent claims for months. As of early February, CDLE said it paid more than $6 million to scammers since the pandemic began, although it also said it has prevented $7 billion in fraudulent payments from going out.

CDLE reported, that as of February, 1.1 million fraudulent claims had been filed since the pandemic began, compared to 1,043,760 legitimate claims that were filed and processed.

CDLE has tripled the size of its criminal investigation team since the start of the pandemic, with another round of hiring currently underway. Under the current task force plan, district attorneys will partner with the attorney general to review, charge and prosecute fraud and identity theft cases.

The number of Americans seeking unemployment benefits fell last week to 712,000, the lowest total since early November, evidence that fewer employers are cutting jobs amid a decline in confirmed coronavirus cases and signs of an improving economy.

The Labor Department said Thursday that applications for unemployment aid dropped by 42,000 from 754,000 the week before. Though the job market has been slowly strengthening, many businesses remain under pressure, and 9.6 million jobs remain lost to the pandemic that flattened the economy 12 months ago.

RELATED: US jobless claims fall to 712,000 as pace of layoffs eases