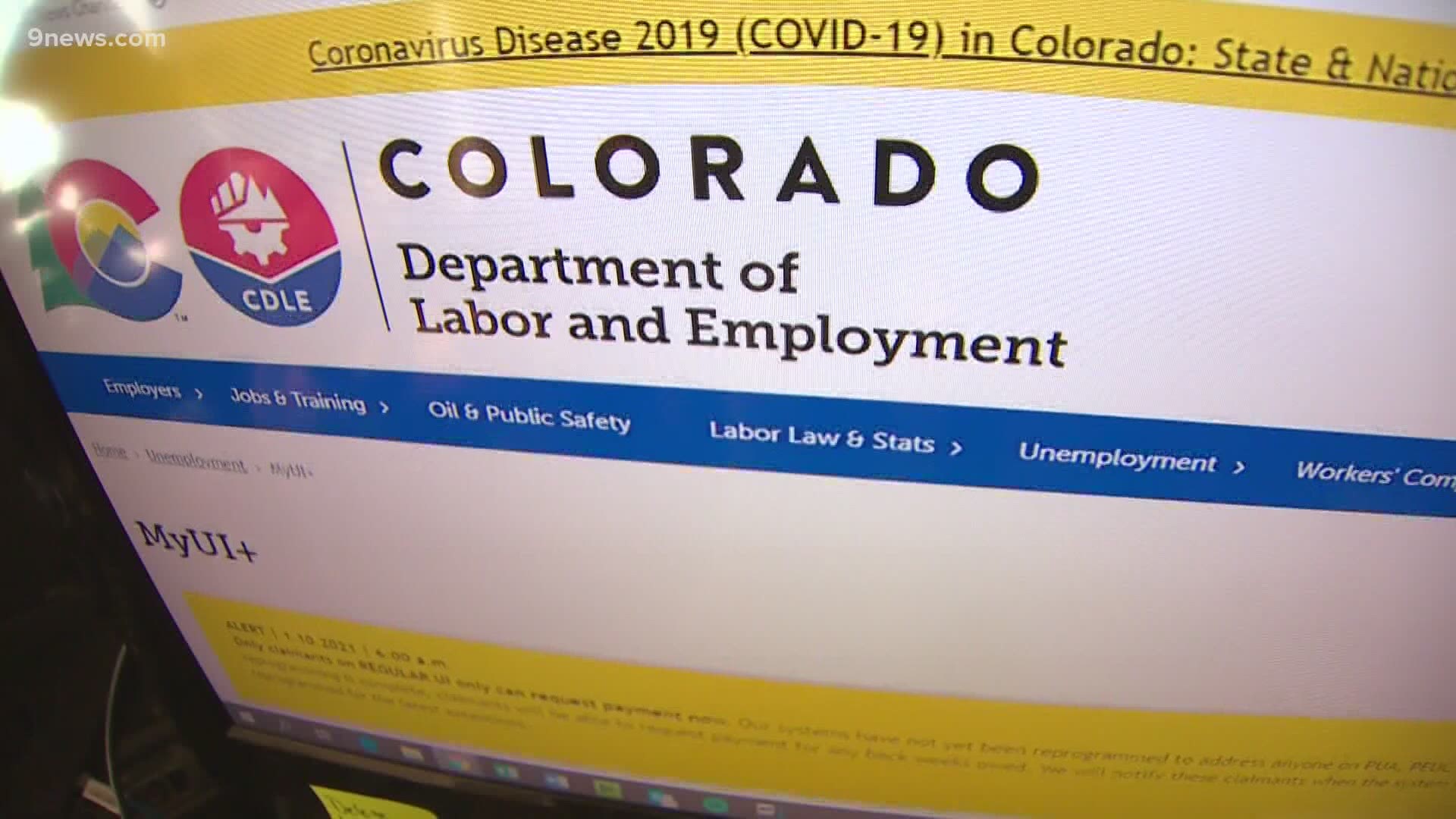 DENVER — The Colorado Department of Labor and Employment (CDLE) estimated there were 4,472 initial regular unemployment insurance (UI) claims after adjusting for fraud, and $12.7 Million in benefits were paid out the week ending May 1.

> Video above: Tech upgrades lead to delays for some receiving unemployment benefits.

There were 196,607 requests for continued weeks the week ending April 24 including 61,105 for UI, 52,898 for PUA and 82,604 for the Pandemic Emergency Unemployment Compensation (PEUC) program. CDLE estimates those requests were made by 163,895 individuals.

Beginning the week ending April 10, CDLE said the decline in claims and benefits paid out is partially due to the expansion of ID.me identity verification requirements to all claimants.

CDLE said it adopted a new emergency rule this week that allows it to disqualify claimants if they do not show up to a scheduled interview, a scheduled exam, the first scheduled day of new work or do not complete required pre-employment activities.

The rule also allows disqualification if false or incorrect information is knowingly provided during an interview that would cause a applicant to be considered unqualified for a job.

RELATED: US unemployment claims fall to a pandemic low of 498,000

The number of Americans seeking unemployment aid fell last week to 498,000, the lowest point since the viral pandemic struck 14 months ago and a sign of the job market's growing strength as businesses reopen and consumers step up spending.

Thursday's report from the U.S. Department of Labor showed that applications declined 92,000 from a revised 590,000 a week earlier. The number of weekly jobless claims — a rough measure of the pace of layoffs — has declined significantly from a peak of 900,000 in January as employers have ramped up hiring.

At the same time, the pace of applications is still well above the roughly 230,000 level that prevailed before the viral outbreak tore through the economy in March of last year.

As vaccinations have been more widely administered, restrictions on businesses have gradually lifted and consumers have become more willing to travel, shop and dine out, stronger spending has boosted hiring, slowed layoffs and accelerated growth. The economy grew last quarter at a vigorous 6.4% annual rate, with expectations that the current quarter will be even better.