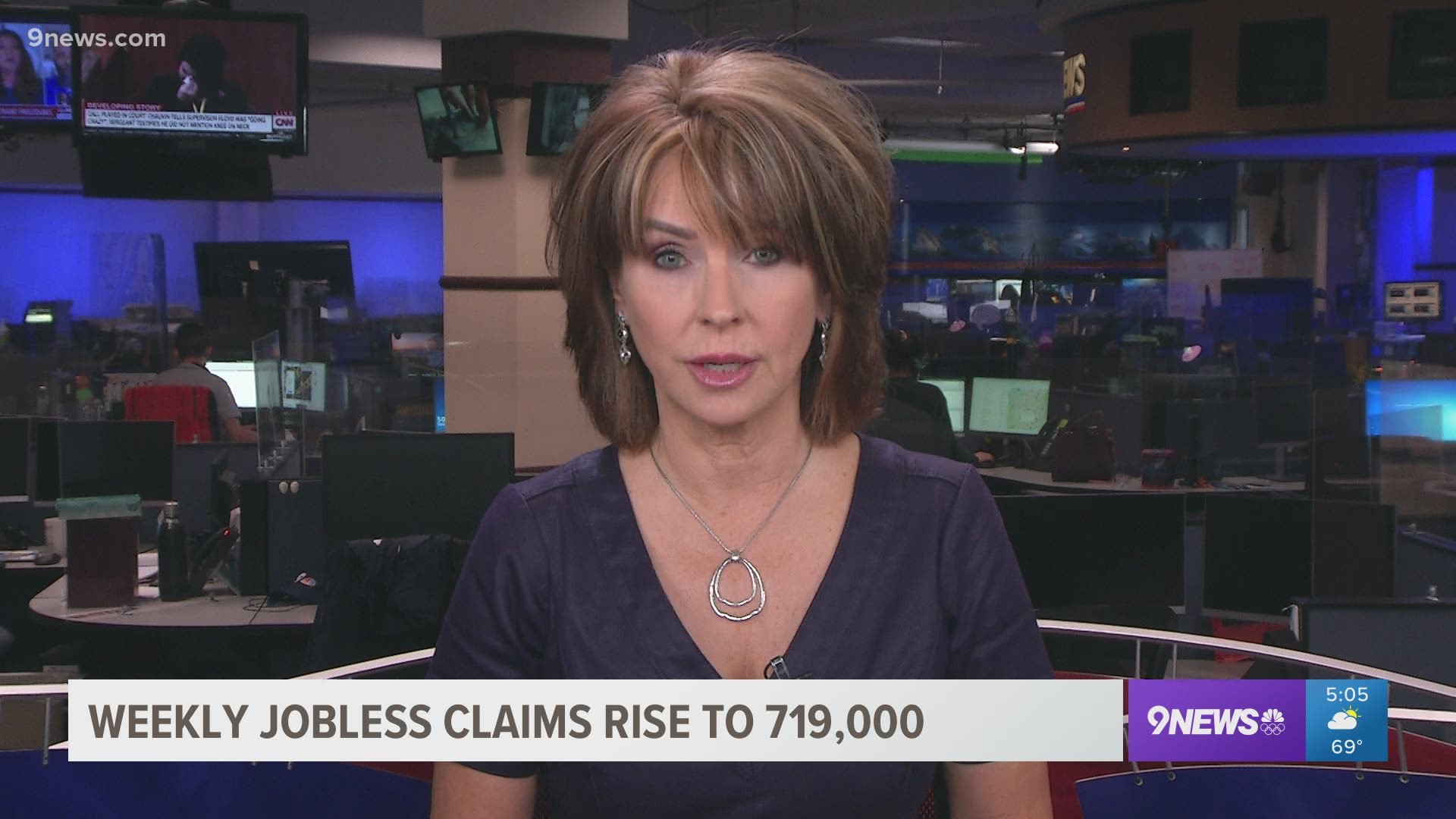 DENVER — The Colorado Department of Labor and Employment (CDLE) estimates 10,268 initial regular unemployment insurance (UI) claims were filed the week ending March 27 after adjusting for fraud, and $25.3 million in regular UI benefits were paid out.

There were 278,771 total continued claims for the week ending March 20 including 94,680 from regular UI, 85,796 from PUA, and 98,295 from the Pandemic Emergency Unemployment Compensation (PEUC) program, according to CDLE.

Due to a significant increase in suspected fraud, particularly in the PUA program, CDLE said it is requiring all claimants with continued claims who have not verified their identity through the the ID.me process to do so. The process takes about 15 minutes.

If a claimant cannot complete the self-guided process, they will need to verify their identity through a live video call with an ID.me representative.

About 15% of all claimants do need to be verified through a live video call, and CDLE said that wait times are currently high due to the volume of calls.

Claimants should not verify their identity via ID.me if they already have, or if they have reported a fraudulent claim and have not applied for unemployment benefits during the pandemic.

CDLE also said that many Coloradans who first filed for unemployment at the beginning of the pandemic are reaching their Benefits Year End date and will need to file new claims.

PUA claimants do not need to reapply when they reach their Year End date, but they do need to file for regular UI every quarter.

CDLE also announced it will automatically refund money to taxpayers who filed their tax returns reporting unemployment compensation before the federal government announced the first $10,200 per individual will not be taxed in 2020.

The number of Americans applying for unemployment benefits rose by 61,000 last week to 719,000, signaling that many employers are still cutting jobs even as more businesses reopen, vaccines are increasingly administered and federal aid spreads through the economy.

The labor department said Thursday that the number of claims increased from 684,000 the week before. Though the pace of applications has dropped sharply since early this year, they remain high by historical standards. Before the pandemic flattened the economy a year ago, jobless claims typically ran below 220,000 a week.

All told, 3.8 million people were collecting traditional state benefits during the week ending March 20. Including federal programs that are meant to help the unemployed through the health crisis, 18.2 million people were receiving some type of jobless aid in the week that ended March 13. That's down from 19.7 million in the previous week.