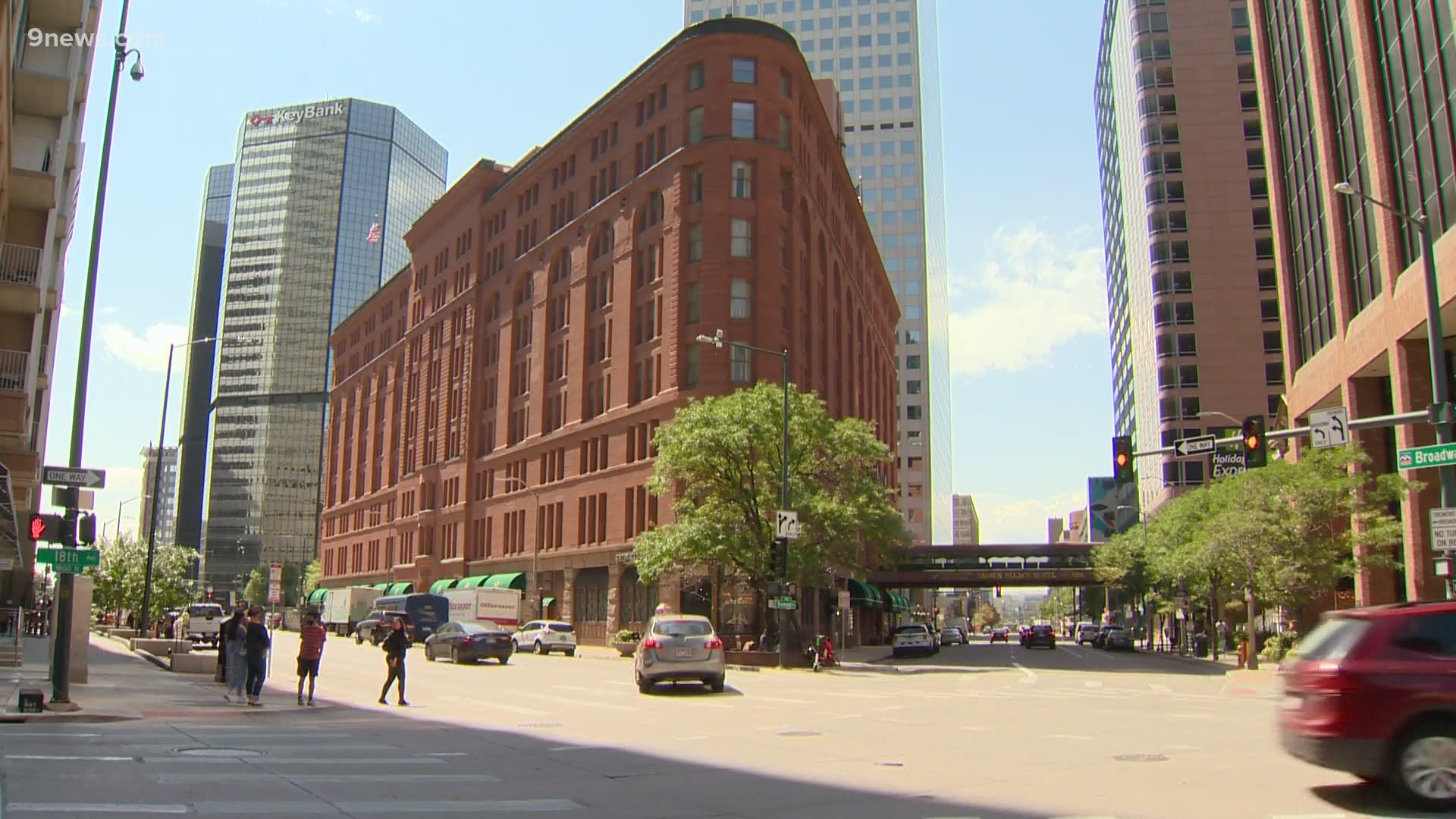 Even the historic Brown Palace has not been immune to the pandemic.

In April, the Brown Palace closed its doors for the first time in its 128-year history. Moschetti welcomed guests back in early June.

"For now we’re holding strong and we’re hopeful that things continue," Moschetti said of the rebound.

"We’re fortunate that Denver has a fantastic brand and tourism product. We think there are very good reasons to be optimistic about the future. We are a glass-half-full industry," Davis said.

According to Davis, tourism in Denver "generates six billion dollars in economic impact each year," and supports 60,000 jobs.

"The hotel industry is critical to the survival of Downtown Denver," Moschetti said.

Data compiled by the Downtown Denver Partnership shows the occupancy rate of available hotel rooms in July was at 31%, an improvement "from a historic low of 9.5% in April."

The total number of available room nights is also on the rise "after 100,000 room nights were taken off the market in the spring."

Davis also pointed to recent travel out of Denver International Airport as a reason for economic optimism.

"It was the busiest airport in the country, during the months of July and August this year which indicates to us that demand already, to a certain degree, is beginning to return and people are taking to the skies again and they’re coming to Denver," he said.

These days, it's mostly leisure travelers sustaining the Brown Palace.

"The group and events component and also the business travel are pieces that we still really need in order to grow our occupancies back up to anywhere close to where they used to be," Moschetti said.

Before the pandemic, the general manager told 9NEWS business travel can account for anywhere from 20-40% of occupancy. Group bookings are another 30-40%.

The recent postponement of the National Western Stock Show serves as a poignant example of the absence of this business.

Neither Moschetti nor Davis could forecast when those customers are likely to return.

"It’s going to be very gradual. It’s very difficult and unpredictable right now. Unfortunately, conventions and meetings are in a temporary state of COVID-induced paralysis right now for a number of reasons," Davis said.

RELATED: Q&A: Real-time data show how, when and where people in Denver are spending their time 6 months into the pandemic