Food banks see new faces every day during the pandemic

In late March, about 30% of visitors to the Action Center were first-time visitors, the executive director said. 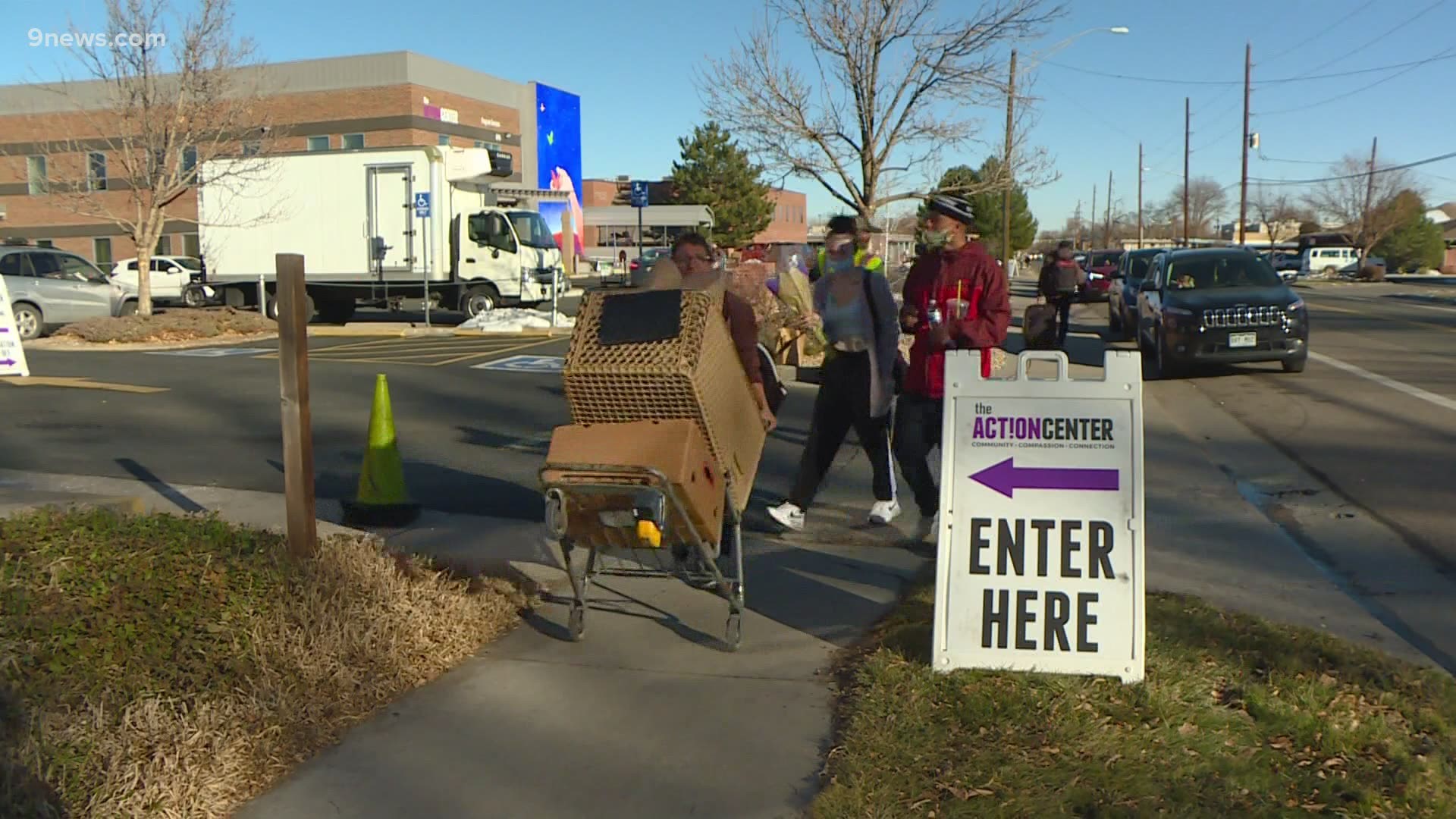 LAKEWOOD, Colo. — Need can be measured in the line of cars that formed Monday afternoon along West 14th Avenue in Lakewood.

One by one, cars pulled into the parking lot of the Action Center where they were greeted by volunteers with donations of food, clothing and more.

“All of these items that we give out are free and we’re here for anyone who needs help," said Brier, executive director of the Action Center.

Before the pandemic, the Action Center at 8755 W. 14th Ave. typically helped about 300 to 400 households each week, Brier said.

Volunteers have gotten used to meeting new people facing new challenges. Brier said 15-20% of the clients who visit each day are brand new to the Action Center.

"They've probably never been in this situation before and have never had to even think about asking for help," she said.

More than 39,000 people in Jefferson County have been out of work due to COVID-19, according to statistics from the Jefferson County Business and Workforce Center. Between mid-March and November, the Action Center volunteers distributed nearly 1.5 million pounds of food and served more than 19,000 households.

Many families need more than food. In a typical year, the Action Center distributes about $100,000 in rent assistance, Brier said.

No matter how it's measured, the need is not going away.

“We always sort of say, what the Action Center would really like is to be put out of business and not be needed anymore," Brier said. "Unfortunately, that doesn’t seem like that’s going to be a reality anytime in the near future.”

Brier said the Action Center is need of volunteers as the number of COVID-19 cases rises in the metro area. People can also bring donations of food directly to the dock at the center.