Developers hope to break ground on the project along the South Platte River in the next 18 months. 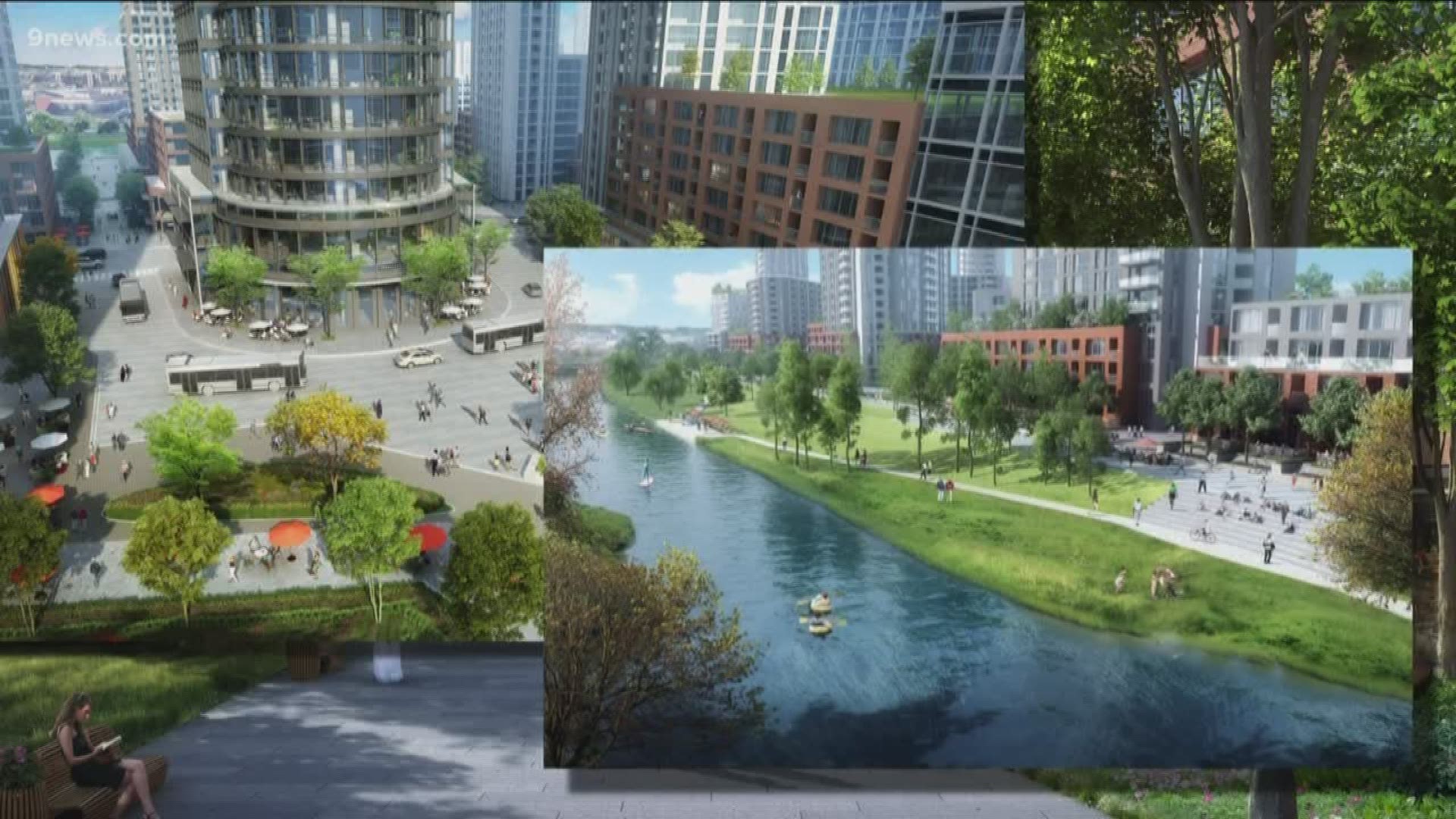 DENVER — It’s billed by the developer as a place where the city and nature come together.

Revesco Properties is behind River Mile, a 25-year real-estate development project with a vision of bringing a downtown Denver neighborhood to the edge of the South Platte River.

River Mile is described by Revesco Properties as an urban district that “unlocks the waterfront,” opening the river to high rise condos, restaurants, retail, schools, and entertainment space.

In a video on the company’s website, lead developer Rhys Duggan said he is focused on downtown density.

“Let’s not grow out into the suburbs and into the farmland. Let’s grow up and close in. People don’t have to go as far, the stress on the infrastructure is not as great,” he said.

Developers are looking to cities like Portland, Oregon and Vancouver, Canada with waterfronts for inspiration.

The long-term plan is to relocate Elitch Gardens to make room for new phases when they’re ready to be built. Revesco Properties said demolition and relocation of the amusement park is still likely years down the road.

“When Elitch moved here in the early 1990s, it was a great interim land use for this site. Fast forward 25 years, this has become a focal point, a 62-acre site, right downtown, with a mile of riverfront and light rail stops,” said Duggan.

Dana Crawford, who founded Historic Denver and helped save Union Station from demolition supports the project.

“I don’t think we want to keep stretching, stretching and stretching. It doesn’t make any sense from a transportation perspective.”

The city approved the rezoning of the land that the amusement park is located on last year.

Kristopher Johnson, Principal City Planner Urban Design with the City of Denver, said this project will likely attract more people to the city.

“We think it could add tremendous value to the city in terms of its marketability and optics across the entire country,” said Johnson.

The population in metro Denver is expected to grow by 1.4 million by 2040 according to Denver’s Reginal Council of Governments. Revesco Properties predicts River Mile will bring roughly 13,000 people to the area.

Rezoning of land included no height restrictions allowing the developers to build some of the city’s tallest towers.

There is also what’s called a parking maximum when it comes to commercial and residential development, which is a relatively new concept for Denver. For example, in a new residential tower, every condo unit would not be guaranteed a space since parking spaces are capped.

The developer has agreed to set aside 15% of the new housing as “affordable” units at a mix of income levels.”

Duggan told 9NEWS that Billionaire Stan Kroenke is a silent partner. The sports franchise owner is helping fund the multi-billion-dollar project. Duggan said the infrastructure alone comes with a price tag between $500 and $600 million.

Before breaking ground, Revesco Properties said the South Platte River must be rebuilt and dropped by eight feet to reduce the risk of flooding in the event of a 100-year flood. The developer is working with the Greenway Foundation to clean the river and restock trout supplies.

“Before they even put a shovel in the ground, there’s a lot of groundwork on the city’s side to ensure we’ve got the framework established correctly before we move forward,” Johnson said. “This is a very important project for the city. And we want to make sure it’s done right.”

The developer is still working through the design and permitting process with the city. Duggan said the project is hoping to break ground in the next 18 months.

River Mile comes as other communities like Stapleton-Northfield are running out of space to build.

In the last two decades, 9,000 homes have gone up on the land that used to be the former Stapleton International Airport, according to the developer, Brookfield Properties. 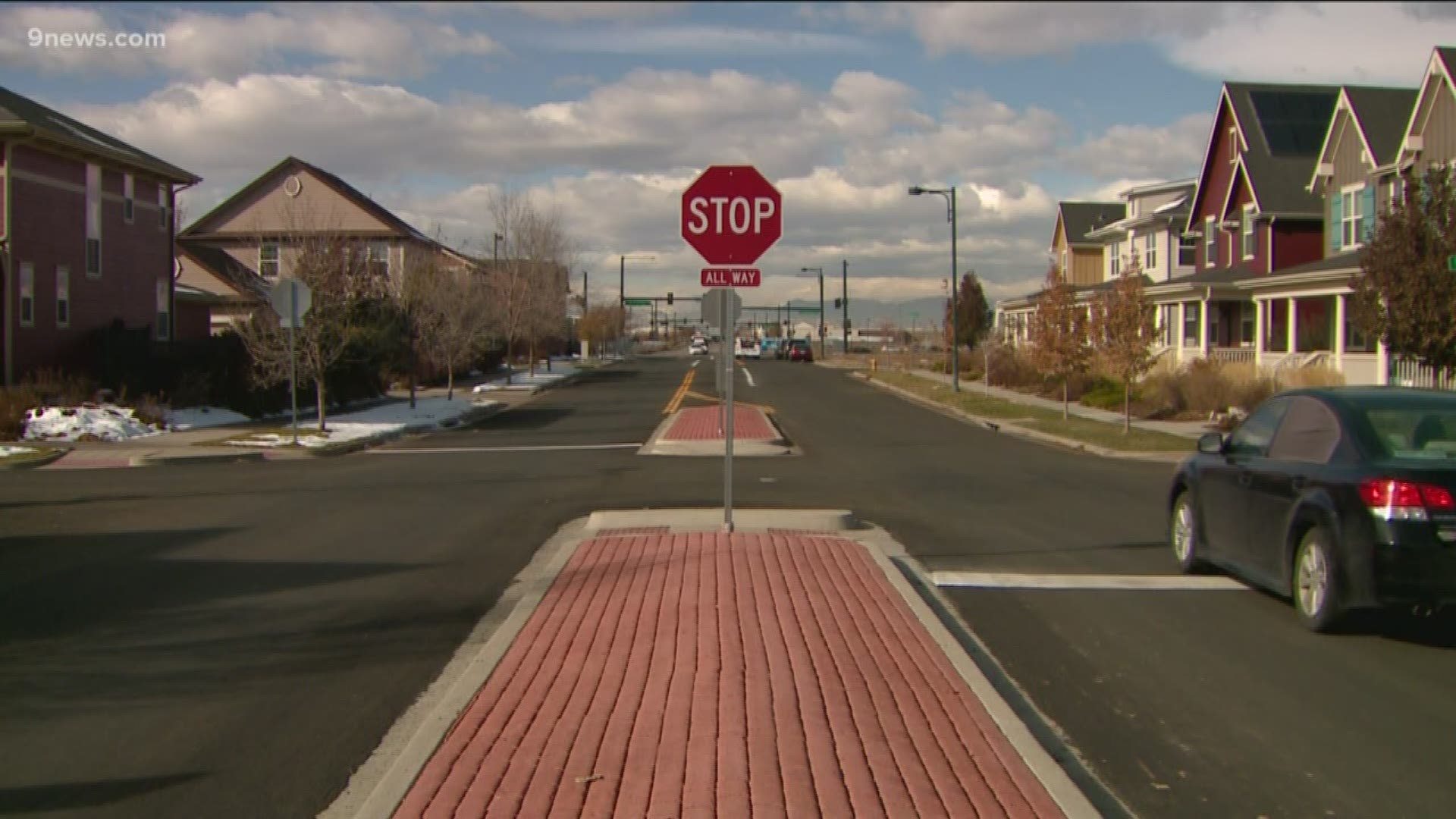 District 8 Councilman Christopher Herndon believes Stapleton is an attractive place to live because of its location. It’s not far from downtown and close to Denver International Airport.

“If you’re looking for a community that has great schools, great open space, great recreation centers, great access, community events. It is a great place for anyone,” said Herndon.

Some of the schools are at or above capacity too. A new wing is under construction at Northfield High School. When finished in 2021, Denver Public Schools says student capacity will increase to 1,762.

The city says it accounted for an increase in students when it planned the community. Brookfield Properties says there around 10% of open space remaining to build new homes.

“The beauty of Stapleton is we are not done. We’re continuing to grow. We still have land that’s available. And that’s a challenge in other neighborhoods in Denver.”