Morning Glory Café said a lack of employees has forced them to close two days a week that they would normally be open. 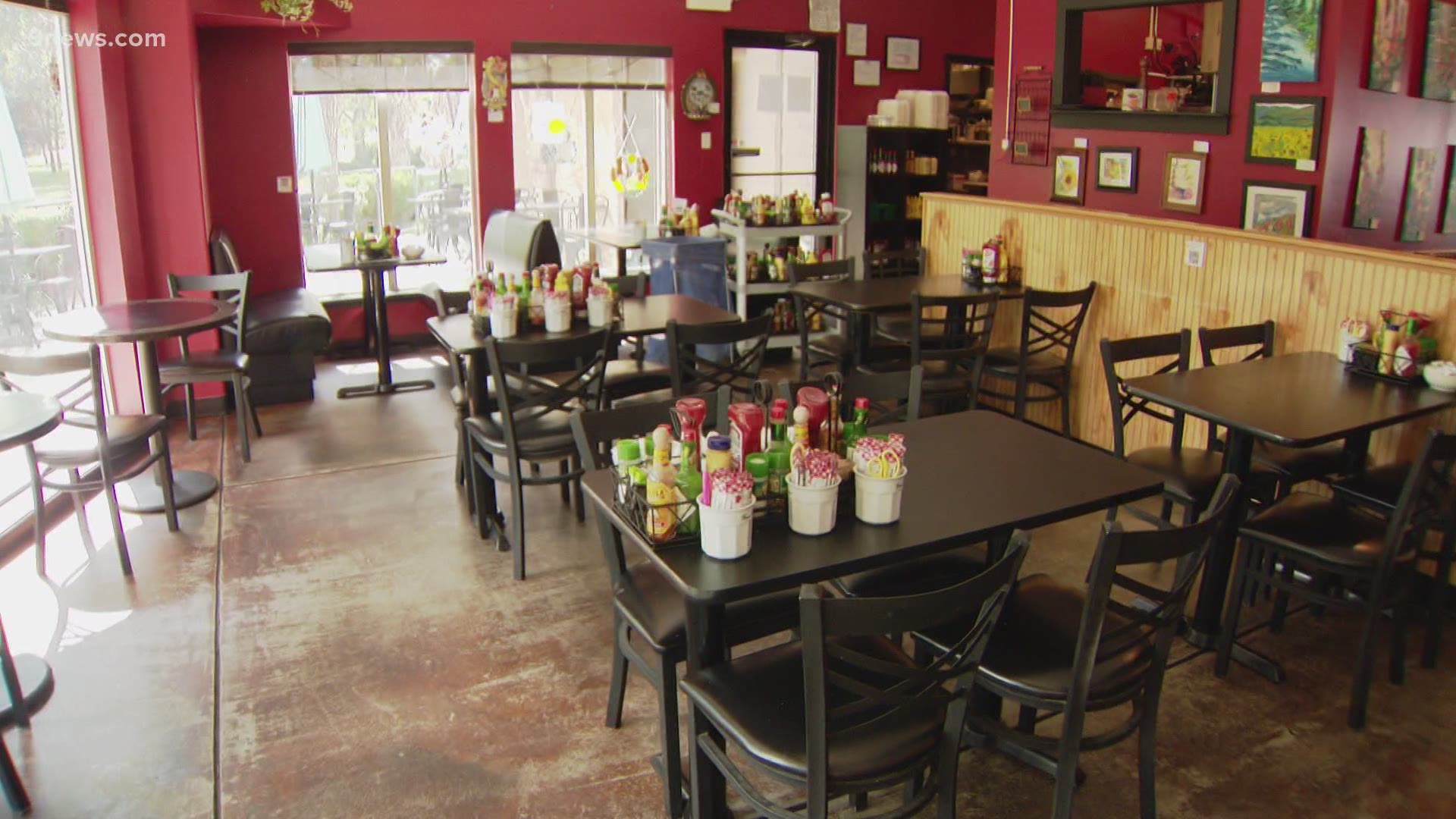 LAFAYETTE, Colo. — The door at Morning Glory Café in Lafayette comes with a message – it asks for patience.

It's a virtue owner Jules Lieb has become all too familiar with this past year.

"We close at 3 p.m. Sunday and we don’t open again until 8 a.m. Wednesday morning," said Lieb. "We need four more servers right away."

While hundreds of restaurants closed during the pandemic, those that survived are finding the reopening process isn’t as simple as they hoped. From staffing shortages to challenges getting government relief funds, it’s forcing some, like Morning Glory Cafe, to cut their operating hours.

The tables aren’t usually empty on a Tuesday afternoon. The bar isn’t supposed to be silent at this time of day. But, the number of servers employed by the restaurant also can’t be this low.

Business has boomed since the state reopened a couple months ago. They’re serving more people than ever. And yet, they’ve had to cut the hours they’re open.

In a year already filled with challenges, the difficulties continue. The price of foods like dairy and meat have also gone up, but Lieb doesn’t want to raise her prices on the menu. She applied for money from the Small Business Association’s Restaurant Revitalization Fund, but says they weren’t chosen before the program closed Tuesday.

When the pandemic started, Lieb said 47 people worked at café. Now Lieb said there are only 22. If they could just hire a couple more, they’d be able to open every day of the week like before.

"I didn’t get the money. We’re going to be OK thanks to our customers, but there’s a lot of people who are not going to be OK," said Lieb. "To put it into perspective, we’re doing the same amount of business in five days that we used to do in seven."

Busy is good – Lieb just wishes there were more employees by her side.