Stocks are going up and so are unemployment numbers. Here's why

The harsh reality is the markets reflect corporate profits and optimism, not what's happening on Main street. 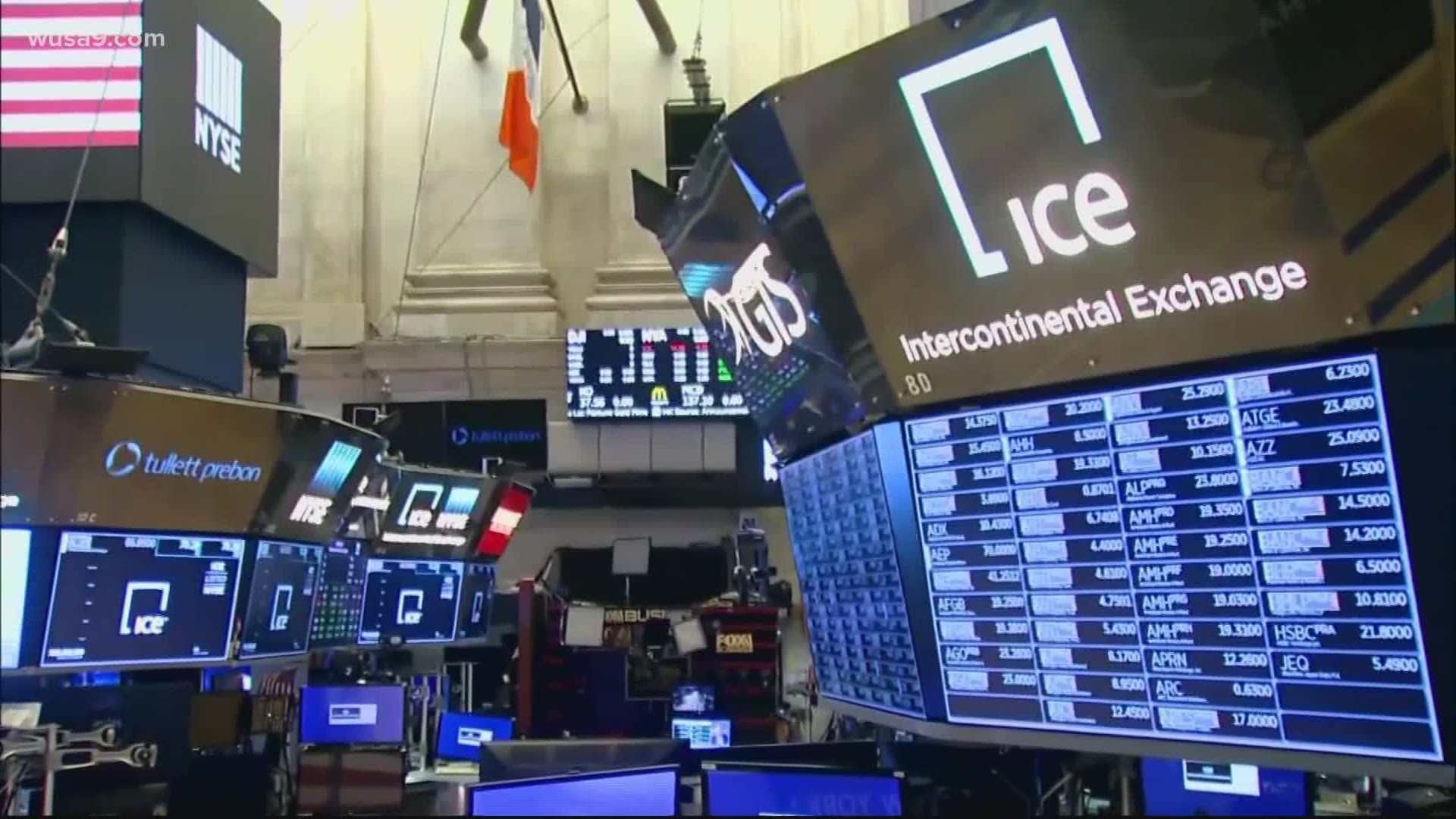 WASHINGTON — What is going on with the economy? More than 30 million Americans are out of work, but the stock market has rallied since the early days of the pandemic. If it doesn’t seem to make sense that is because the two aren’t that related.

“Where you were before I think there was a real correlation it wasn’t perfect, but now there is no correlation,” said Stock Market Expert Peter Ricchiuti.

That is a harsh truth to come to terms with. As a business professor from Tulane University, Ricchiuti is full of them.

His analysis of the markets can explain why in the last few weeks unemployment is up and so are the markets.

Stock market analysis can cause the eyes to glaze over. Ricchiuti breaks it down simply. He said 70 percent of the stock market is based on consumer spending. The rest has to do with the actual value of stocks.

“Companies buying back their own stock did a tremendous job in raising earnings per share without helping the economy whatsoever,” he explained.

We would never notice the breakdown between the economy and stocks because for the last 11 years our retirement funds have been up. Therefore, the economy must be doing well.

“What’s that old saying? ‘You know whose been swimming naked when the tide goes out’,” Ricchiuti quipped.

The pandemic shut down economies and the markets crashed.

However, by May some of the markets started to bounce back.  At the same time, unemployment continued to hit record highs and consumer spending is way down.

For that reason, Ricchiuti thinks the economy isn’t going to bounce back like the markets.

“I think it's going to be much more like that Wile-E-Coyote moment where you jump out and realize there is nothing underneath there,” he summed up the state of the future.

RELATED: Powell warns of a possible sustained recession from pandemic