Governor vetoes bill that could have generated too much money

The bill would have added late fees and back taxes to people who register their cars after the deadline. 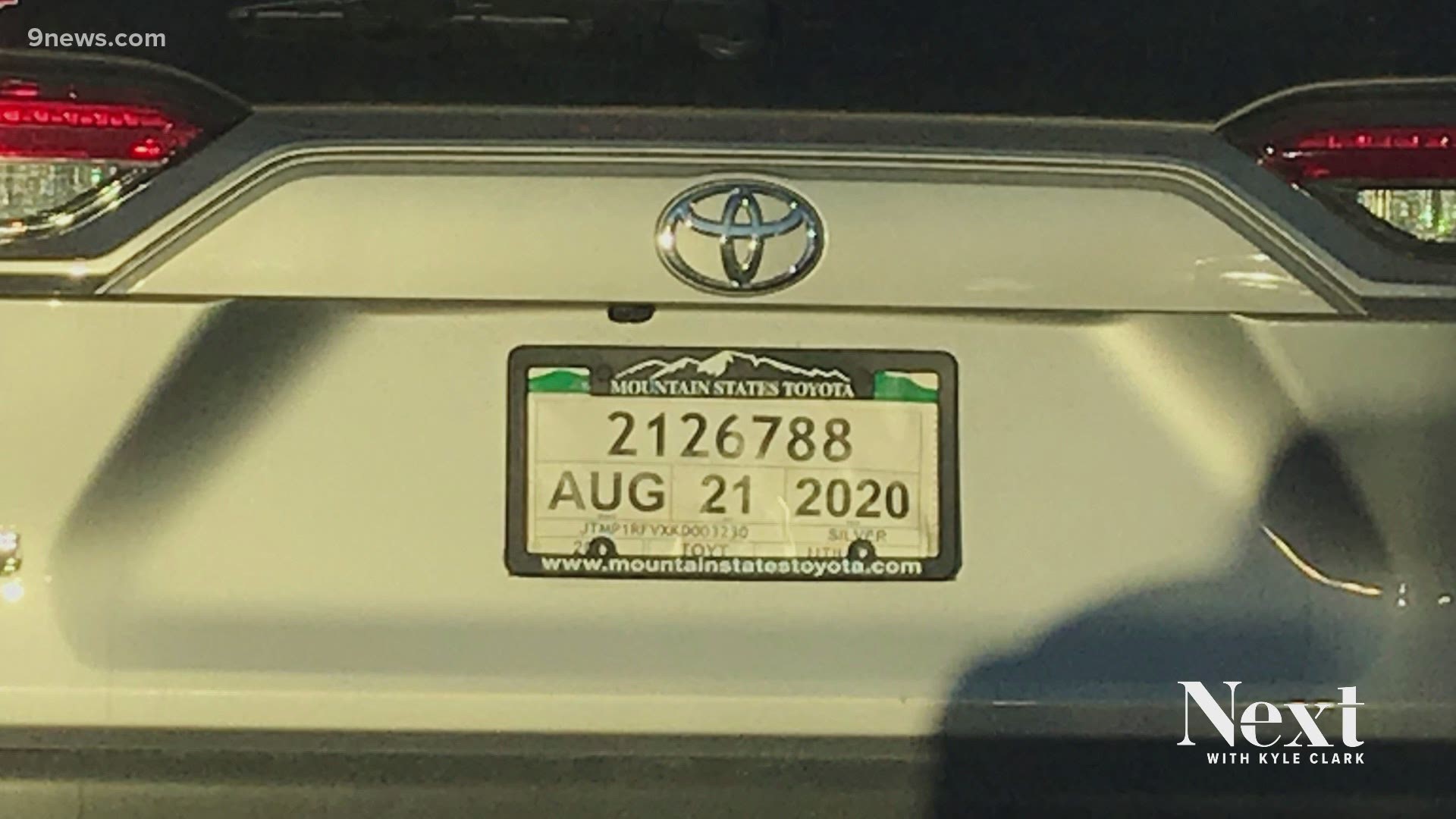 COLORADO, USA — A bill to require late fees and back taxes for drivers who register their vehicles beyond the deadline was vetoed by Gov. Jared Polis (D).

The main reason? It could bring in too much money for the state.

The bill would have addressed that issue. The Department of Motor Vehicles has no penalty for drivers who are late registering a newly purchased car or registering an out-of-state vehicle. Drivers can be penalized late fees for not re-registering an already registered vehicle.

"The burden for a lot of people was real in 2020, but 2020 was a long time ago in registration months and registration stickers," said Hucks. "Get with it. We all have to register our cars."

"This is a really great opportunity for the people of Colorado to save on registration fees in the future, just by having everybody participate in that system," said State Rep. Alex Valdez, D-Denver.

"Our intention with this was to collect money that is, frankly, owed the state anyway," said Larson. "I mean, how many people are upset about the California or the Texas or the Pennsylvania license plate driving through their neighborhood that people know they've lived there for two years and they just never registered their vehicle because right now there's no incentive to."

According to the governor's veto, the new money from people who should be registering their vehicles anyway, could put Colorado over the Taxpayer Bill of Rights (TABOR) limit, triggering a refund. Though, the refund would come from general fund money and not the vehicle registration money.

"It adds more money where it should be coming from, but it also takes away from expenditures elsewhere like schools and things like that. It's really complicated," said Valdez.

TABOR limits how much revenue the state can bring in and keep each year. If the state goes beyond the limit, a refund is triggered.

"That's what we were both transparently talking about, was putting back in people's pockets," said Larson. "I was OK with the idea of putting it back into people's pockets when they register their car through lower fees, but if we get a TABOR refund, great. But it doesn't change the purpose of the bill."

Drivers can be penalized for not having up-to-date registration, just not by the DMV.

"Getting a ticket. Getting pulled over. Getting penalized for parking and having expired tags, really that's the only incentive we have right now," said Valdez.

"We all hate late fees. Nobody hates late fees more than me, but how else do you compel people to get their plates registered?" said Hucks.

If lawmakers want to try again next year, they will need to figure out how to make it revenue-neutral for the governor to sign. Meaning, people paying their fair share needs to be offset by savings for those of us who pay our fair share already.

"We get it vetoed because God forbid people should get a TABOR refund. I just think it's bizarre, but you know, that's this job I guess," said Larson.