9NEWS Financial Analyst Bruce Allen said the surge in day-trading is reminiscent of the dot-com bubble of the 1990s. 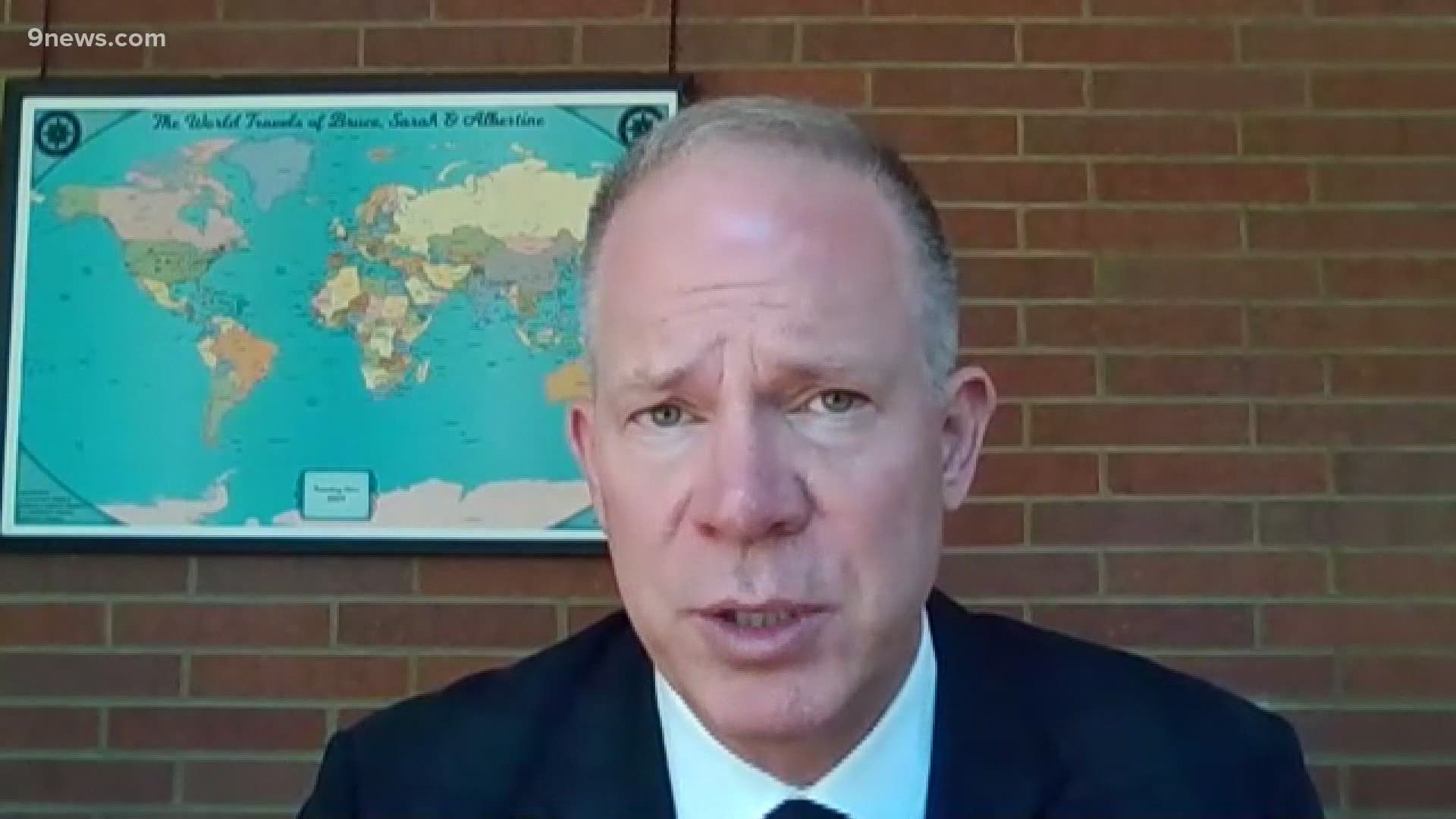 COLORADO, USA — Thousands of new investors are flocking to day-trading sites, pouring millions into stocks and buying and selling them at a furious rate, according to UBS Global Wealth Management.

UBS, a Switzerland-based wealth management firm, said the investors are often inexperienced and the pace at these day-trading sites is reminiscent of the dot-com bubble of the 1990s.

Charles Day, who founded The Charles Day Group, a private wealth management team at UBS, said that with the stock prices of companies like "Fangdd Network Group Ltd." and "Nikola Corp." surging —sometimes in a matter of hours or days — clients should stick to more widely-known names.

Wealth management firms like UBS and data giant Bloomberg have stated they fear investors are betting on stocks in the absence of betting at casinos and sporting events.

RELATED: Experts say Colorado meat prices may have hit their peak after pandemic's impacts on supply

Bloomberg said trading apps like Robinhood — a California-based financial services company — are, "throwing financial jet fuel on the speculative fires of coronavirus-era equity markets." Boomberg said it's just like the dot-com mania of the 90's, with starry-eyed day traders dreaming of online riches.

The real problem, according to 9NEWS Financial Analyst Bruce Allen, is that these largely homebound novices are setting themselves up for a disaster.

"Some analysis has revealed that many of the investors that are coming to Robinhood and other discount brokerages like this are fairly new to the stock market," Allen said. "They don't have deep knowledge about the stock market or investments, and they are fairly naive about what can happen, especially when markets go down. And some of these investors have a belief system that believes that stocks can only go up, and they are chasing stocks not as investments, but like lottery tickets."

RELATED: Here’s how to qualify for up to $6,000 in mortgage assistance

Bloomberg reports that 20-year-old Alexander Kearns ended his own life after his Robinhood account showed a negative balance of more than $700,000.

Robinhood said it's reviewing its "options to determine if any changes may be appropriate," and that they are deeply saddened by Kearns' death.

These sites continue to attract thousands of new traders. Allen said Robinhood has some 300,000 members.

"In April, they only had half as many, so you can see they are only gaining in popularity," Allen said.

Allen points out that not only are many of the traders very inexperienced, they are also very young, having no experience in the markets of any kind.

Robinhood said users must be 18 years old to apply, and Bloomberg describes them as, "not-so-rich millennials, fast-twitch gamers and bored sports fans-and-in all-likelihood-some 15-year-olds you might know."

Some websites, like Nerd Wallet, have favorable reviews of Robinhood.

"Robinhood offers commission-free stock, ETF and options trades," Nerd Wallet writes on its website. "But now that the company's competitors also offer free trades, this investment app stands out most for offering a streamlined trading platform and free cryptocurrency trading."

RELATED: Can you get rich off of investing apps?

Allen said, however, that the surge in usage of day-trading apps has the potential makings of another market disaster.

"The young investors are speculating on almost worthless stocks at times, and some of these companies remind me of the incredible, dramatic build-up that happened in the 1999-2000 dot-com era before the market crashed," Allen said. "And this is the same kind of thing all over again. You would have thought that we had learned. But what we are seeing today in Robinhood and other discount brokerage firms is young and fairly new investors chasing stocks sometimes that have no worth whatsoever, and that's very similar to the frenzied trading that we saw in 1999 at the end of the dot-com bubble."