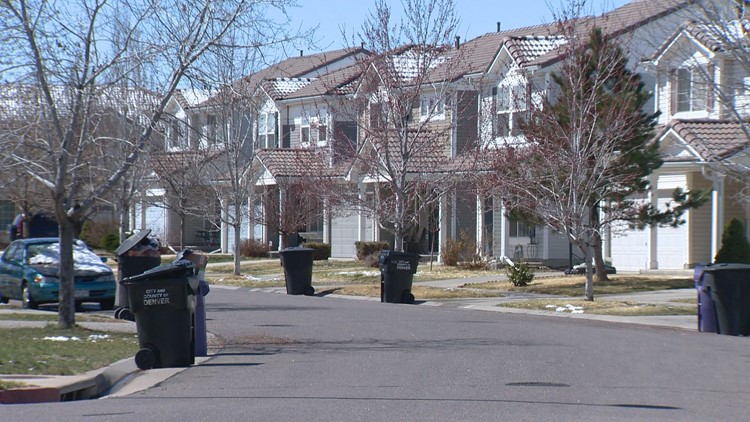 Denver is trying to rebuild trust with 300 homeowners who unknowingly or unintentionally violated the rules of the city's affordable homes program.
Author: Anna Staver
Published: 12:04 PM MDT May 1, 2018
Updated: 5:44 PM MDT May 1, 2018

Denver is trying to rebuild trust with 300 homeowners who unknowingly or unintentionally violated the rules of the city’s affordable homes program.

“We will be out knocking on doors and talking to people and hopefully getting more people involved with us,” said Eric Hiraga, the executive director of Denver’s Office of Economic Development.

Hiraga wants these homeowners to participate in his office’s compliance resolution program that runs until the end of 2018.

The main goals of the program are to figure out how hundreds of families bought income-restricted homes on the open market without qualifying for them and whether those people get to keep those houses.

CLICK HERE TO CHECK WHETHER YOUR HOUSE IS SUPPOSED TO BE IN THE PROGRAM.

To convince people to give the program a chance, Hiraga has set up office hours at two, east Denver locations throughout the month of May.

He’s calling the idea “let’s talk.” Homeowners can meet with someone from OED about their specific situation on Friday afternoons and Saturday mornings

The income restrictions on the approximately 1,500 homes built as part of Denver’s affordable housing program were supposed to transfer from one owner to another when the homes were sold unless the house went into foreclosure. But that didn’t happen.

Sometimes a buyer’s closing documents included a number that referenced the affordability restrictions directly, but sometimes it didn’t. Either way, dozens of homeowners have told 9NEWS they had no idea they were breaking the city’s rules.

And that’s why this mess is causing headaches for homeowners and city staff.

The city’s current Inclusionary Housing Ordinance gives officials two options: Have people prove they can income qualify for their homes or sell their homes to a qualified buyer for a set price – even if that price is thousands of dollars below what the current owner paid.

Denver initially asked people to agree to those two conditions when they joined the compliance resolution program. Homeowners and their attorneys balked at that requirement, so the city rewrote its signup forms.

“We never should have approached property owners in this manner," Hancock said at the time.

Hiraga told 9NEWS his office is working on some changes to the city’s ordinance that could let some people keep their houses. And he’s hopeful these listening sessions will encourage more people to join the compliance resolution program by the May 31 deadline.

“Each case is unique,” Hiraga said. “That’s why we created this program to talk to each individual homeowner and discus with them what their individual options are.”