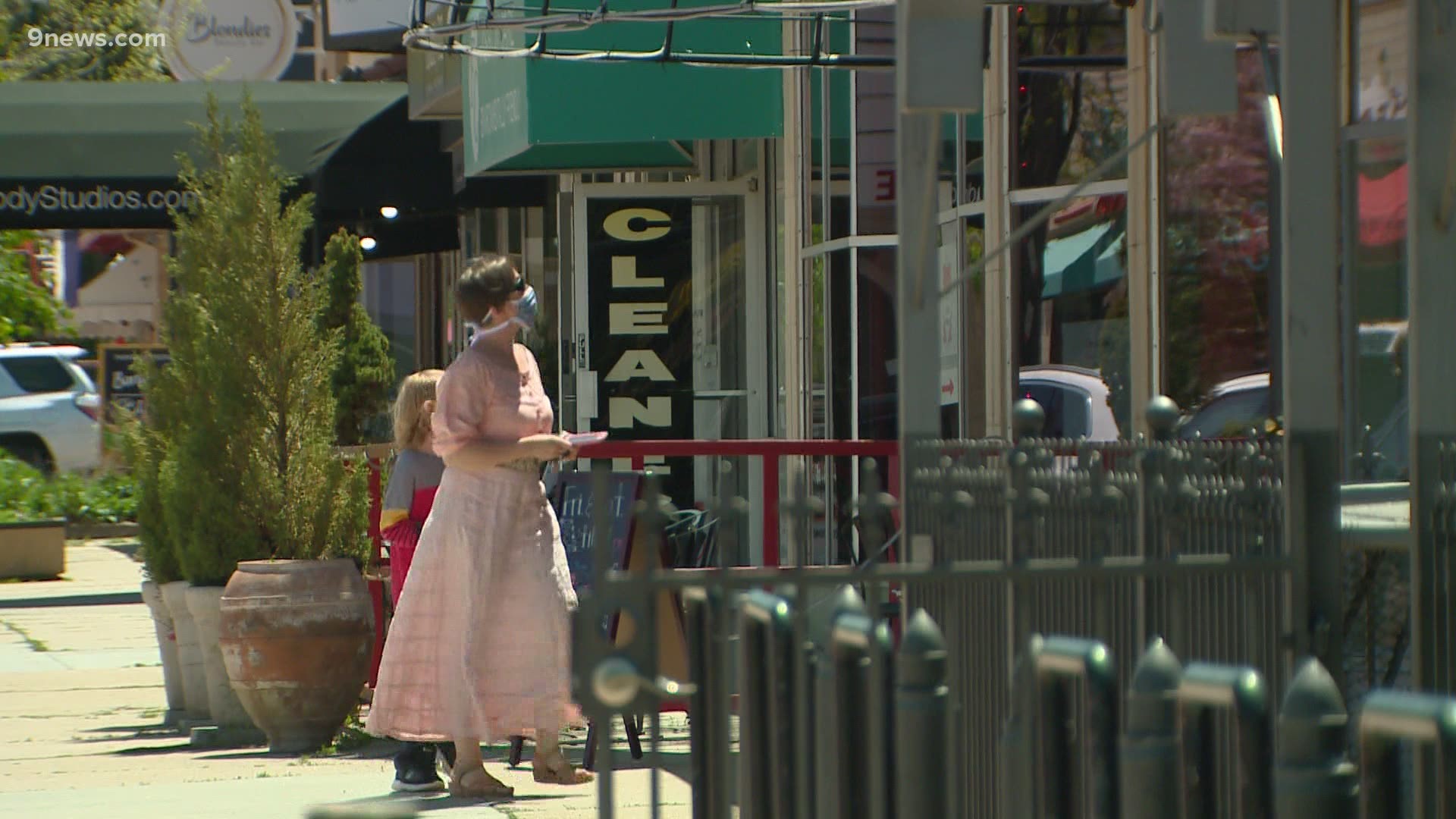 DENVER — The Conoco in the Bonnie Brae neighborhood has been in the same spot for almost 80 years, and has thrived as a family business since 1942.

"We are in a great spot," said Ken Wilson, manager of the gas station and repair shop. "We love being here."

There are three words on the sign out front: "Not For Sale." They show that the business wants to stay put for years to come.

Wilson put up the message after rumors began circulating that they were going to sell, and loyal customers became concerned. This simple sentence now reassures the regulars and helps Wilson keep the offers away.

RELATED: 3 Denver-area couples describe what it's like to buy a home in this crazy real estate market

"Typically, it's just somebody that comes in on foot, got their business card, just asking if we would be interested," he said. "Usually, I shut them down right away."

Wilson and his family have owned the Conoco near Washington Park for three generations. In a real estate market like Denver's, valuable plots of land like his are getting offers from eager buyers even when the owners have no intention of selling.

Wilson said he's gotten a few offers over the years but they've stopped since the sign went up.

Whether it's commercial real estate or residential, buyers are trying to find properties before they hit the market or before the owners even know they want to sell.

"Realtors and buyers are writing letters to people in neighborhoods they want to live in to see if there is any interest," said Jenny Usaj, a realtor in Denver.

Usaj gets it. She has received two letters from interested buyers to see if she'd be willing to sell her home or one of her rentals.

There's a reason buyers are struggling to find what they want, when they want it.

"We ended last month with right around 2,500 residences for sale," she said. "To give you context, we would need 36,000 residences to be a balanced market."

Those numbers are from the Denver Metro Association of Realtors, or DMAR, which is the largest local REALTOR® association in Colorado.

Inventory is so low that would-be homeowners are looking at new construction as another option. Usaj said the Crescendo Condos near West 52nd Avenue and Federal Boulevard will likely be sold before they're move-in ready.

"Quite frankly, it has been a long time since I have seen this level of demand in the market, which is putting a lot of pressure on realtors to find inventory when there is nothing easily accessible," she said.

Usaj said new construction is a great alternative for homebuyers who appreciate not having to compete in a bidding war, waiving inspection inspections and spending cash covering appraisal gaps.

RELATED: We asked an appraiser to describe working in the wild housing market in Colorado

Other than writing letters to entire neighborhoods, realtors and buyers are finding other creative ways to find more inventory. Usaj said some are even researching death records for estate sales.

A full-service gas station in the middle of one of Denver's most sought-after neighborhoods is here to stay.

"Eventually, this place could be worth quite a bit at some point, but it would be a long time before we sell," Wilson said.

Selling is not in the Wilson family's plan right now. Their "Not For Sale" sign out front tells the whole story.

"It is hard to put a price on a family business," he said.