Snakes on the plains: 150+ snakes removed from under couple's home in Elizabeth

A couple discovered a snake den underneath their back deck after they started springing up between the boards and slithering on the house. 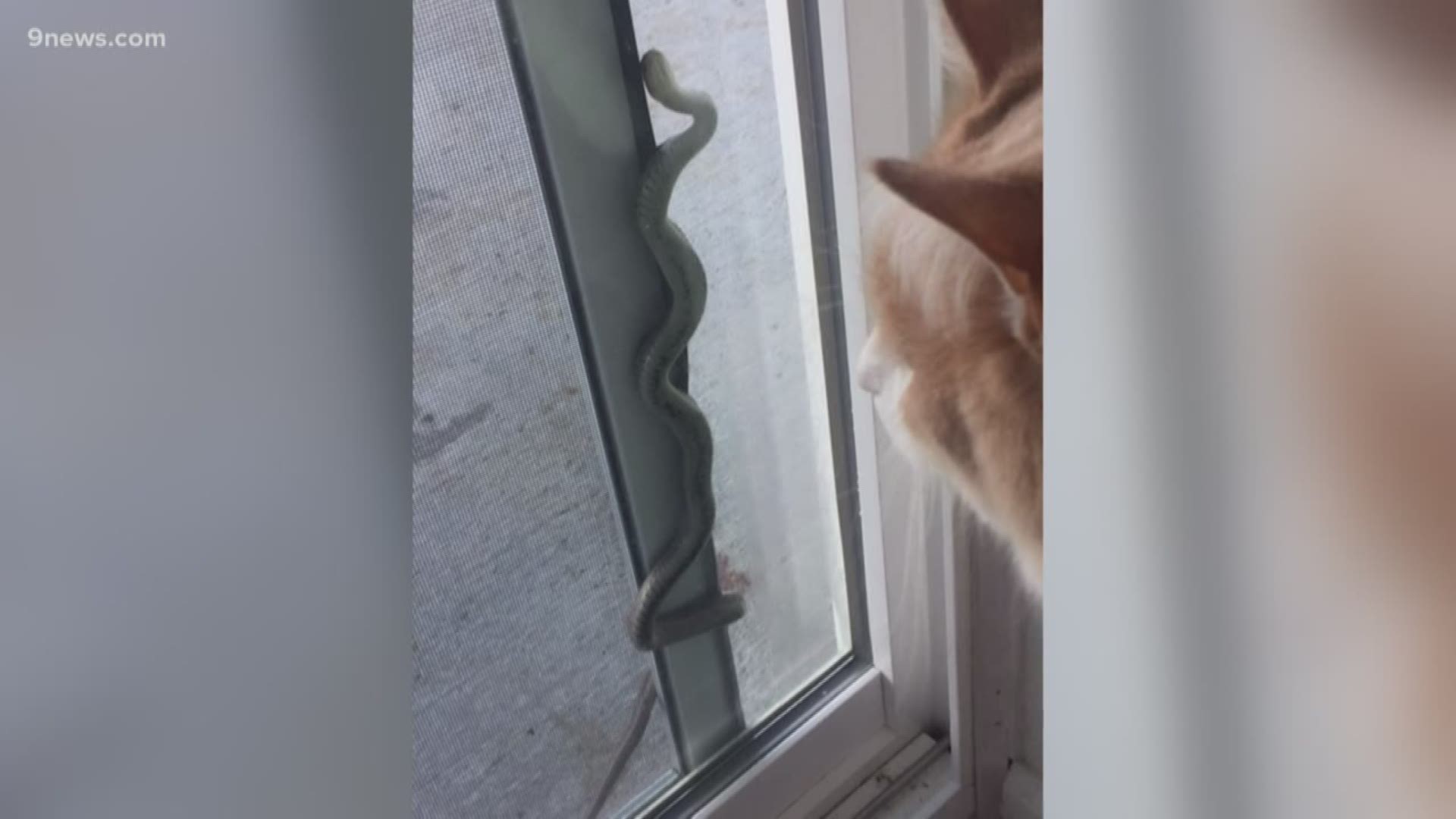 ELIZABETH, Colorado — “Snakes on a Plane” was just a movie, but snakes on the plains of Colorado created a very real nightmare for a couple in Elizabeth.

Shaynon McFadden and Royce Robins bought the home on Rushmore Street in November 2018. It wasn’t until the following spring that snakes sprung up from the back deck.

“We started seeing garter snake heads popping up in between the wood slats on the ground level patio,” Shaynon McFadden said.

As the weather warmed, more snakes appeared. They spotted snakes in the yard, under the deck, around the foundation and even inside the home.

“My cats had it cornered in the bathroom," McFadden said. "We’re not sure how it got in, but we got rid of that one right away."

The couple hired an exterminator, who discovered a large snake den underneath the back deck. More than 150 snakes were removed from the property and relocated, the couple said.

McFadden said she had no idea about the “snake infestation” when she and her husband purchased the home.

“It was not disclosed to us when we bought the house, so it was a surprise," she said.

Under Colorado law, sellers and realtors must disclose any material facts about the property to a potential buyer.

A spokesperson for the Colorado Association of Realtors, a nonprofit real estate trade association with more than 26,000 members, said a snake infestation would qualify as a material fact that would have to be disclosed, regardless of efforts by the owner to fix the problem.

Arguments over non-disclosure are among the most common disputes after a sale, the spokesperson said.

McFadden said she and her husband spent about $8,000 on a new deck, shed and pest control.

McFadden is hopeful the slithery pests are gone for good, but she'll have to wait until spring to see if there are still snakes on the plains.

RELATED: When it comes to home buying, how far will your dollar go in Denver?