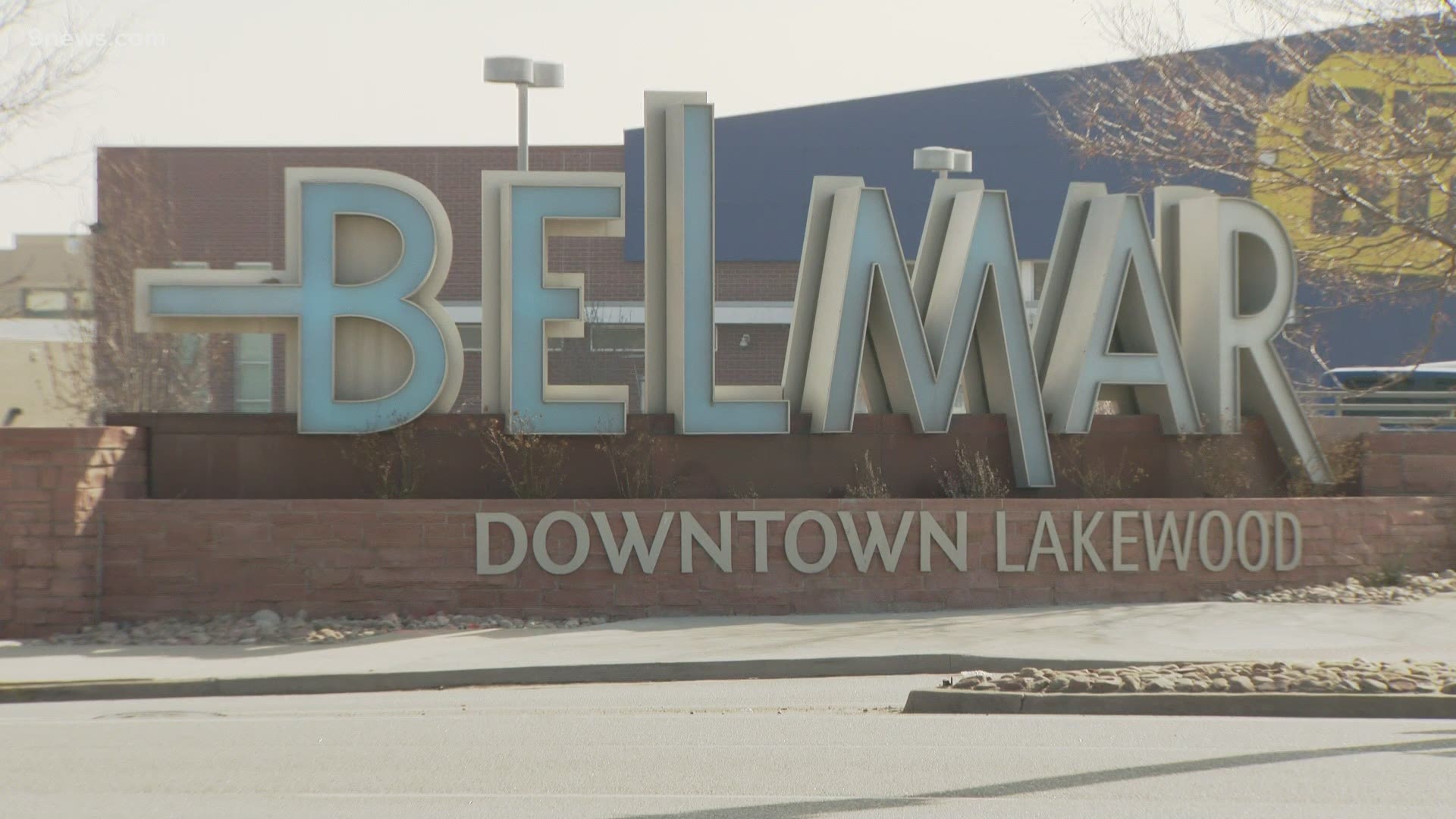 LAKEWOOD, Colo. — Belmar Shopping Center is undergoing foreclosure, with its owner owing more than $108 million on a $111 million loan, according to records listed on the Jefferson County Trustees website.

Belmar Commercial Owner L.P. has been in the foreclosure process since October 2020, records show.

Kent Karber, an attorney with Holland and Hart law firm who specializes in commercial real estate and represents a lender on the Belmar property, said shutdowns as a result of the COVID-19 pandemic are likely playing a role in the shopping center's financial struggles.

RELATED: Amazon founder Jeff Bezos to step down as CEO later this year

“Because of the shutdowns, they had an immediate effect on their cashflow, which put oftentimes their loans or their leases into default,” Karber said.

9NEWS reached out to the shopping center's general manager as well as Greenwich, Connecticut-based investment firm Starwood Capitol, the company that owns Belmar, to determine what the foreclosure could mean for shoppers and employees. They have not yet provided a statement detailing the future of the shopping center.

James Davis of James Davis Designs is one tenant waiting to hear from the shopping center.

Davis moved into his first retail store in Belmar two weeks before the pandemic shut down much of the state.

In the store, Davis sells his own woodworking creations alongside the work of other local artisans.

He also hosts classes and rents space in a woodshop in the back of the store.

"It all made sense,"  Davis told 9NEWS. "Everyone loved it and then [the] COVID shutdown. We’d invested about $50,000 in tools. We have state of the art equipment in here but we don’t have any street traffic anymore. Nobody knows that we’re out here."

Davis said he is still debating what to do once his lease expires in May, but for now, the woodworker is urging the community to shop local.

Karber said the pandemic heightened struggles within the retail industry across the board, but it's likely problems were already there.

"As we come out of this through more vaccinations and people being able to get out and do more, will that change the underlying issues?" Karber said. "No, I don't think it will."

Karber added that e-commerce sales and too much capacity created issues that the pandemic exasperated.

"The large centers, especially ones anchored with premier retailers like Costco or Home Depot, will continue to do well, and if they have vacancies, will replace those vacancies quickly," he added. "The class B and C retail spaces, such as smaller or older strip centers, have fewer national tenants and more one-off businesses. Those businesses have suffered and closed and many of them won’t come back."

The City of Lakewood released a statement Wednesday about the foreclosure saying, in part, "While the company that currently owns the Belmar shopping district is struggling with challenges from the pandemic, the city remains confident that the district’s popularity and its marketplace components will continue and improve as recovery from the pandemic gets underway." The statement also says that even if the foreclosure results in a changing of ownership of the Belmar Shopping Center, it won't "affect the ability of shops, restaurants and other businesses to continue to operate."

"It is common for ownership of commercial properties throughout Lakewood, including shopping amenities, to change over the years, and these ownership changes do not affect the city’s relationship with these properties," Lakewood city officials said in the statement.

"With its great location, Belmar was created as part of Lakewood’s downtown with places to live, shop, work and enjoy entertainment and cultural amenities," the statement says. "These elements create a strong foundation for making Belmar attractive to a wide array of shoppers and visitors. Even during the pandemic, Belmar has been able to add new shops and eateries, and a number of businesses in the district have adapted to the current conditions and are doing well."

Belmar was built in 2004 with the aim of becoming shopping and dining destination of Lakewood, its website says. The shopping center is located at the corner of West Alameda Avenue and South Wadsworth Boulevard. It has more than 80 shops and restaurants, entertainment and events along with work arrangements.

RELATED: Why some Colorado restaurants are struggling to utilize the PPP loan