A gusty day led to a tree falling through the home in Casa Estates. Now, the family is seeking options. 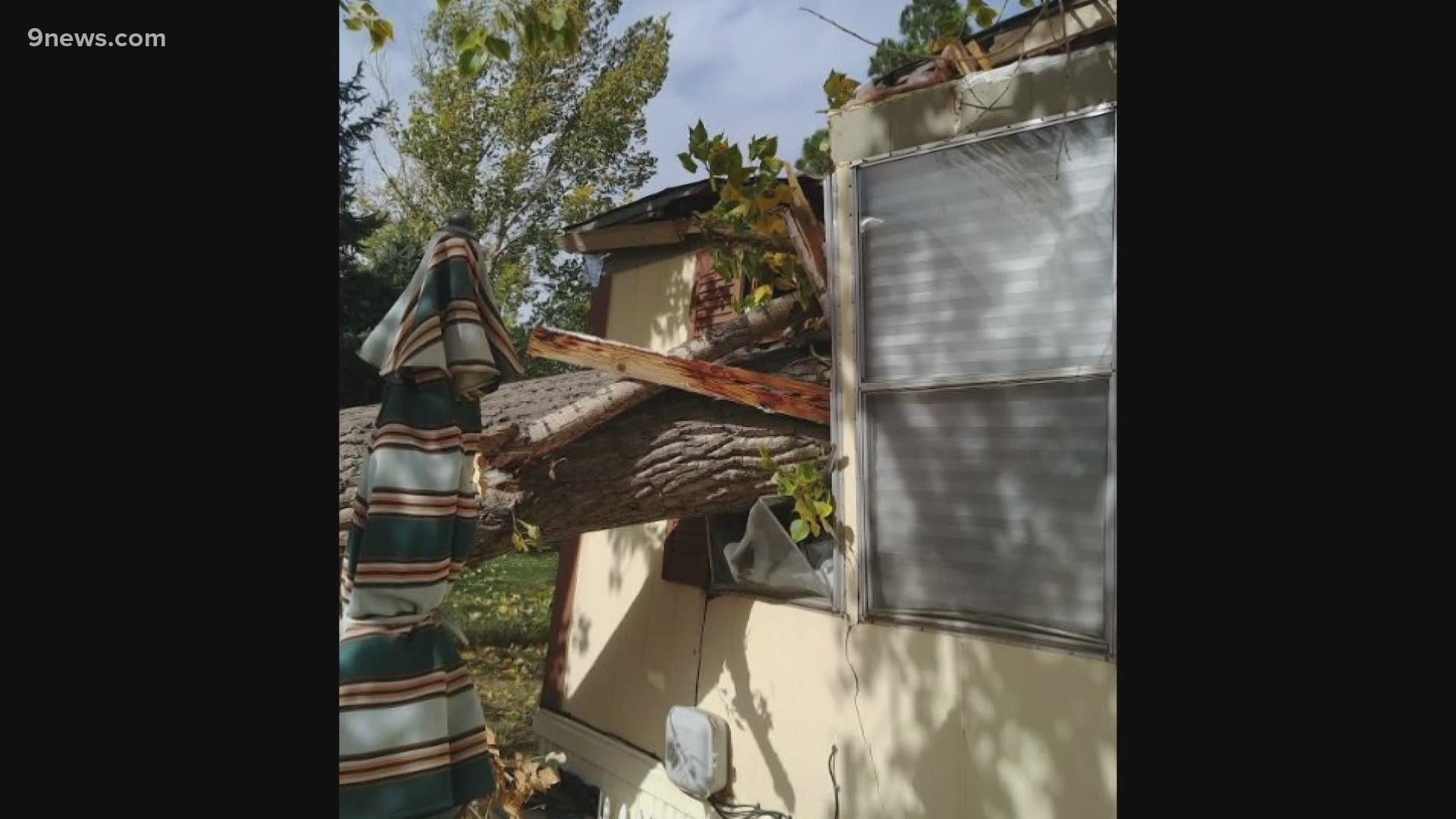 WESTMINSTER, Colo. — A family is now homeless after a gusty day led to a tree falling on the mobile home they were renting.

Jason Toepfer and his family have been living with friends for the past two weeks as they try to figure out what they can do next.

"We're just overwhelmed and trying to figure out everything," said Toepfer.

He was renting to own the mobile home in Casa Estates, located in Westminster.

"This was our future equity for a down payment on a house and it went poof," he said.

Two weeks ago, a tree fell right next to him while he was working from his home in Westminster. He said it scraped up his knee and arms, and now bruises are popping up as a result.

"I don't think I could've been closer without being not here," he said. "I mean, it literally landed right next to me."

The tree's upkeep, he said, was the responsibility of Kingsley Management Company. 9NEWS reached out to the management company and has not yet heard back.

John Campbell, a lawyer and associate professor of law at the University of Denver, said in situations like these, tenants need to provide management companies with written notice.

"What the law says is give them notice, tell them to fix it," Campbell said. "If they don't fix it in the time allowed, you may either fix it and withhold the money or terminate the lease and leave."

The local governments may also be able to help in similar situations, Campbell said.

The City of Westminster told 9NEWS that if the city is notified of a dangerous tree, the city will come and inspect it and start a code violation process if warranted.

The Westminster City Code for Dangerous Trees is 13-3-3 and can be found here.

CCRJ law lays out some of the rules on its website, which can be found here. It explains that owners only get their actual damages (the cost they are out) if they can prove a violation of the Colorado Consumer Protection Act. If they can do that, they can potentially get treble damages and attorney fees.

Colorado's law regarding tree fall/mobile homes can be found here.

If the case needs to go to court, here is a link to small claims court.

RELATED: For Colorado immigrants struggling with attorney fees, there is a nonprofit that can help