How the COVID pandemic has affected used car prices

A situation initially sparked by the pandemic, has led to supply chain issues that are now impacting both new and used auto dealers. 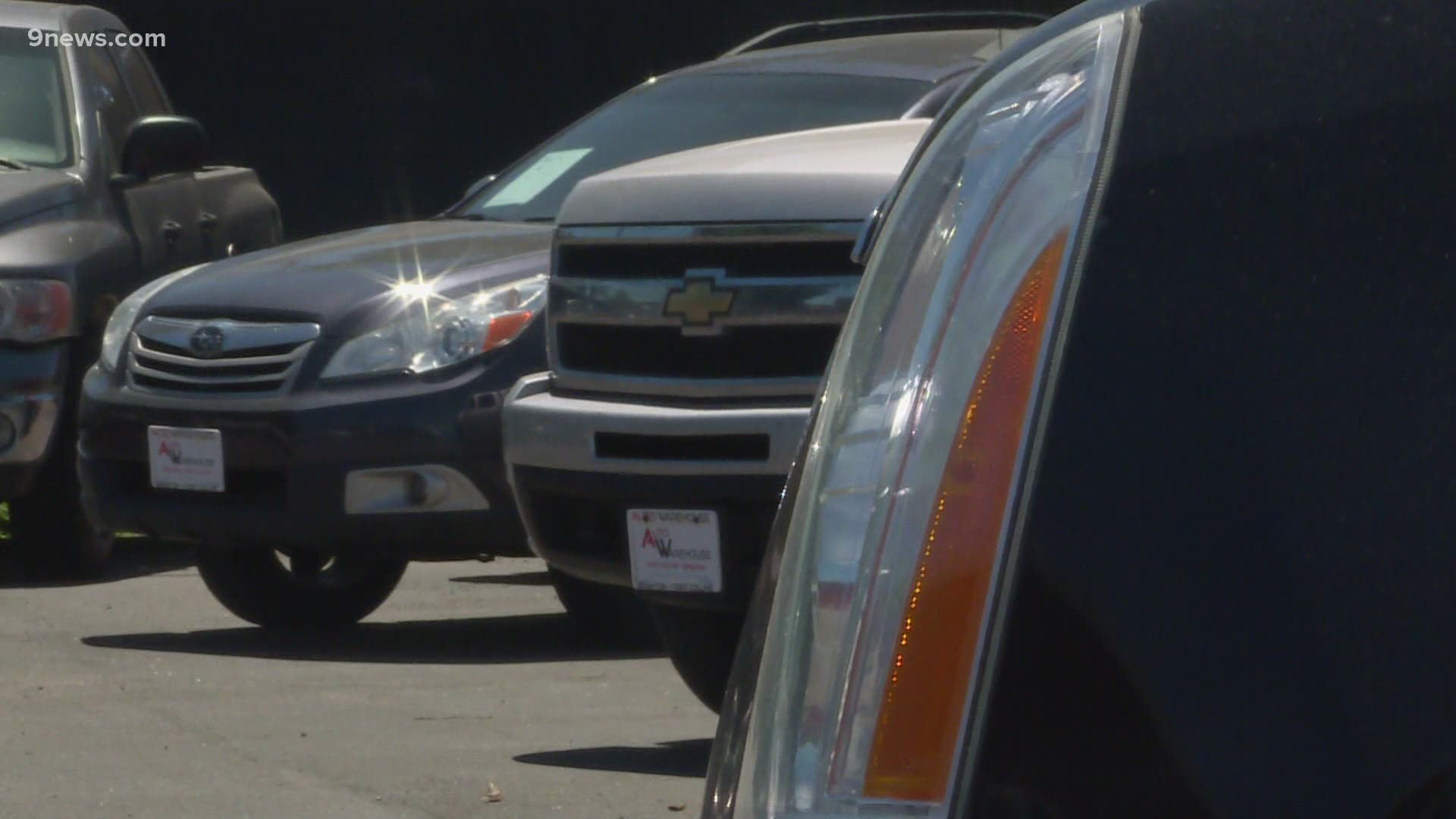 COLORADO, USA — A microchip shortage stemming from the COVID-19 pandemic has caused a domino effect at used car dealerships around Colorado, raising prices for those looking to buy.

Dealers selling new cars have been struggling to keep up with demand as they continue to experience a lower than usual supply of cars in their lots.

"If the customer has a late model, popular used car, it's never been worth more money as a used car than than it is right now," said Tim Jackson, the president and CEO of the Colorado Automobile Dealers Association (CADA).

The owner of Auto Warehouse Inc., John Lindberg, said overall business has been good, despite the pandemic. However, he acknowledged that they have fewer cars in their lots than usual, and it's been difficult to fill the lots.

"It's not impossible, but it's challenging," he said. "We've unfortunately, we pay more for cars and thus the consumer has to pay more for a car nowadays. I mean... COVID kind of put us in that situation and a situation that we can't avoid."

It's a situation initially sparked by the pandemic, which led to supply chain issues due to a microchip shortage.

Essentially, he explained car prices are up in both new and used car lots, as both are facing challenges when having to fill those lots.

RELATED: Colorado dealerships dealing with shortage of supply ahead of Memorial Day Weekend

Lindberg has owned the dealership in Brighton for 17 years, and owns two other locations in Fort Collins, and another in Westminster.

The spot in Brighton currently has around 80 cars when they normally can supply around 100 to 110.

It's a similar number at his Fort Collins dealership, where they currently have around up to 85 cars, when they can usually supply around 100 to 110.

His Westminster dealership, which was recently bought, faces a larger deficit, but he said that's in part due to the transition of ownership. It has same supply range as the other two locations, but has around 60 cars on the lot right now.

Because of this, Lindberg said it's a good time to sell your car to a used auto dealer.

"Well, now your trade-ins are worth more than they've ever been so if you want to bring them to a used car dealer or myself I'd be happy to buy them and pay more than what I usually pay," he said.

Overall, Lindberg said he is hopeful for the future, and has a message for car shoppers.

"Be patient and realize that when you go to a dealer, you might have to pay a little bit more money than you're thinking. But ultimately, if it's the right vehicle, you know, everyone's paying it, whether it be you or I, we're both paying the same prices," he said.

In an interview last week, Tim Jackson with CADA explained the domino effect the microchip shortage plays, as well as its impact on prices for both dealers, and consumers.

"When new car inventories go down as low as they are right now, that causes consumers that can't buy, because they can't find the exact new car that they're looking for, to stay in the late model used car market," he explained. "And then it puts a greater demand on that used car market and causes the price of those to go up. And that's exactly what's happening in the current marketplace. It's bad for consumers on the car they're purchasing, but it's good for consumers on the car that they have ready for trade on their next new car."

His best advice to new or used car shoppers right now is to shop the market as a whole.

"If you can't get what you want at your closest dealer, shop the next dealer because somebody is going to have the car that you want," he said. "And the car that you have for trade is really in demand, more so now than ever before. So in that regard, if you have the late model trade, now's a great time to take the remaining inventory off the new car dealer's lot, get that car traded in and make another happy customer out there when they get the older car."