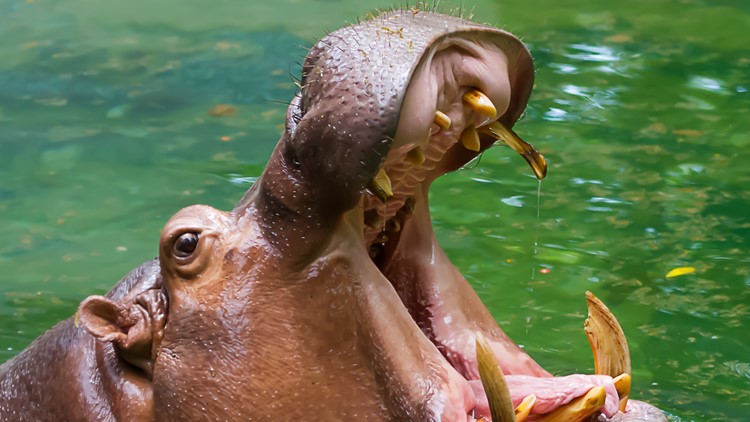 2 hippos to return to Colorado after Missouri 'vacation'

SPRINGFIELD, Mo. — Two hippo sisters are getting ready to return to their newly remodeled home in Colorado after spending nearly two years at a Missouri zoo.

The Springfield News-Leader reports that the hippos came to the Dickerson Park Zoo in Springfield, Missouri, in October 2017 because the Cheyenne Mountain Zoo in Colorado Springs needed a place to put them while it created a new habitat.

The Springfield zoo had space for the sisters, named Zambezi and Kasai, because its beloved Henry the hippo was moved in 2016 to a new $8 million enclosure at the Cincinnati Zoo.

The Springfield zoo's spokeswoman, Joey Powell, says the sisters were originally just supposed to spend a year in Missouri but construction delays made the stay last longer. She says they've been on "an extended vacation."