The business owners said they were surprised to find that it was not a saturated field. 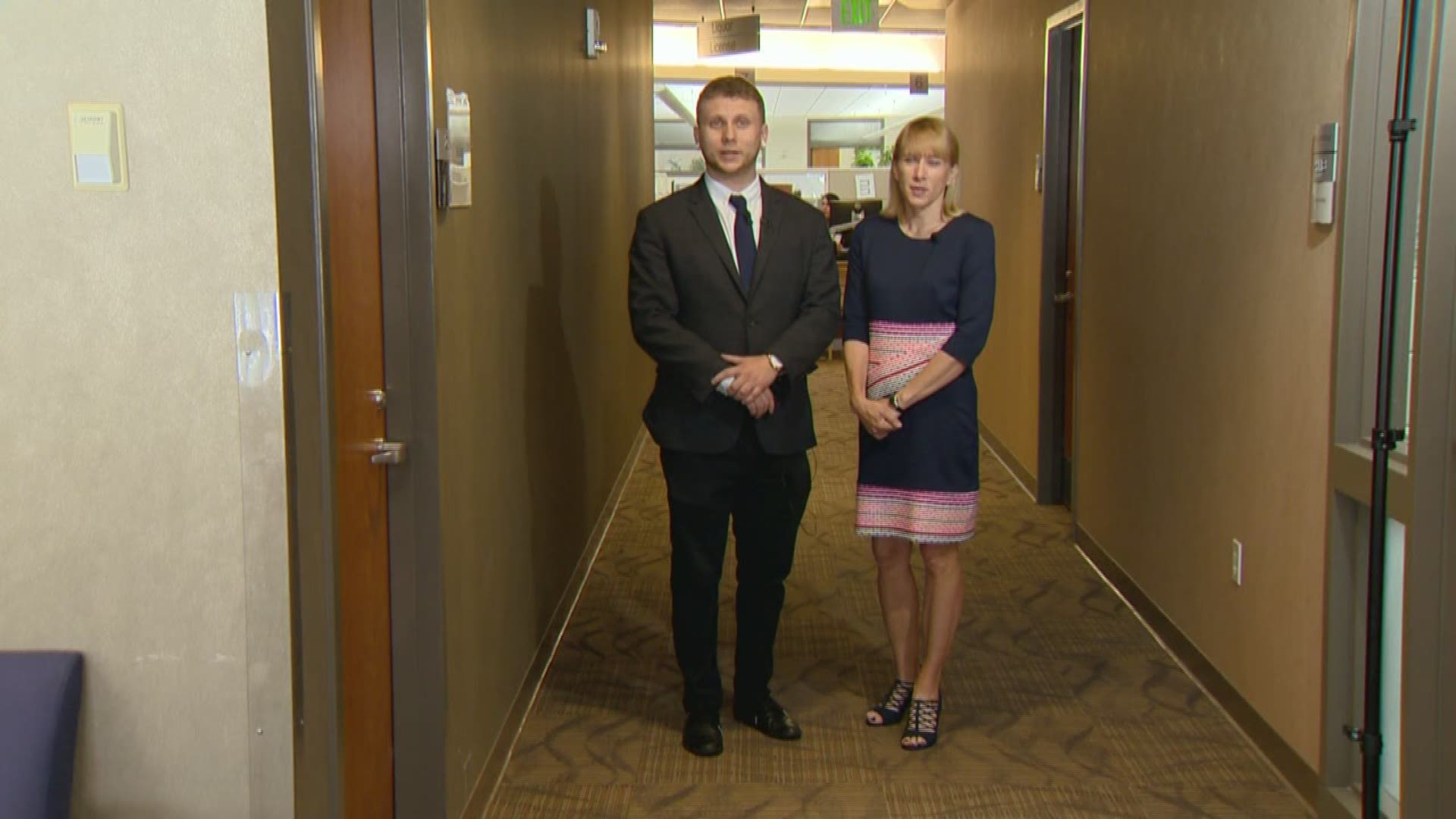 Taylor Rosean and Megan Lumpkins didn’t expect to be pioneers when they began their application months ago.

Denver voters had just green-lighted a pilot program for social pot consumption. Many assumed the industry would take off.

But a year and a half later, only a couple other businesses had applied when the pair arrived at the licensing office Thursday morning.

“We were really expecting it to be a saturated field,” Rosean, co-owner of Denver Vape and Play, said.

Rosean and Lumpkins are applying for a social use license for the business, which would be located at 1753 S. Broadway in southwest Denver.

“Denver Vape and Play is going to be an adult social lounge and entertainment space centered around a multi-station saloon style vape bar,” Rosean explained.

He said people would be able to consume cannabis through vaporizers in the consumption area, then hang out in a social lounge which would offer board games and other events for patrons.

“These clubs are going to make Denver a unique cannabis destination all around the world,” he said.
Finding a place to open the business proved to be difficult, though.

“We face a lot of the problems that other cannabis businesses face,” he said. “There’s a lot of zoning requirements which made the process of acquiring a property pretty labor intensive and it did require a pretty hefty search.”

Rosean said that hefty search started with a plan to buy a facility. As soon as he and Lumpkins could not find a property to buy, they began to look into leasing property.

“After probably 30 or 40 calls to leasable properties in the Denver area, we probably got the one owner that would say yes and we were able to sign the lease,” Lumpkins said.

During their search, the pair mapped out locations which would fall beyond city-mandated setbacks from schools, recreation centers, city pools and day care centers.

“It’s pretty narrow,” Lumpkins said describing the zones allowed under the city’s setbacks. “There’s a very broad strip, it actually goes along the Platte, it’s all the industrial areas, warehouses and commercial zones. It’s tricky to find the right place.”

Rosean and Lumpkins believe their business falls beyond required city setbacks, unlike another applicant who was denied last week.

A social marijuana consumption spa called Utopia had its application denied because it is located 980 feet away from a day care center, 19 feet within the city’s required 1,000 foot setback.

The owner of that business, Cindy Sovine, provided a letter to the city from the day care center’s operator, asking for special consideration or a waiver of the setback because the center said it wasn’t worried about the business.

But the city denied Sovine’s application.

That denial comes amid a debate between the industry and the city over whether the city-mandated setbacks are slowing down the application process.

The ordinance, approved by voters, allowed the city to establish rules surrounding the licenses.

Ashley Kilroy, director of the city’s excise and licenses department, said there are plenty of businesses within the current list of setbacks.

“I think the question is, 'Why haven’t the 9,000 businesses that are eligible applied?'” Kilroy asked.

Kilroy said it’s hard to specifically determine why the response to the program has been so slow, as they’ve only heard from three applicants.

Anecdotally, she said, the department has heard many businesses struggle to find a profitable model.

“Some people might have been interested in it but their landlord wouldn’t let them do it because its federally illegal,” she said.

Asked whether her department would ever consider a rule change to loosen the setbacks on businesses, Kilroy said nothing is out of the question. But she did indicate the current rules have a lot of public support.

“This has already gone through a pretty significant public process with six full meetings and 100 written comments,” Kilroy said.

Earlier this year, Denver city council convened a task force to investigate why the pilot program is off to such a slow start.

But Rosean said even though his application took longer than expected and the response is so slow, he has faith more businesses will apply.

“It takes a little bit of tenacity to push through these challenges, but there’s no insurmountable obstacle,” he said. “And it’s our opinion after looking at a hard map of what the zoning requirements look like that there are plenty of options and buildings out there, it’s just a matter of looking.”