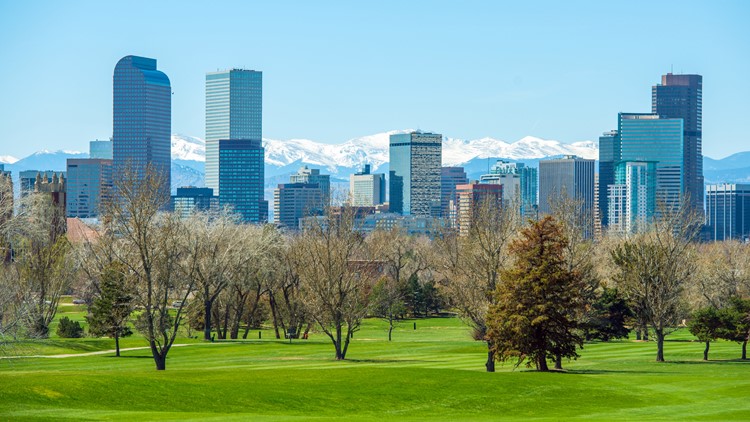 DENVER — Included here is a look at the new restaurant coming to the Denver Art Museum, the big renovations coming to the downtown Sheraton hotel and a roundup of million-dollar homes around the metro.

See this week's top stories below.

When the Denver Art Museum reopens its signature restaurant next year, it will have one of Denver’s best-known chefs helming it.

Jennifer Jasinski — the James Beard Award-winning chef who owns and operates such local destinations as Rioja, Bistro Venôdme and Ultreia — will operate The Ponti, a lunch-focused restaurant in the Golden Triangle museum that will focus on ancient grains and beans and present a vegetable-forward menu while also dishing out pasta, fish and meat.

Sheraton Denver Downtown is pictured in August 2019, prior to an $80 million renovation of the hotel.
Kourtney Geers, Denver Business Journal

Sheraton Denver Downtown officials on Sunday will begin an $80 million renovation — believed to be the most expensive makeover ever given to a downtown Denver hotel — that will update all 1,231 rooms, every meeting space and all of the communal lobby space and change the look of the east end of the 16th Street Mall by removing the 20-foot-tall ballerina statues that have graced the property for the past decade.

The renovation comes almost one year after Denver HS-EF Court Place LLC, a partnership between High Street Real Estate Partners of Atlanta and Eagle Four Partners of Southern California, bought Denver’s largest hotel with plans to update the structure at a time when downtown is being flooded by new hotels and by older properties doing major refurbishments to stay competitive.

In a market such as Denver's, where median home prices far outpace the national average, finding a bargain at any price point can be a challenge for prospective homebuyers.

A 2.5-acre parking lot next to the former Evans School in the Golden Triangle neighborhood could be the future home of a 19-story apartment building, according to a concept plan submitted to the city.

The proposed project, dubbed Evans West, would also feature ground-floor retail along 11th Avenue, while the ground level along Bannock Street would be dedicated to a residential lobby.

This home at 40 Polo Club Circle is listed for $6.65 million.
Provided by Liv Sothevy's International Realty

Builder-built and owned in 2006, the home at 40 Polo Club Circle has five bedrooms and six bathrooms. Its 13,043 finished square feet feature custom craftsmanship, classic architectural elements and a mix of stately and cozy rooms throughout.

Not only does the home have a gourmet chef's kitchen, a lavish master suite and plenty of entertaining space like many of Denver's luxury listings, it also has an elevator, nine fireplaces, a bar, a climate-controlled wine cellar, a second master suite and extra living space for house staff.

6) How Denver's cost of living compares to biggest US cities

Denver has a reputation for being less affordable than many other metros, but it's not as bad as cities on the coasts, according to a recent cost of living analysis.

Move.org recently analyzed data from the 75 largest cities in the U.S. to see which had the most affordable cost of living and which ones are San Francisco.

Kroger Co., parent of Colorado's King Soopers and City Market grocery stores, put aggressive promotions in place in one of its key markets to cut prices last quarter, narrowing the premium it charges over Walmart.

Kroger’s best prices, including promotions, were 13.5% higher than those at Walmart last quarter, according to a study of grocery prices in Las Vegas, Denver and Minneapolis conducted by Chris Mandeville, an analyst at Jefferies.

UPS won't be applying additional surcharges to U.S. residential deliveries this holiday season, but an industry analyst says the company will be offsetting the revenue loss by creating a longer peak season.
United Parcel Service Inc. is breaking from last year's decision to apply additional costs during its peak winter season to domestic residential deliveries. The Atlanta-based logistics giant credits the move to cost savings from newly created operating efficiency with its expanded air freight network (20 new aircraft in 2018 and 2019) and added capacity from its new Super Hubs.

Paladina Health works with employers who pay a fee to give their employees access to personal physicians at clinics during regular business hours, and around the clock by phone or email. Paladina operates 106 clinics in 19 states, with some on large corporate campuses.
SUGGESTED VIDEOS | Local stories from 9NEWS