'I couldn't sit with the soldiers I had been on the battlefield with. I had to go to the back of the bus.' 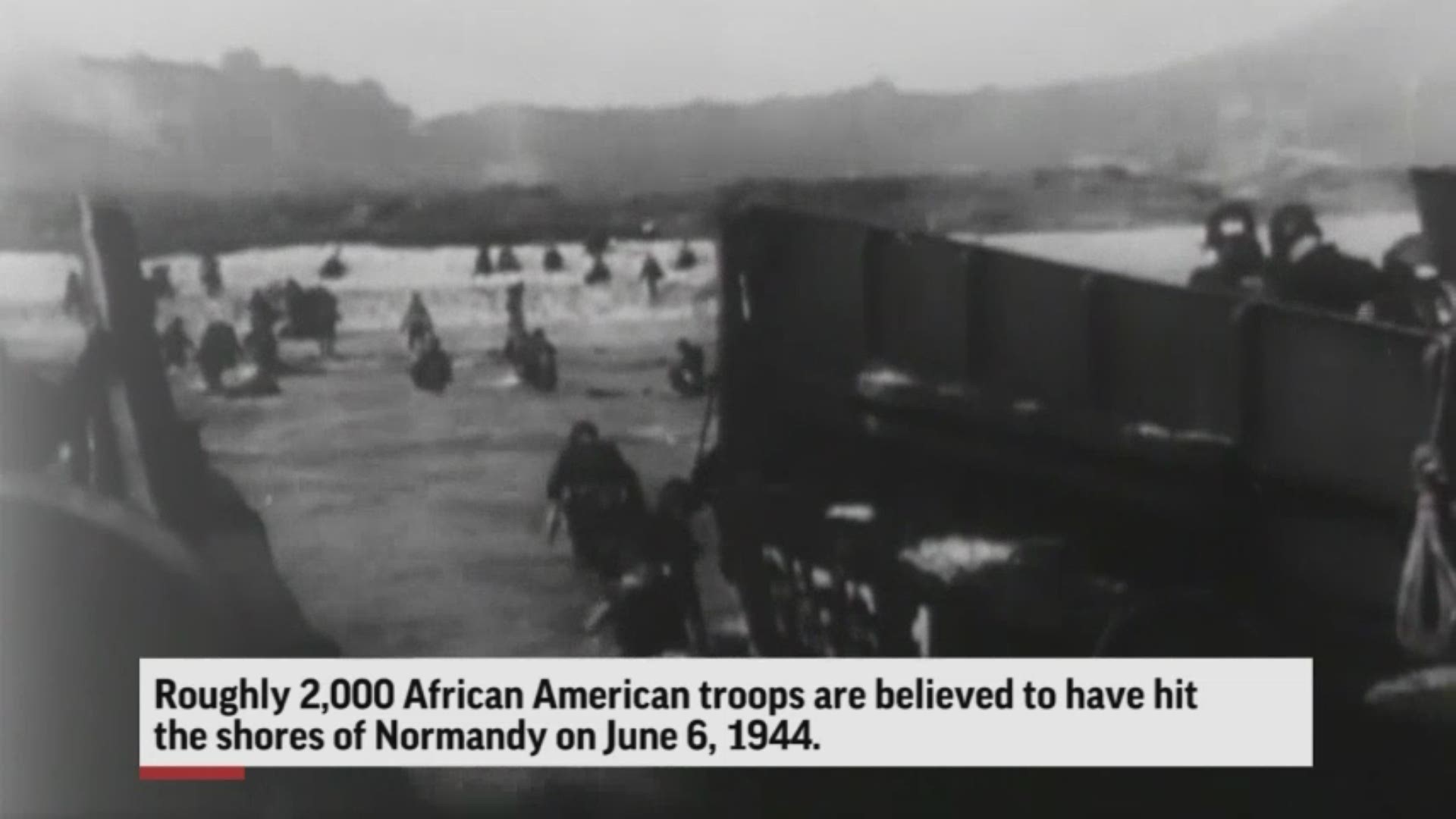 BATON ROUGE, La. — It was the most massive amphibious invasion the world has ever seen, with tens of thousands of Allied troops spread out across the air and sea aiming to get a toehold in Normandy for the final assault on Nazi Germany. And while portrayals of D-Day often depict an all-white host of invaders, in fact it also included many African Americans.

Roughly 2,000 African American troops are believed to have hit the shores of Normandy in various capacities on June 6, 1944. Serving in a U.S. military still-segregated by race, they encountered discrimination both in the service and when they came home.

But on Normandy, they faced the same danger as everyone else.

The only African American combat unit that day was the 320th Barrage Balloon Battalion, whose job was to set up explosive-rigged balloons to deter German planes. Waverly Woodson Jr. was a corporal and a medic with the battalion. Although Woodson did not live to see this week's 75th anniversary — he died in 2005 — he told The Associated Press in 1994 about how his landing craft hit a mine on the way to Omaha Beach.

"The tide brought us in, and that's when the 88s hit us," he said of the German 88mm guns. "They were murder. Of our 26 Navy personnel there was only one left. They raked the whole top of the ship and killed all the crew. Then they started with the mortar shells."

Woodson was wounded in the back and groin while on the landing craft but went on to spend 30 hours on the beach tending to other wounded men before eventually collapsing, according to a letter from then-Rep. Chris Van Hollen of Maryland. Van Hollen, now a U.S. senator, is heading an effort to have Woodson posthumously awarded the Medal of Honor for his actions on D-Day. But a lack of documentation — in part because of a 1973 fire that destroyed millions of military personnel files — has stymied the effort.

Another member of the unit, William Dabney described what they encountered on D-Day in a 2009 Associated Press interview during the invasion's 65th anniversary.

"The firing was furious on the beach. I was picking up dead bodies and I was looking at the mines blowing up soldiers. ... I didn't know if I was going to make it or not," said Dabney, then 84, who passed away last year.

Linda Hervieux detailed the exploits of the 320th in her book "Forgotten: The Untold Story of D-Day's Black Heroes, at Home and at War." She said the military resisted efforts to desegregate as it ramped up for World War II. Instead they kept separate units and separate facilities for black and white troops.

"This was a very expensive and inefficient way to run an army. The Army ... could have ordered its men to integrate and to treat black soldiers as fully equal partners in this war. The Army declined to do so," she said. The Army wanted to focus on the war and didn't want to become a social experiment, Hervieux said, but she notes that when African American soldiers were called on to fight side by side with whites, they did so without problems.

By the end of World War II, more than a million African Americans were in uniform including the famed Tuskegee Airmen and the 761st Tank Battalion. The Double V campaign launched by the Pittsburgh Courier, a prominent African American newspaper, called for a victory in the war as well as a victory at home over segregation, including in the military.

During World War II, it was unheard of for African American officers to lead white soldiers and they faced discrimination even while in the service. Black troops were often put in support units responsible for transporting supplies. But during the Normandy invasion that didn't mean they were immune from danger.

Ninety-nine-year-old Johnnie Jones Sr., who joined the military in 1943 out of Southern University in Baton Rouge, was a warrant officer in a unit responsible for unloading equipment and supplies onto Normandy. He remembers wading ashore and coming under fire from a German sniper. He grabbed his weapon and returned fire along with the other soldiers. It's something that still haunts his memories.

After defending their country in Europe, many African American troops were met with discrimination yet again at home. Jones remembers coming back the U.S. after the war's end and having to move to the back of a bus as it crossed the Mason-Dixon line separating North from South. He recalls being harassed by police officers after returning to Louisiana.

"I couldn't sit with the soldiers I had been on the battlefield with. I had to go to the back of the bus," said Jones, who went on to become a lawyer and civil rights activist in Baton Rouge. "Those are the things that come back and haunt you." 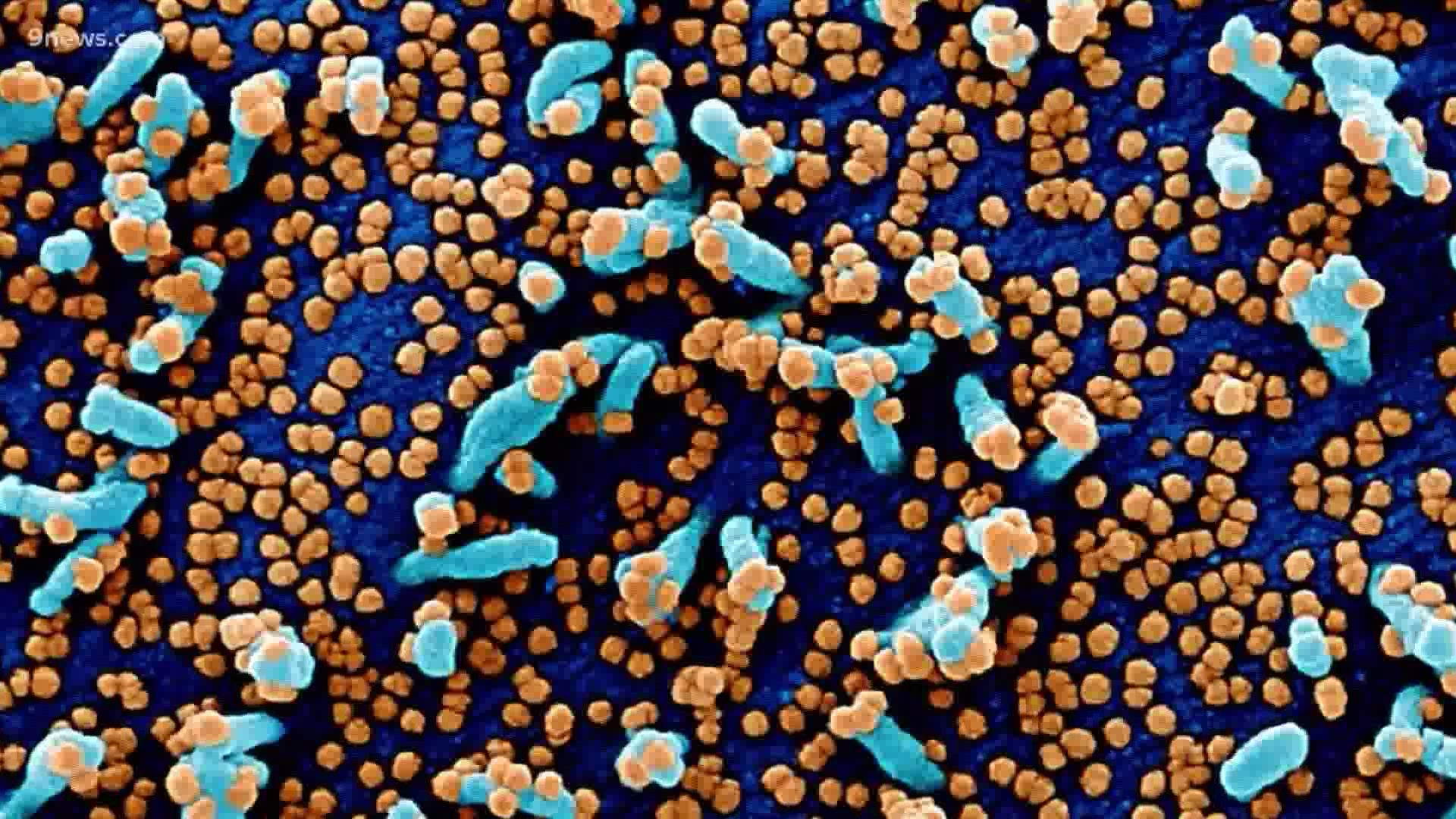