The first Front Range fair of the year brought families out by the thousands Saturday. 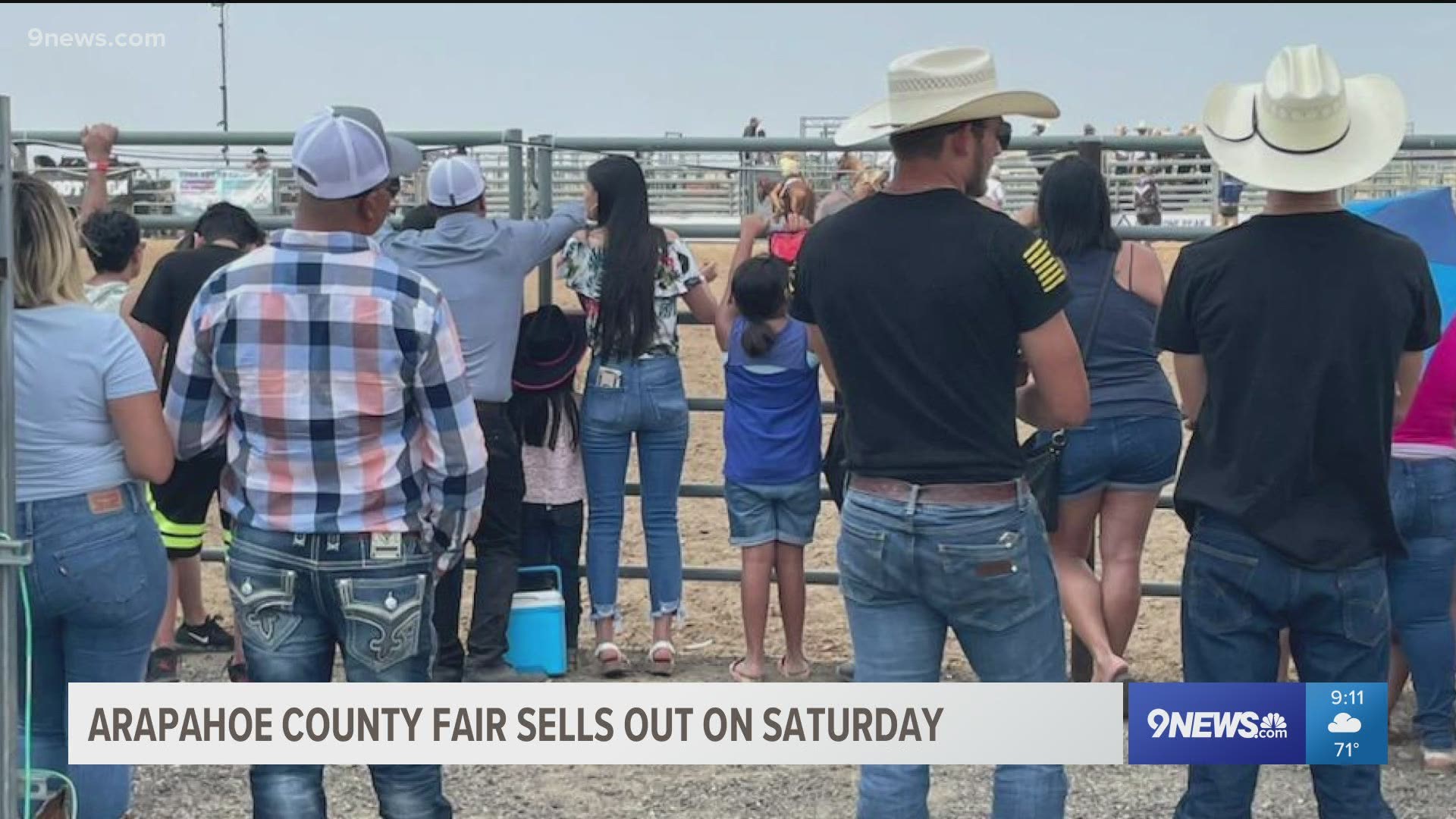 ARAPAHOE COUNTY, Colo. — For the first time in the more than 100 year history of the Arapahoe County Fair, some fairgoers were turned away Saturday night due to a capacity crowd.

Citing larger-than-expected post-COVID crowds, the Arapahoe County Fair on Saturday had to close its gates at 8 p.m. to keep fairgoers safe and traffic clear on roads surrounding the facility. Those that were turned away were encouraged to come back on Sunday.

Fair organizers said this is the first time they’ve had to close because of large crowds.

“After a tough year of the pandemic, we knew people were eager for a return for this 115-year family tradition,” said Glen Poole, operations manager for the fair, in a release Saturday. “Unfortunately, walk-up attendance was much higher than our capacity limits and we had to close the doors early to keep everyone safe.”

According to the release, attendance on Saturday night surpassed 15,722 attendees — one of the largest crowds in the fair’s history. Events on Saturday included carnival rides, CPRA rodeo, 4-H exhibits and competitions and live entertainment. The annual fireworks show lit the skies over eastern Aurora.

The event is one of the first large gatherings on the Front Range since COVID-19 restrictions were relaxed in May.

“We knew folks were ready to get back to seeing friends and family at a time-honored event,” Poole said. “While we planned on extra attendance, we were overwhelmed at the number of day-of attendees.” Parking quickly became scarce and traffic on Quincy Avenue backed up, according to the release, prompting organizers to make the decision to limit attendance.

The fair is scheduled to be open until 11 p.m. Sunday.

RELATED: 9Things to do in Colorado this weekend: July 23-25