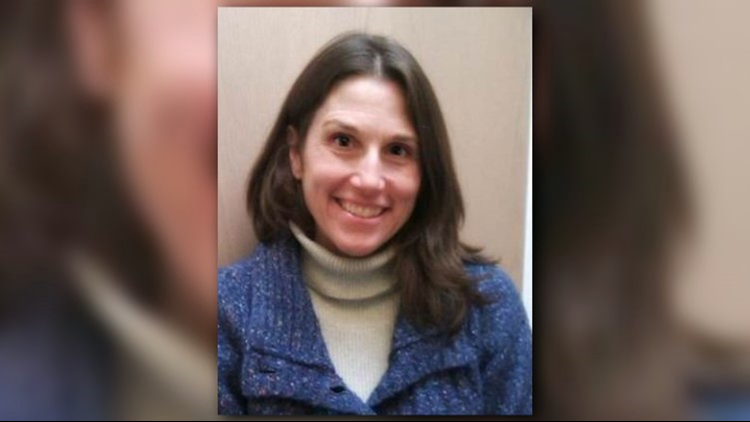 Lawyer John Clune released a series of e-mails Thursday in an effort to show that Deborah Ramirez has tried to discuss a process with members of the Senate Judiciary Committee whereby she would tell her story. Repeatedly, a committee staffer asked her to provide "evidence" before any discussion of the process.
Author: Kevin Vaughan
Published: 10:51 AM MDT September 27, 2018
Updated: 11:05 AM MDT September 27, 2018

9NEWS — The attorney for a Boulder woman who has accused Supreme Court nominee Brett Kavanaugh of sexual misconduct released a series of e-mails Thursday morning detailing his attempts to open a discussion with the Senate Judiciary Committee over her assertions.

Repeatedly, the e-mails show a member of the committee’s Republican staff requested that Deborah Ramirez provide “evidence” supporting her allegation “before we discuss a phone call or any other next steps.”

Ramirez’s allegations came to light in a story published by the New Yorker Sunday. She has not otherwise publicly spoken about the incident.

The lawyer, John Clune, posted the string of e-mails online as a California college professor, Christine Blasey Ford, was testifying before the committee about her allegation that Kavanaugh sexually assaulted her at a house party while they were both in high school.

Clune made the move to rebut suggestions that Ramirez has not cooperated with the Senate Judiciary Committee’s examination of the allegations that have been lodged against Kavanaugh.

In a message posted on his Twitter account while Ford was testifying, Clune included a series of e-mails back and forth between committee staff members and Ramirez’s attorneys.

In a series of tweets, Clune wrote: “Attached are the communications with the Senate Judiciary Committee. Their refusal to give us any information about their process or even talk to us by phone without first submitting ‘her evidence’ is highly suspect … the Senate Judiciary Committee was willing to speak with Judge Kavanaugh about the information in the New Yorker article, yet they still refuse to even have a phone call with us.”

He followed up with another message: “The committee is creating meaningless hurdles to try to paint Ms. Ramirez as uncooperative.”

Ramirez, who coordinates the volunteer program at the Boulder County Department of Housing and Human Services, alleged that Kavanaugh exposed himself to her at a drunken dormitory party when they were classmates at Yale. The incident occurred during the 1983-’84 school year, according to a New Yorker article in which she laid out her allegation – her only public recounting of what she said happened.

Ramirez came forward after being contacted by New Yorker reporter Ronan Farrow, her attorneys confirmed earlier this week to 9Wants to Know.

That followed Ford’s allegations that Kavanaugh held her down, tried to remove her clothes and clamped his hand over her mouth when she screamed at a house party in the early 1980s. They were both high school students at the time.

Kavanaugh has denied those allegations – and ones lodged by a third woman, Julie Swetnik, who asserted that the Supreme Court nominee and a friend were present when she was the victim of a gang rape in the early 1980s.

More: What we know about Deborah Ramirez, the second woman to accuse Kavanaugh of sexual assault

Clune has been frustrated in his efforts to compel the FBI to investigate Ramirez’s assertions – or to work with the Senate Judiciary Committee.

The e-mails detail a back-and-forth over what amounted to a request to discuss the process by phone.

The first response from Mike Davis, a member of the Republican judiciary committee staff, dated Monday, included only two questions: “Does Ms. Ramirez have any other evidence, including other statements, in addition to those that are contained in the New Yorker article? Is Ms. Ramirez willing to provide her evidence, including her testimony, to committee investigators?”

After Clune requested that they discuss the process, Davis again asked the same two questions.

“In response to the first question,” Clune wrote back, “there are certainly more witnesses than in the article. That would be the benefit of an actual investigation conducted by the FBI. We don’t see how you can get to the root of the matter without that. As for your second question, we couldn’t answer without learning more from you about the details of whatever process you are contemplating. After hearing more, we would advise the client accordingly and she could decide.”

On Tuesday, Clune and another attorney for Ramirez, William Pittard, sent letters calling for a formal FBI investigation and reiterating the request for discussions with judiciary committee’s staff. Those letters were forwarded multiple ways.

Davis, the committee staffer, responded with one word: “Received.”

Since then, Clune said, there has been no further communication from the committee.