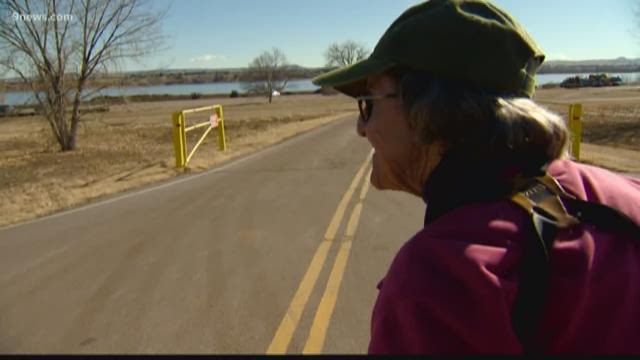 As Chatfield State Park looks to expand its reservoir, the Audubon Society of Greater Denver looks to stop them for the sake of the wildlife.

"I started coming to this park before they put the water in," Ann Bonnell, second vice president of the Audubon Society of Greater Denver, said."Makes me want to cry,"

The Chatfield Reservoir Reallocation Project plans to expand the water capacity by more than 20,000 cubic feet, according to Park Manager Scott Roush.

"We looked at the increased population that is projected here along the Front Range, there is not enough water for everyone that is going to be coming here," Roush said.

But. Bonnell says the construction is damaging the environment which is bad news for birds that frequent the park.

"We can't just keep taking away little pieces of habitat for wildlife and still think we're going to have wildlife," Bonnell said.

The Audubon Society filed for a preliminary injunction to stop the construction but lost. This week, it filed an appeal.

"This is a state park. This is supposed to be preserving habitat," Bonnell said. "There's herons, Great Blue Herons. There's Cormorants. There's all kinds of Warblers. There's over 300 species of birds that use this park."

Roush says the construction includes plans for revamped wetlands and forest and increase in the number of environmental pools.

"I think the plan that's been put together provides mitigation for all the environmental impacts that we are creating," Roush said.

Bonnell doesn't believe the mitigation plan is good enough and will continue the fight.

"We're not giving up," Bonnell said.

Bonnell says there is no timetable on when another court ruling will be made. In the meantime, construction continues.