Though the message of safe driving is repeated over and over, traffic deaths in Colorado only continue to rise. CDOT says fatalities are up 29 percent over the last three years. 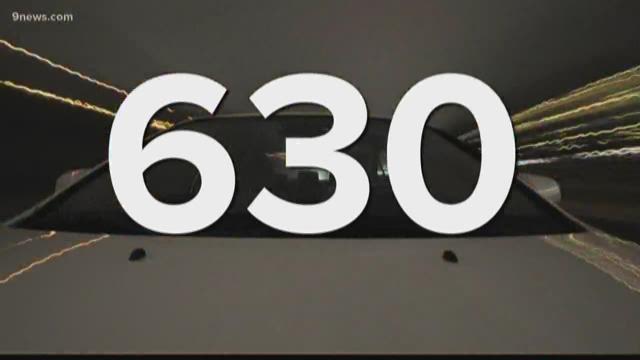 The Colorado Department of Transportation has put up a dire notice on interstate signs Wednesday: 35 people have died in crashes in 2018 already.

And that comes after a record year for traffic deaths in Colorado.

"It's a selfish decision to get behind the wheel of a 3,000-pound missile and you can't see straight you can't think straight," said Colonel Matt Packard, Chief of the Colorado State Patrol. "Personally, I think your life is worth not taking the risk."

Though this message is pounded in motorists' heads year after year, deaths are only going up on Colorado's roadways. Last year 630 people died in traffic crashes; CDOT said that's up 29 percent over the last three years.

"Very frequently it's not just about you but somebody else too," said Michael Lewis, CDOT's Executive Director.

The highest fatalities were recorded in El Paso, Adams, Weld and Denver counties.

In Denver, nearly half of the people who died were in an impaired-related accident.

Across the state, 211 people who died in traffic crashes weren't wearing a seatbelt.

There is also this warning:

"Currently three out of four car and booster seats are installed improperly," said Ginna Jones with the Colorado Department of Public Health and Environment.

And even though younger drivers have gotten a bad reputation behind the wheel, numbers from the The National Highway Traffic Safety Administration for Colorado show out of the 880 drivers involved in fatal accidents in 2016, 59 were below 21.

CDOT said while yes there are more people in Colorado, that's not the only factor to consider and mentioned $10 billion in projects that aren't funded to help improve roads.

The organization is - like always - encouraging people to be more responsible behind the wheel. They're starting the year by saying what you've heard before but is worth saying again:

Put on your seat belt.

And put down your phone.