Chris Harris Jr.: 'I definitely want to be in the rafters when I'm done here' 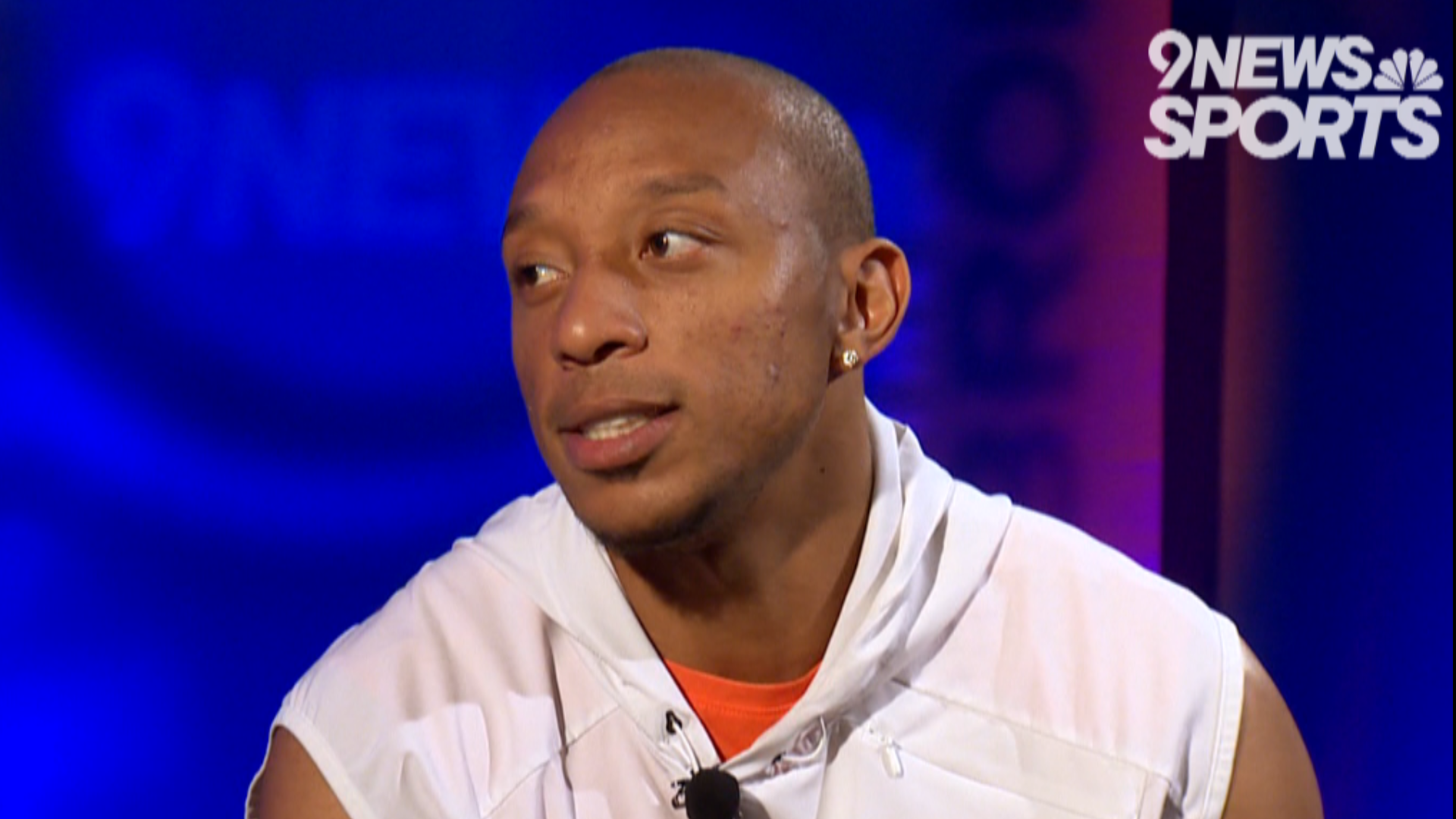 There was also the matter of playing for a winning  team and cementing his personal legacy.

Harris, a cornerback who has averaged 2.6 interceptions in his seven seasons as a full-time starter, was not happy with how his Broncos fell to 5-11 and 6-10 the past two years.

His frustration was exasperated by the spoiled success he enjoyed early in his career, when his Broncos reached the playoffs in each of his first five seasons.

Harris knows what good and bad teams look like and he believes his current Broncos can return to their winning ways in 2019.

"It starts with your quarterback," Harris said last week in a sit-down interview with 9News. "You have to have a solid quarterback and  I think Joe (Flacco) is way more comfortable. He likes it here. I think this offense fits him well.

"And I think we have a lot of playmakers on defense. I think every week were going to show something new to the offense and they won’t have a bead on us. We can change it up. One week, I’ll line up straight outside; one week I’ll play nickel. So we can do a lot of different things."

And then there is Harris’ standing reservation among the Broncos’ greats. Even had he forced a trade at the onset of the NFL Draft six weeks ago and not played another down here, he probably had gathered enough accomplishments to one wind up in the team’s Ring of Fame.

Then again a bitter divorce might have delayed things. Harris has four Pro Bowl selections, is tied for second in team history with four pick sixes and was among the centerpieces for that dominant Super Bowl 50 defense in 2015.

But former Broncos middle linebacker Al Wilson earned five Pro Bowl berths and is not in the ROF. Harris could use another Pro Bowl year on a winning team to secure his place in the Broncos’ annals.

"Oh yeah, it definitely matters," Harris said. "I definitely want to be in the rafters when I’m done here. I know the fans wanted me here, my family wanted me here. It just made sense to go out here and do whatever I can to prove it that I want to retire here."

He is here on a one-year, $12.05 million deal, a 35 percent raise on the $8.9 million he was scheduled to make. Funny how it works. Harris was the subject of more chatter and headlines during his two-month absence than he received in the seven offseason workouts programs he participated in combined.

"I wasn’t really looking at everything except stuff that popped up on my Twitter," he said. "But it’s crazy how it all happened."

As the losses mounted the previous two years and his frustration grew, Harris would speak out about the lack of creativity in the team’s game plans or the defensive play calling.

He doesn’t foresee such issues with the current coaching regime of head coach Vic Fangio, whose roots are grounded on defense, and defensive coordinator Ed Donatell, whose background is steeped in the secondary.

"He just has an answer for everything," Harris said of Fangio. "He likes to rotate the hard down. Instead of being the hard down on me every play of the game."

"One down you might have help," Harris said, referring to a safety over the top. "The next down it might be all on you. In previous years it’s been all on (me) a lot of the plays. He wants to rotate that and give us a chance to make more plays."

Varying the 'hard' down assignments was made possible this year after general manager John Elway signed versatile defensive back Kareem Jackson and slot corner Bryce Callahan in free agency. Jackson has been playing the safety position vacated with the release of Darian Stewart, and Callahan has been playing outside corner.

Harris, Callahan and Jackson have all taken turns playing the slot when Fangio employs the nickel defense, which figures to be 60 to 80 percent of the time during the season.

"These guys are smart. They can play everywhere. They just love the game," Harris said of Jackson and Callahan. "That’s what I always want.  I want to play with teammates that really love the game like me and are really all in on football and try to win so I’m really happy with the guys we brought in."

Whatever awkward discomfort Harris felt in the first day or two after his return has since been soothed. He became quickly acclimated with the new terminology and concepts. He believes in his teammates and has confidence in his new coaches.

"These guys have a lot of experience," he said. "Like I said, we have answers for a lot of different things that the offense is doing and I’ve had great one-on-one talks.

"I went out to eat with coach Donatell and I talked for a while with coach Fangio one on one and I feel comfortable with them and they expect me to go out there and make a lot of plays for them."