The Alzheimer's Association of Colorado said at least half a dozen departments have reached out to the non-profit in the past week. 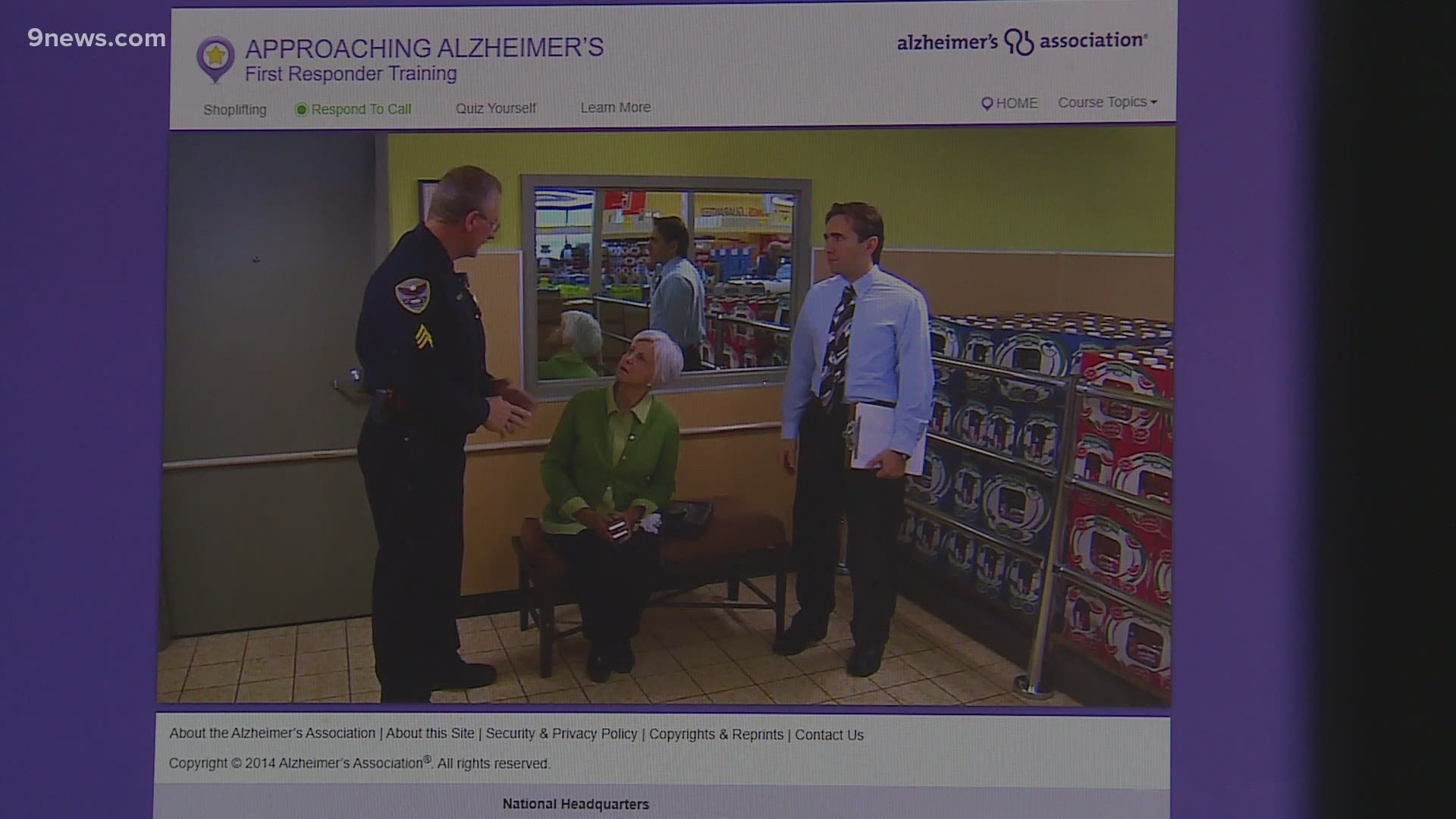 COLORADO, USA — A violent arrest of a 73-year-old woman with dementia by the Loveland Police Department is prompting other departments to take action. The Alzheimer's Association in Colorado said several agencies have reached out requesting additional training.

Three employees of the Loveland Police Department are no longer working there after the video of Karen Garner's arrest became public. A federal lawsuit accuses the department of forcefully arresting and injuring her last summer.

Kufeld said one of his sergeants called the Alzheimer's Association of Colorado to seek additional training after watching the video of Garner's arrest. The department has wanted more training for a while but the incident prompted the agency to move forward now, according to Kufeld.

"If they happen to be suffering from Alzheimer's or dementia we want to know how to help," he said.

Kufeld explained it is not uncommon for his officers to come across these people on calls since the area is a popular spot for retirement.

His department was one of several Colorado agencies that recently reached out to the Alzheimer's Association for more training.

"If we don't take advantage of those trainings, whatever they may be, I don't believe we are doing our job," he said.

76,000 people across the state are living with Alzheimer's and the Alzheimer's Association of Colorado projects that number will rise to 92,000 by 2025.

"It does shine a spotlight on the situation where we have got tens of thousands of people who could find themselves in these situations and how do we train our first responders to be most effective and most humane in those circumstances," said Jim Herlihy, Senior Director of Communications & Marketing for the Alzheimer's Association of Colorado.

A portion of the non-profit's free online training for first responders shows officers how to respond to a shoplifting call. It suggests speaking calmly and maintaining a supportive demeanor to keep the situation from escalating.

The opposite occurred in Garner's case. She attempted to leave a store without paying about $14 worth of items.

"It pointed out a need frankly and I think the police and first responder community has responded to that need," said Herlihy.

Kufeld said he hopes this training will better prepare his officers and avoid another situation like the one in Loveland.

"It is critical that we know what we are doing when we respond to those," he said.

The Estes Park Police Department said they hope all of its officers will complete the training by mid-May. The Alzheimer's Association of Colorado said Loveland Police is also taking this training, as well as police departments in Firestone, Erie, and Steamboat Springs.

Tom Hacker, a spokesperson for the Loveland Police Department, confirmed to 9Wants to Know that they had resigned.