The state also partnered with T-Mobile to provide 34,000 WiFi hotspots and up to 100 gigabytes of data a year to low-income families who qualify. 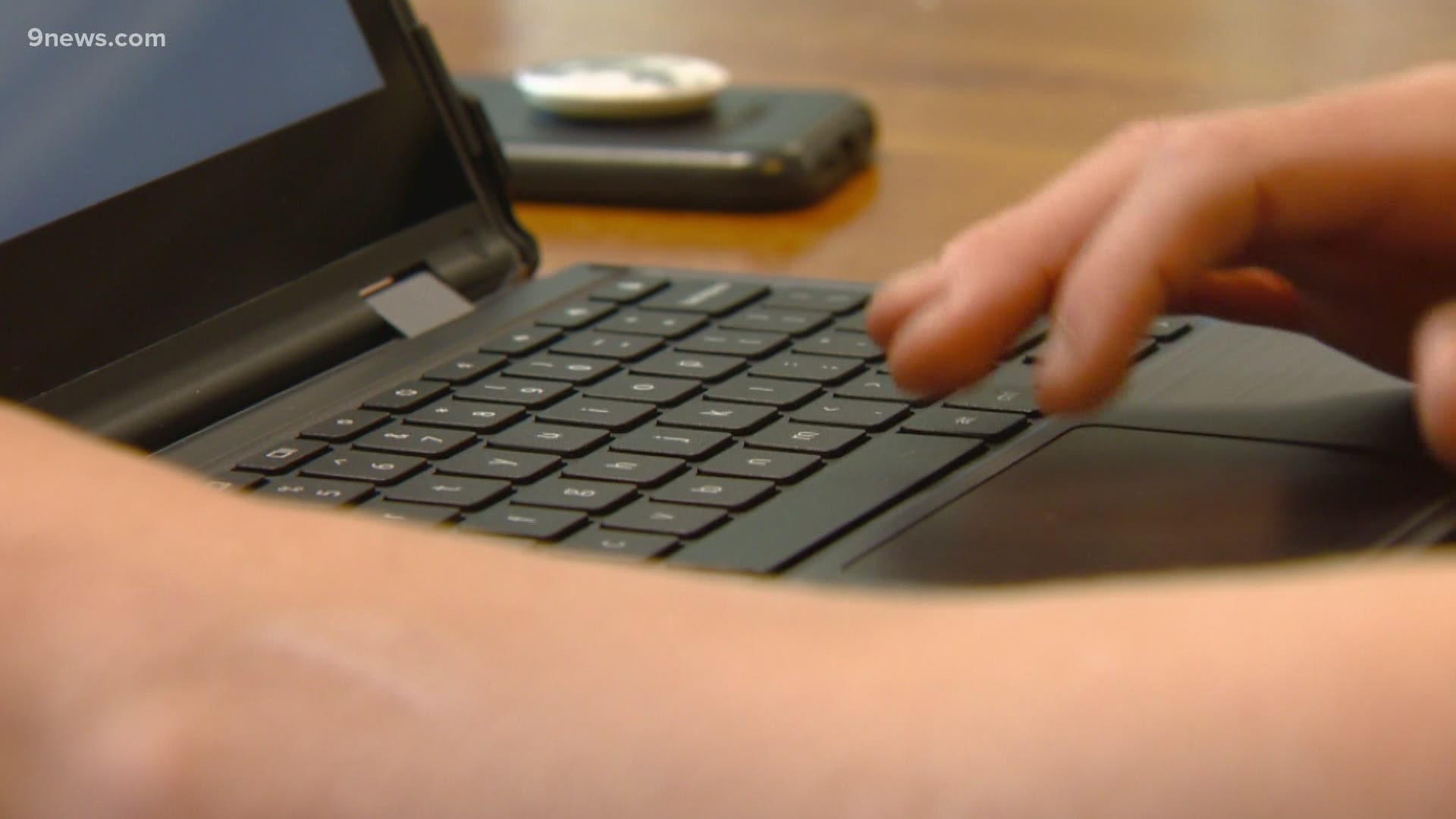 DENVER, Colorado — Democratic Gov. Jared Polis announced Wednesday that $2 million from the CARES Act will be sent to districts to address the 65,000 students the state's Department of Education (CDE) estimates who don’t have access to internet at home.

While low COVID-19 cases in the state will push more students back into the classroom, families have to be prepared to go remote. Some won’t want to send students back right away and others might have no choice if a school experiences a virus outbreak.

The state also partnered with T-Mobile to provide 34,000 WiFi hotspots and up to 100 gigabytes of data a year to low-income families who qualify based on free and reduced lunch standards.

The $2 million in federal aid will be dispersed to districts to provide even more hotspots and to address unique scenarios in their region. Some rural parts of the state may have different needs than more urban areas.

A survey by the CDE shows about 53,000 students don't have devices with Wi-Fi they need to do online learning. About 65,000 don't have internet access at home, and Polis said this threatens to further divide the achievement gap.

“This access divide often falls along racial lines. Recent research from Colorado Futures Center found that two-thirds of kids that lack access in Colorado are Latino,” he said.

Attorney General Phil Weiser also announced Wednesday that he's signed on to a multi-state petition asking the FCC to allow schools to extend their internet networks to student's homes. He said that would provide districts millions of more dollars to address this issue.