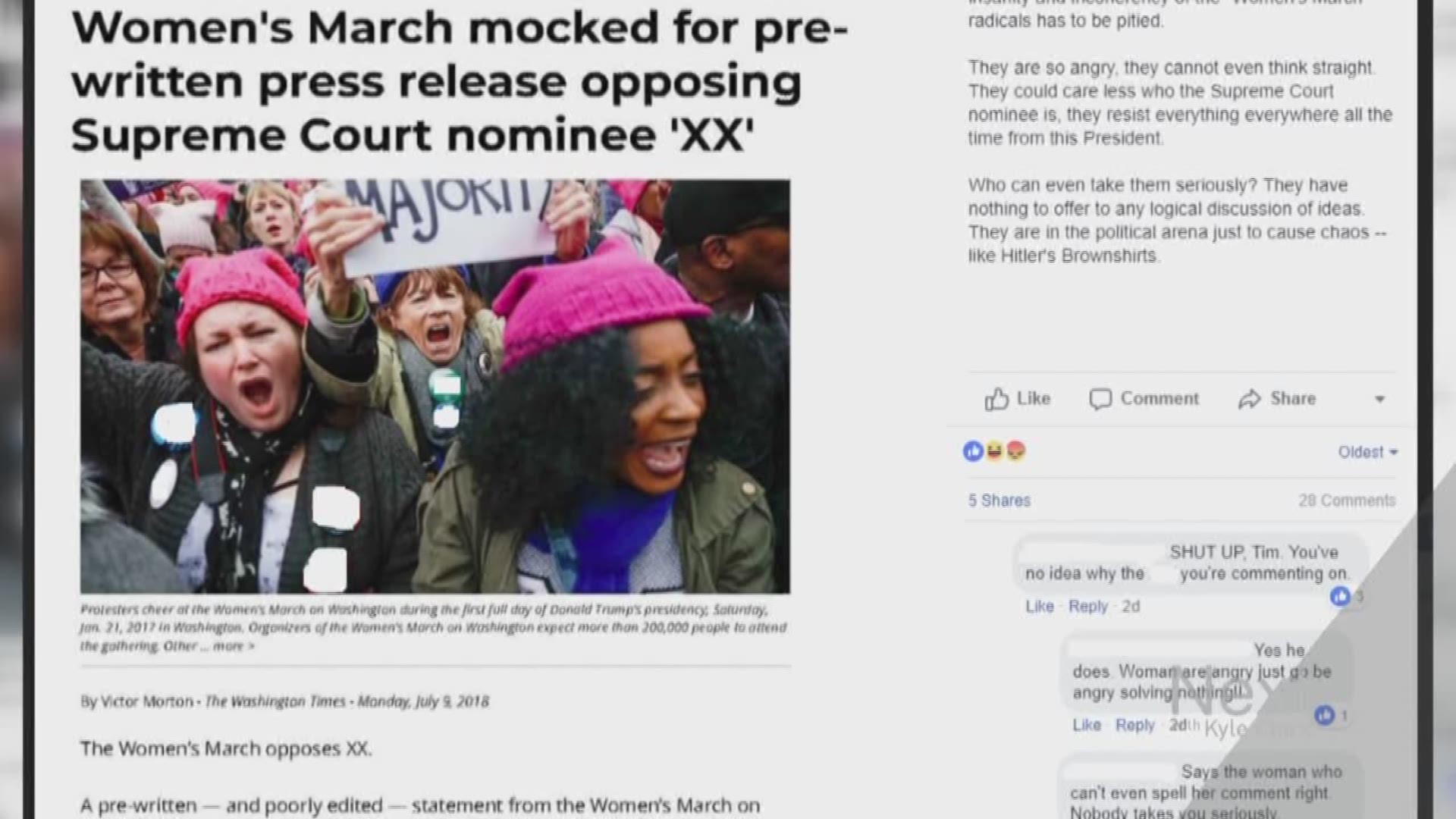 Leonard posted his thoughts on his Facebook page Tuesday, along with a screenshot of an article from The Washington Times. The article was posted earlier this week and referenced a Women's March press release about President Trump's new Supreme Court nominee.

"I usually like to avoid national politics, but the insanity and incoherency of the "Women's March" radicals has to be pitied.

They are so angry, they cannot even think straight. They could care less who the Supreme Court nominee is, they resist everything everywhere all the time from this President.

Who can even take them seriously? They have nothing to offer to any logical discussion of ideas. They are in the political arena just to cause chaos -- like Hitler's Brownshirts."

The brownshirts were a militia that supported Adolf Hitler, terrorizing opponents of the Third Reich.

Leonard did not respond to messages from Next with Kyle Clark on Friday. As of this writing, the comment is still posted to his page.