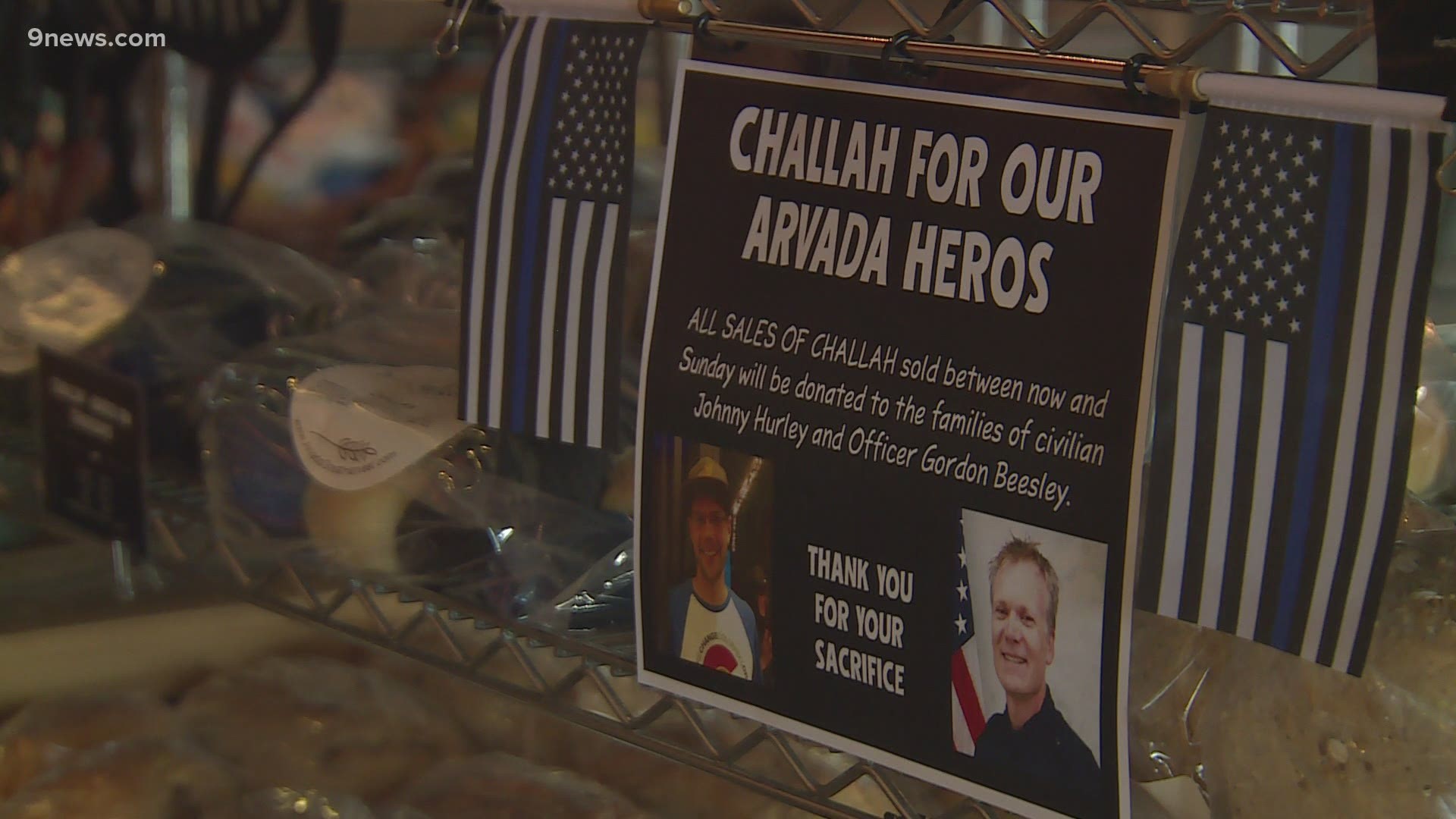 ARVADA, Colorado — When tragedy strikes, the community oftentimes shows up. Days after two people were shot and killed at Olde Town Square in Arvada; many neighbors wanted to help.

The owners of Great Harvest Bread Co. in Arvada decided to raise donations through their challah bread sales. All proceeds from those sales go directly to the families of Johnny Hurley and Officer Gordon Beesley.

Co-owner Aimee Charlton said the support has already been overwhelming.

"Today we were realizing we were running out of food dye," she said. "We’ve got to figure out how to get more food dye so that we can continue selling it next week and continue the fundraising."

They have received more than 50 orders in the last week, said Charlton. Their fundraising efforts will continue through Sunday, July 4..

"It’s a little bit that we can do. It’s not enough because nothing will replace lives, but it’s something that we can do together and grieve together as a community," said Charlton.

Great Harvest Bread Co. can usually be found at the Arvada Farmers Market on Sundays, but the event was canceled this weekend as the community continues to heal.

"We love any chance we can to do business and that being said it was the right decision," said Charlton. "My team was feeling awkward about having a market...they just were feeling uncomfortable, so when we heard that the city and Arvada market had decided to not do that this week, we supported that."

In a Facebook post, the Arvada Farmer's Market said it would resume Sunday, July 4th and honor the victims with a moment of silence led by city officials.

To honor the victims of the tragedy in the square, and In conjunction with the City of Arvada, the decision has been...