So far in 2021, the Aurora Police Department said 10 juveniles have been shot, but survived. 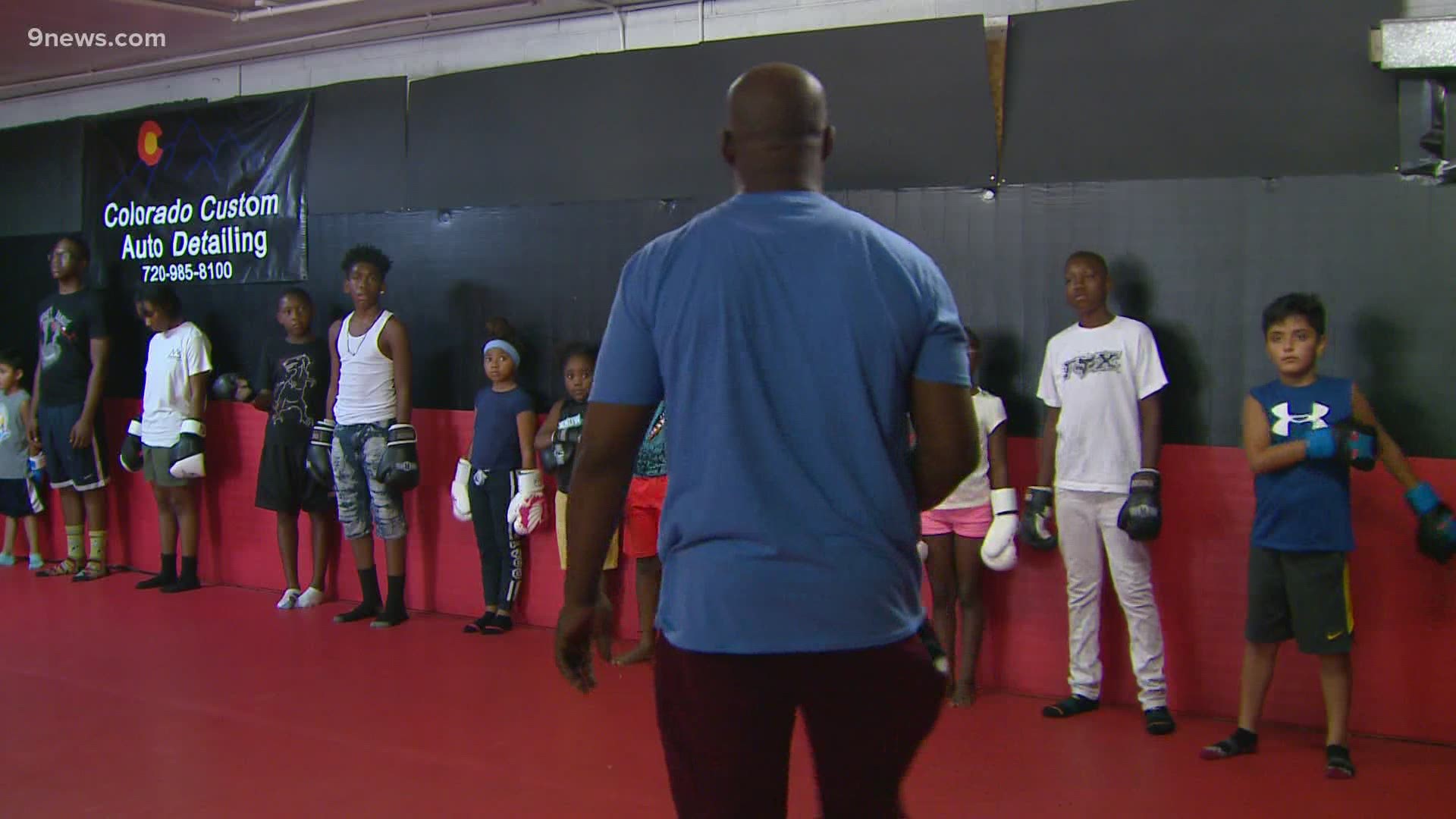 AURORA, Colo — Aurora Police Chief Vanessa Wilson plans to address violence in the city in front of city council on Monday – citing data from the Aurora Police Department (APD) that shows 10 people under the age of 18 have been shot, but survived so far in 2021.

Fourteen juveniles survived gunshot wounds in 2020, according to the numbers from APD.

There's a gym in Aurora, Heavy Hands Heavy Hearts, that is giving kids a safe space and helping them stay out of trouble and not become victims of violence.

It's led by Lumumba Sayers, a former MMA fighter. He opened the center a few years ago after he saw a couple kids teaching each other how to throw up gang signs.

"I think creating a safe space like this keeps them away from violence because their time isn’t idled," he said. "They have something to do."

On Wednesday, he taught a boxing class to more than a dozen students. Before they put on the gloves to hit the bags, he told every student to say three things they love about themselves.

"The reason I teach them self-love and self-appreciation is because, if you love yourself, no one can push you into doing something to destroy yourself," he said.

He believes kids will make better decisions if they learn these lessons.

Sayers said a couple of his students last year were victims of gun violence after being in the wrong place at the wrong time. Several of his family members have also been shot and killed.

"We have just got to get these kids who are out here making bad decisions to make better decisions and do different stuff with their life," he said.

In addition to his boxing classes, a group of young people at his gym formed a program called "Gloves Up, Guns Down, Get Your Heads Up In The Hood." Sayers said it brings kids together and allows instructors to talk to both sides and find out problems before it leads to violence.

"If you get those two parties together and they are able to talk about the situation, then we are able to stop a lot of the violence," he said.

He believes classes like his keep young people busy and helps them be successful later on in life.

"Teaching them to be entrepreneurs and to turn their own businesses and stuff like that, man, if you got money in your pocket, you aren’t going to shoot nobody," he said.

During his professional career in the ring, he protected himself. Now, he's using those skills to defend kids.

"This is their family," he said. "They are not out there by themselves. Kids make bad decisions because they don’t have a family to turn to."