Donations can be dropped off at one of four South Philly Cheese Steaks locations in metro Denver. 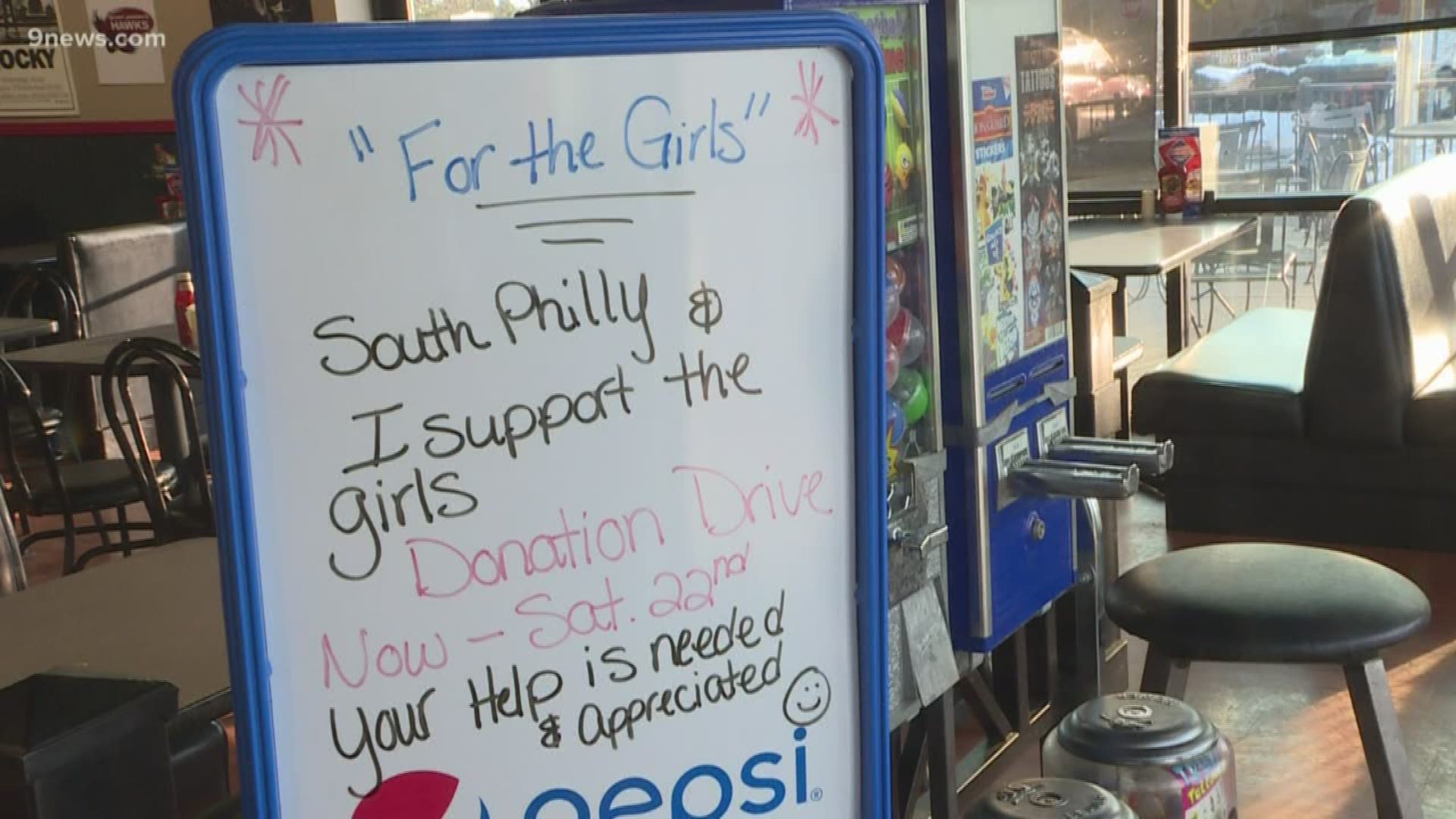 "I felt like something had to be done. I couldn't just sit back and watch those bras just go to the trash and landfills. So, I thought why not? Let's do a drive," Melanie Gelinas said.

Melanie Gelinas, who owns the Cherry Hills Village restaurant, said she was inspired to put together the drive after she found bras and clothing from a Victoria's Secret store discarded near her Centennial apartment.

"Earlier in the week, I said couldn't they have given these to a shelter and that's what spawned all of this," Gelinas said.

The Streets of SouthGlenn store recently closed, and a Victoria's Secret spokesperson said workers "damaged out sample products, including bras."

Remaining inventory was sent to other stores, the spokesperson said in an emailed statement.

"I still feel it was a total waste," Gelinas said.

She contacted a nonprofit called I Support the Girls and National Director of Operations Erin Persaud.

"Our mission to provide dignity to all folks through the provision of essentials such as bras, underwear and menstrual hygiene products," Persaud said.

Gelinas' "For the Girls" drive aims to collect 200 bras and feminine hygiene products for women in need and women experiencing homelessness.

Donations can be dropped off at the following South Philly locations:

Persaud says the need is great. She says in the Denver community, she has collected and distributed more than 200,000 products.

Gelinas says before this week, she had no idea.

"Once I realized what I found and need out there and it was mostly because of the comments in the community that I heard all these needs and I thought you know I need to do something," Gelinas said.

"At least I'm doing something and hopefully other people can do things, too," Gelinas said.