Anchor House, a church and community project in Broomfield, has eight studio apartments for young people who have been emancipated from the foster care system. 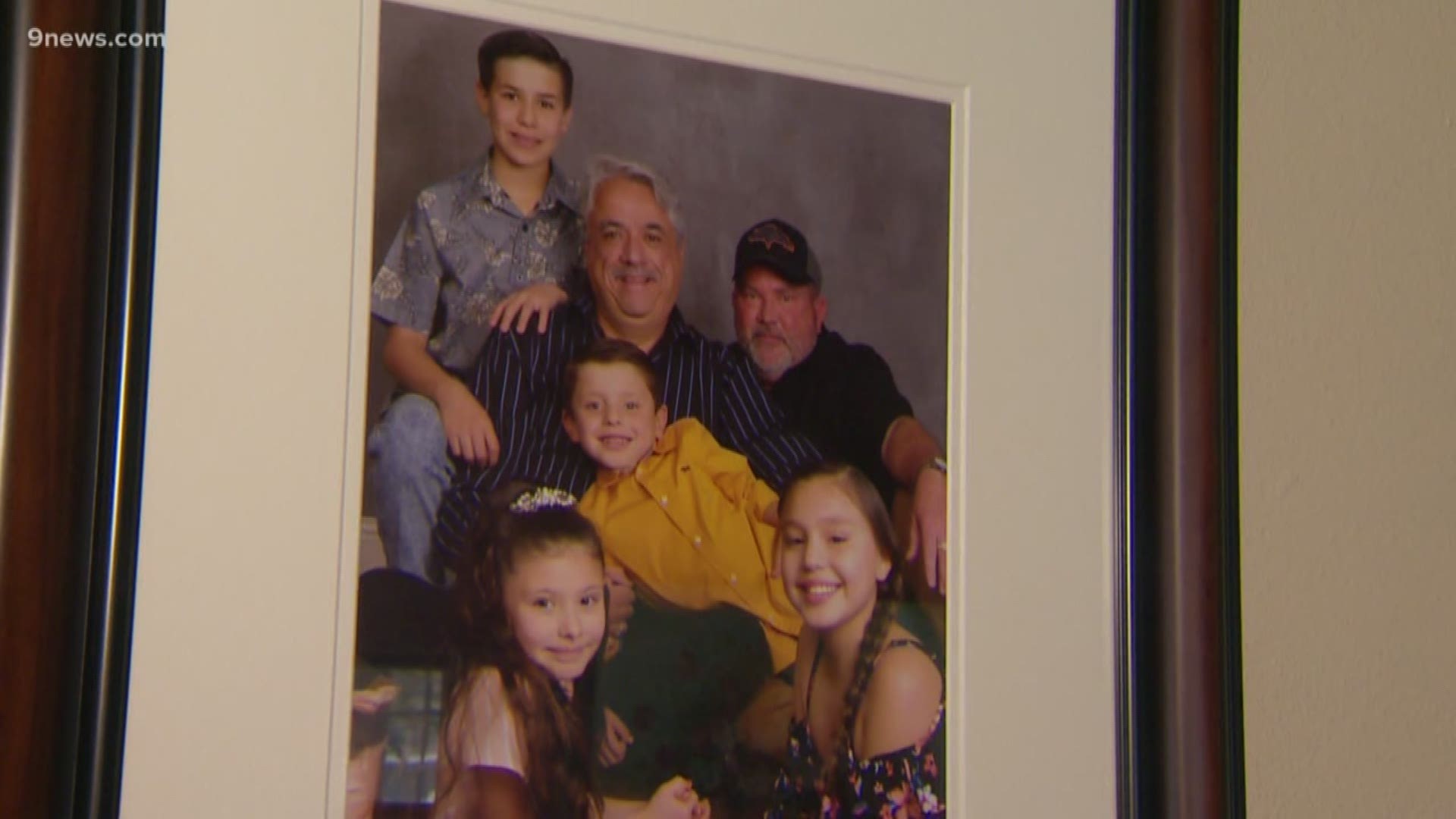 BROOMFIELD, Colo — The community room has a fresh coat of cheery, teal paint and the kitchens in each of the eight studio apartments have new cabinets in a trendy shade of gray.

Anchor House, a community project years in the making, is ready for its tenants, who will begin moving in next month. The young people coming to live in the sky-blue house within walking distance of bike trails and a grocery store have aged out of the foster care system without getting adopted or being returned to their families.

>> The video above aired in 2019: Children Find Safety With Foster Dads

There is only enough room for eight people, hardly enough to make a dent in the crisis of youth homelessness. But organizers, who began planning the project in 2017, say newly constructed Anchor House is a model for what churches, nonprofits and others could copy in communities across Colorado.

The recipe included land donated by a church, a fundraising campaign that inspired donations from $15 to $200,000, the might of a Flatirons Habitat for Humanity crew, and a community organization helping former foster kids transition to living on their own.

The conversations among Broomfield churches about how to help the homeless began years ago and went on so long, frankly, that Lutheran Church of Hope member John Bosio got frustrated. He whipped his church into action, and the congregation agreed to build Anchor House on its campus, then lease the home for $10 for 50 years to a newly created nonprofit that would oversee the project.

“You’ve got to start doing something with your vacant land other than just mowing it every summer,” Bosio often tells other churches. “I can think of five churches here in Broomfield alone, sitting on vacant land, and it’s been that way for 50 years and these churches are not growing, they’re shrinking.

John Bosio, who spearheaded the fundraising for Anchor House, stands in the doorway of the new housing project in Broomfield. Young people who have aged out of foster care will begin moving into the house in September. (Jennifer Brown, The Colorado Sun)

Now, as Bosio gives tours of the new house and even hosted Gov. Jared Polis at a ribbon-cutting ceremony last week, he wants faith-based groups and nonprofits across Colorado to take note: This is how it’s done.

“We’re a little church of 200 average Sunday attendance,” said Bosio, who is president of Anchor House and also a leader in the local Habitat for Humanity chapter. “If we can do it, some of these other big mega churches can do it.”

Besides, Bosio believes that churches will attract more members with bold projects to help the community. “That’s what attracts millennials,” he said.

With the land secured, Bosio spearheaded a funding effort that grew to $875,000 and included grants from the Colorado Department of Local Affairs, the Colorado Health Foundation and Thrivent Financial. At first, Lutheran Church of Hope was considering senior housing, or emergency housing, or housing for women who had escaped domestic abuse.

Then church members heard a presentation from Lutheran Family Services Rocky Mountains, which licenses foster families and helps county child welfare divisions place kids in foster homes. Colorado has a severe shortage of housing programs for emancipated foster youth, who often end up living on the streets, couch-surfing or getting involved in unhealthy or even abusive relationships in order to have a place to sleep.

The National Youth in Transition survey, which has followed thousands of young people across the country since they left foster care, found that about 25% had been homeless by age 19, and 36% by age 21. In response, Colorado has ramped up efforts to help aged-out foster youth in recent years, including with housing projects in Montrose, Boulder and Jefferson County.

At Anchor House, youth ages 18 to 24 who have previously been in foster care will fill the eight studio apartments. A case manager with an office in the building will provide help tracking down birth certificates or Social Security cards, filling out job applications, securing health insurance and scheduling therapy or substance abuse treatment.

Bosio’s son, a trained chef, plans to teach a class on cooking healthy on a budget. Church members will offer talks on finances and buying health insurance. All of this, as well as sermons at the church next door, are voluntary. Anchor House is meant to become a training ground for independent living — with optional support but no curfew or class requirements.

Lutheran Family Services is taking applications for the housing project, after spreading the word at county child welfare divisions, nonprofits and the Chafee Foster Care Independent Living program, which helps young people transition out of foster care by assigning them an adult mentor.

Youth who did not emancipate from foster care but who were given to relatives or foster families in their teens and then ran away are also eligible to live at Anchor House, said Brian Brant, senior vice president of programs at Lutheran Family Services Rocky Mountains.

“For the longest time, our foster care system was really designed for younger children,” said Brant, who previously worked for the state child welfare division. “They were leaving this very controlled system that didn’t give them much opportunity to learn and suddenly they were on their own. The system is changing for the better now.”

In addition to new housing options, the state legislature passed a law this year that allows young people who left foster care at 17 or 18 to reenter the system. As adults, they can receive the benefits of monthly stipends for housing and support from a guardian ad litem, and they can live in their own apartment or with roommates.

Prior to the new law, foster youth who aged out of the system — often with only a suitcase or plastic bag of belongings — were left to rely on nonprofits, federal housing vouchers and, in some counties where the program exists, a Chafee Foster Care mentor.

“Before, it was really a cliff,” Brant said.

Lutheran Family Services recently started the interview process for Anchor House tenants, and based on early interest, is likely to soon fill the eight apartments. Like Bosio from Church of Hope, the nonprofit is telling communities across the state about the community-church-city-state project in Broomfield.

Under the plan, Anchor House will sustain itself financially. The project has $40,000 from the Colorado Health Foundation to pay its bills, and will generate $65,000 annually from rent, based on income, and housing vouchers awarded to its residents.

Bosio now has his sights set on buying a house on the same block as Anchor House and the church to create emergency housing. Without a homeless shelter in town, Broomfield churches try to fill the hole by providing temporary shelter on especially cold nights or handing out vouchers for hotel rooms, he said.

Young people who live in Anchor House are expected to stay one year to 18 months, on average, before branching out further on their own. The apartments are close to a recreation center, a King Soopers, a convenience store and a bus station, which provides a short ride to the campus of Front Range Community College.

On a recent August day, workers were double checking kitchen appliances and light fixtures, and gift baskets of homemade quilts, tin foil and closet hangers sat waiting for tenants to unpack. The hope is that, in the future, similar houses will open across Colorado.

RELATED: 1 killed, 1 injured in crash of motorcycle with hit-and-run driver

RELATED: 5-year-old boy's body found in ravine near Fraser a month after death in Texas