'A huge need in our community': Nonprofit delivers food, supplies to Navajo Nation

Citizens of the Navajo Nation have been ravaged by COVID-19. Compassionate Colorado was created to help provide for and protect these Native American communities. 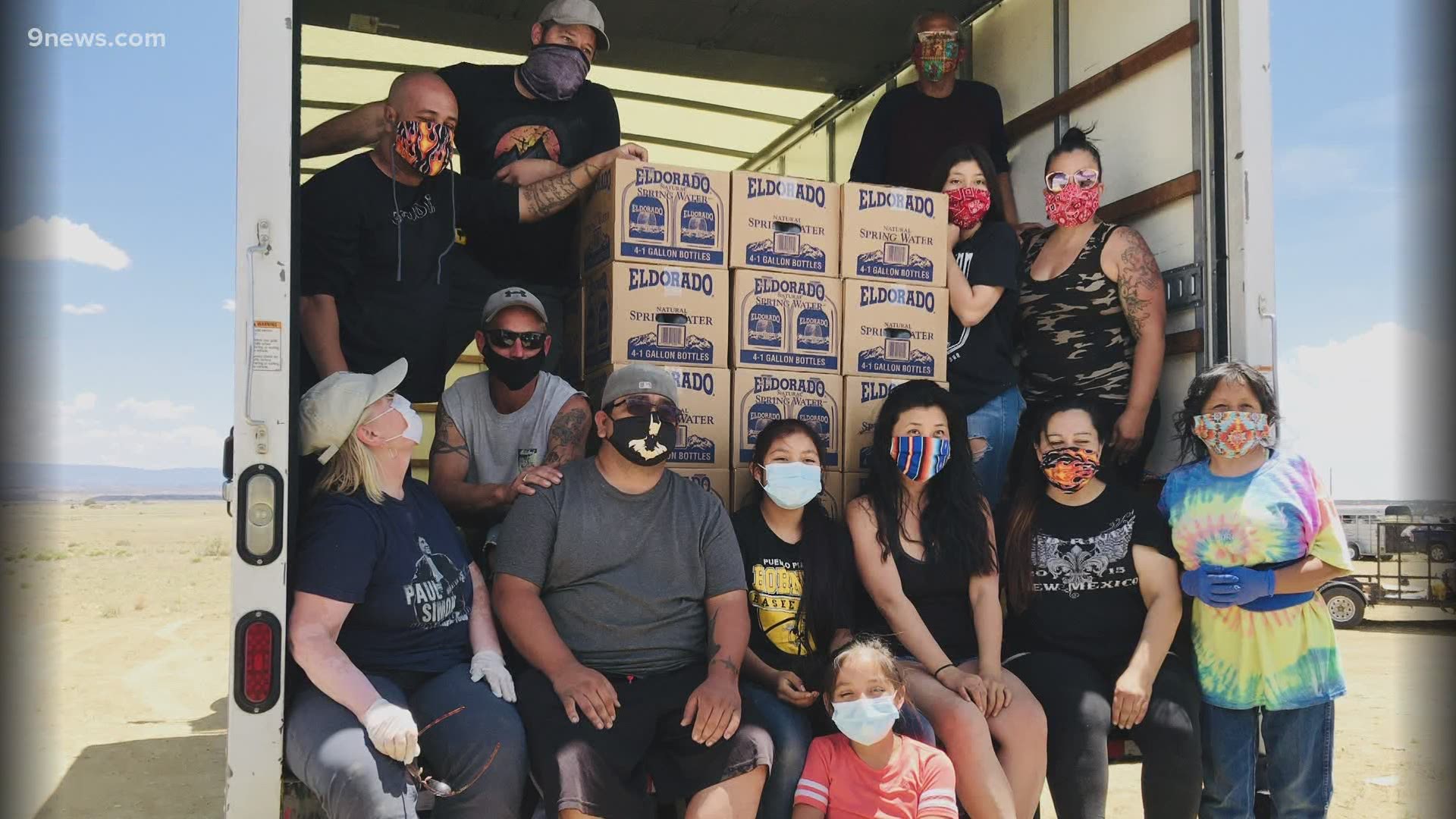 DENVER — Every other week since April, a group of local volunteers has been collecting donations in Colorado and taking them out of state to neighboring Native American communities in Utah, Arizona and New Mexico.

Those communities have been devastated by the pandemic as COVID-19 cases continue to rise by the hundreds.

The Navajo Nation is the largest Indian reservation in the United States, spanning portions of northeastern Arizona, southeastern Utah and northwestern New Mexico.

Navajo citizens, like the rest of the country, have been ravaged by COVID-19. Even under the reservation’s ongoing stay-at-home order, the death count nears 700, with more than 17,000 cases reported.

“The hospital is two hours away, so just trying to get basic medical services in that area has been tough,” said Lucas Garcia, the founder of Compassionate Colorado.

After nine months in the pandemic, coupled with the Navajo Nation’s preexisting disparities, basic essentials like food and water have become sparse.

“It's just a true, true awakening of what our people have been going through,” Garcia said.

“I was in education before this,” Garcia said. “In March, that all changed.”

Garcia was furloughed, joining the growing population of men and women without jobs.

“I saw that there was a huge need in our community to help our elders stay safe, so we started making sure that our elders had food,” he said. “We’d go grocery shopping for the elders here in the community so they wouldn’t have to.”

He was joined early on by local friends and strangers in Denver also wanting to help the community. It was a few weeks into that effort when they learned how deep and dire the suffering was in the Navajo Nation.

“We saw the living conditions of no running water, very scarce electricity in the area,” he said.

For Garcia, these disparities were personal. His great grandfather was full Navajo. Without hesitation, Garcia turned all of his efforts to his people.

In a weeks’ time, he and a few volunteers were on the road to the Eastern Agency in New Mexico with truckloads of supplies, donated by the people of Colorado in a matter of days. That first trip, Garcia said, changed their lives.

“We know how to collect food and water. Let's take that down there,” Garcia said. “And on our first trip to New Mexico, it really opened our eyes to the heartache that's happening there.”

Since that first trip in April, Garcia and his team have made 15 more to areas of the Navajo Nation, traveling hundreds of miles almost every other week to deliver thousands of pounds of food, water and supplies to Colorado’s Native American neighbors.

Credit: Giles Clasen Photography
Compassionate Colorado has made sixteen trips to all areas of the Navajo Nation.

“The trust from them to outsiders is really tough to peel back,” Garcia said. “I think with our consistency, them seeing that we definitely want to do this for the long haul, there has been a tremendous breakthrough for us."

Garcia said that consistency would not be possible without the overwhelming and consistent generosity of the state.

“I just want to thank the people of Colorado for all that they have done," he said. "For you guys to open your hearts to help out a community of people that are in dire need has been a true blessing."

Garcia said that's why they called this effort "Compassionate Colorado." He had no doubt his community would live up to the name.

Compassionate Colorado will be making its 17th delivery to the Navajo Nation on Jan. 5.

If you'd like to donate nonperishable food, hygiene products, medical supplies, masks or any other items on the donation list, the nonprofit has set up 25 dropoff locations from Northern Colorado to Pueblo.

Or, you can visit their website, Compassionate Colorado, to make a donation and learn more.