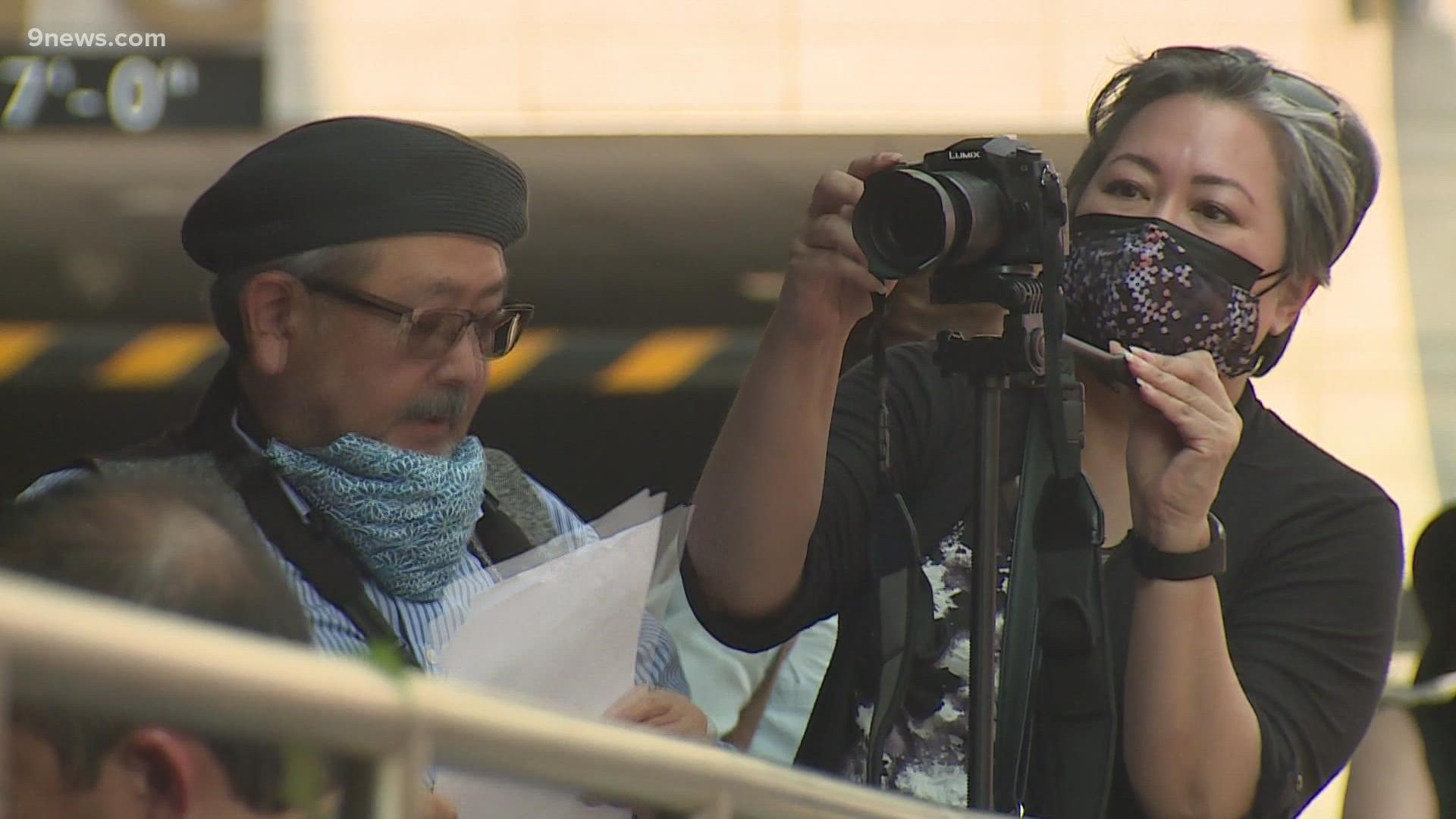 DENVER — The only thing commemorating the history of Denver's once-thriving Chinatown is a plaque that can be easy to miss. It is currently on a building across from Coors Field located at 20th and Blake Street.  For those who do stop to read it, members of the Colorado Asian Pacific United organization (CAPU) said it misrepresents a community and its history.

"The story of Chinese Coloradans and Asian Pacific Americans in the state generally has been more or less, well, canceled," said William Wei, a member of CAPU and former state historian.

The organization held an event at Zoe Ma Ma at Union Station to reveal their proposed text for a new plaque commemorating Denver's Historic Chinatown.

"As a historian, I have a basic commitment to the truth," Wei said. "The truth is out there, well it is, and our mission as historians and as members of CAPU is to get that story out."

The current plaque reads "Hop Alley/Chinese Riot of 1880," when the riot that took place can be more accurately described as an "Anti-Chinese race riot."

CAPU believes an essential step toward ending racism and injustice is a better understanding of their shared history as they take the first step toward honoring the past.

"Unless we do it, this information is going to of course, never be known to the public, very much like the existence of Chinatown itself," said Wei.

Sunday, CAPU was joined by business owners' descendants who helped Chinatown thrive in the 1800s: The Lung and Chin Families.

In addition to a new plaque, the organization hopes to add a mural that depicts the Asian and Pacific American experience and kiosks that would help distribute information about the community and its history.

"We're worth celebrating," said Wei. "That's why we're having these activities today, to celebrate the Asian Pacific American past, present, and future."

"Of the over 200 Chinese communities that once existed in the American West, Denver's Chinatown was one of the largest and most prosperous. Chinatown's origins can be traced to an anonymous Chinese immigrant who arrived in Denver in June 1869. He was probably one of the Chinese railroad workers who were mostly responsible for building the western half of the famous Transcontinental Railroad that unified the country economically and culturally.

Chinatown was located on Wazee Street between 15th and 16th Streets, extending up to 22nd Street. It was a flourishing frontier community that provided a wide range of ethnic goods and services in a welcoming environment to Chinese immigrants working in Colorado and the Intermountain West. The Chinese immigrants performed mainly physical labor such as working in mines and building infrastructure. Eventually, they were relegated to marginal livelihoods such as laundrymen and cooks.

Even though there were comparatively few Chinese residents, the local white population perceived them as an economic and cultural threat. Chinese encountered racial hostility and were denied civil rights, economic opportunity, and social equity. This hostility gave rise to "The Chinese Question," a national controversy over whether Chinese laborers should be allowed to immigrate to the United States.

Local antagonism led to Denver's anti-Chinese race riot. On October 31, 1880, an estimated 3,000 - 5,000 Denverite's descended upon Chinatown to destroy it and drive out the Chinese. During the mob's rampage, they lynched and beat to death a laundryman named Look Young. Though the murderers were brought to trial, they were acquitted of the crime. Despite continued tensions, most of the Chinese community remained to rebuild Chinatown. What sounded the death knell of Denver's Chinatown were national laws preventing Chinese immigrants from establishing families in America and even from entering the country. Ironically, Denver's anti-Chinese riot was cited as one of the reasons why the US Congress enacted the disreputable Chinese Exclusion Act (1882) to ensure social stability.

Since the end of World War II, Chinese and other Asian Pacific Americans have returned to Denver's lower downtown area to live and work. No longer confined to an ethnic enclave, they can now be found throughout the Greater Denver Metropolitan area and Colorado."