Gregory Scott, Colorado's first and only Black justice, dies at 72 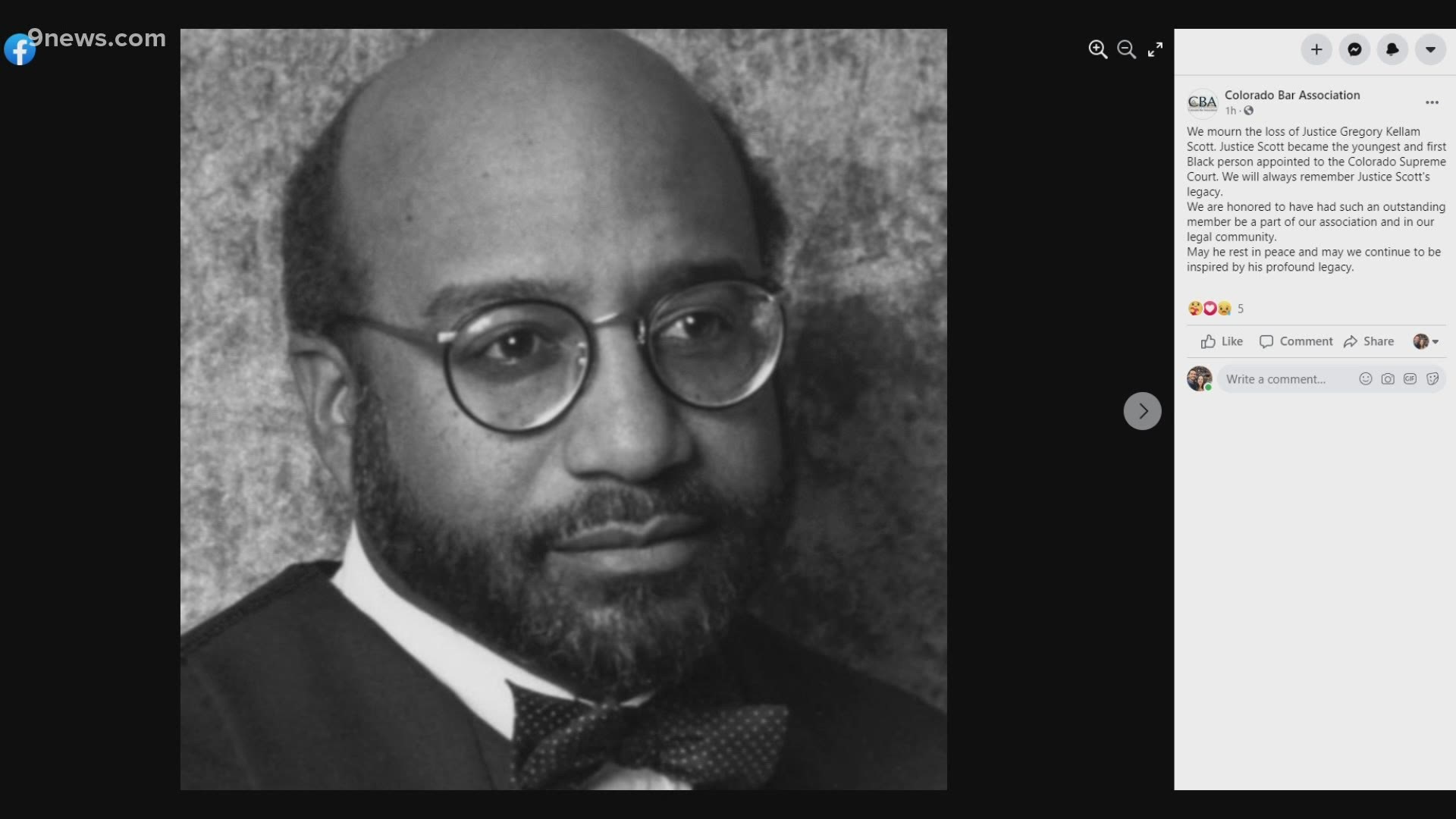 Scott is to date the only Black person to have served on the High Court, and was an appointee of Gov. Roy Romer. His term lasted from 1993 until his resignation in 1999.

“He felt, I think, an obligation to make sure that the experiences that he had had in life were voiced in the conversations where they would enrich the thought process,” said former Justice Rebecca Love Kourlis in a press release from the Supreme Court.

>Video above aired in march and touches on the legacy left behind by Colorado justice Mary Mullarkey.

During his time on the bench, Scott issued a concurring opinion in the 1994 decision of Evans v. Romer, in which the Court blocked the enforcement of Amendment 2, a 1992 constitutional amendment prohibiting government protections for gays and lesbians.

RELATED: 'The judge should be violently murdered': Man pleads guilty to retaliation