Hispanic Heritage Month is a time to celebrate the culture of Hispanics and Latinos in our community. KENS 5 is highlighting a local Air Force leader. 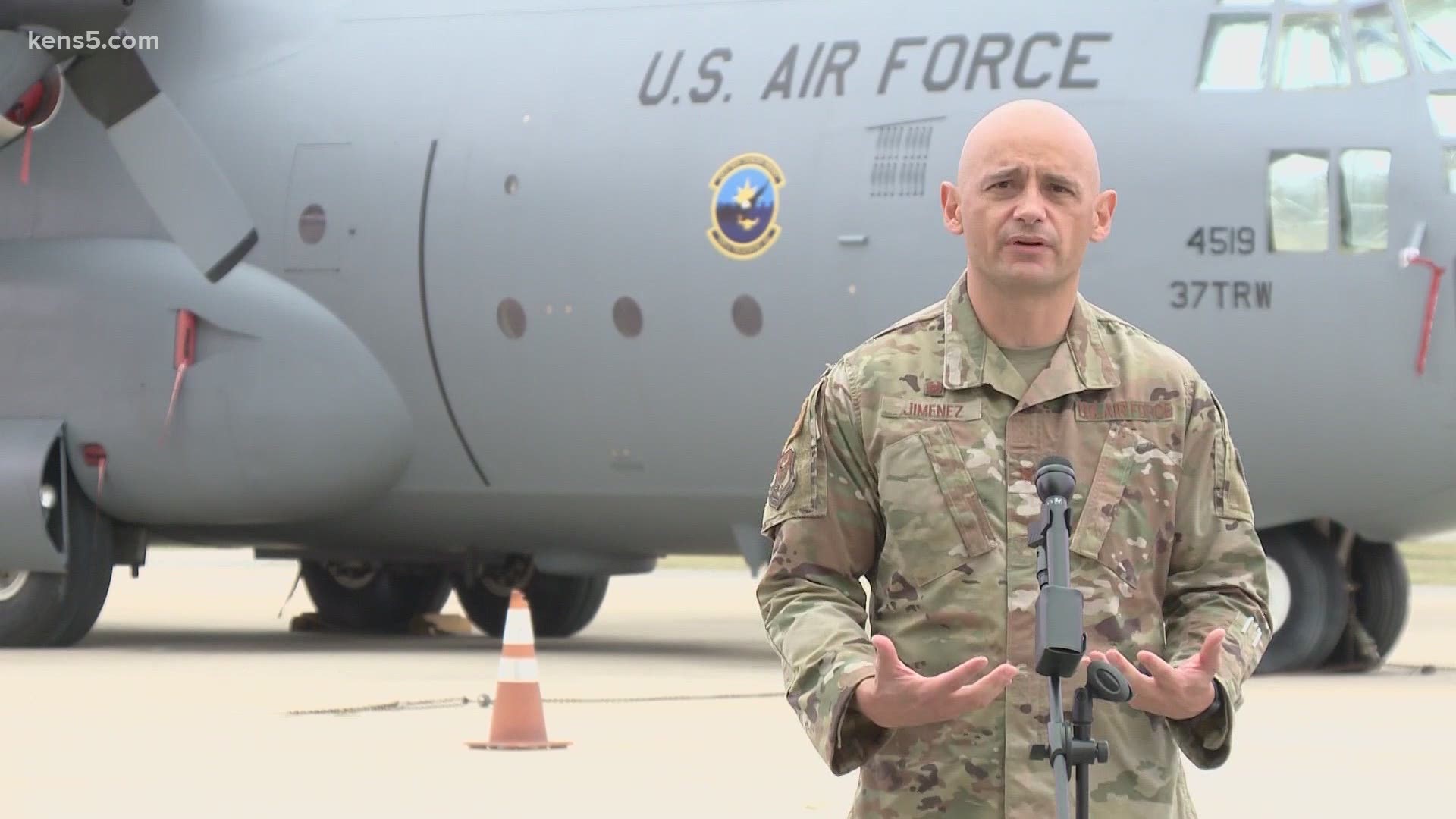 SAN ANTONIO — Hispanic Heritage Month in the U.S. runs September 15 through October 15. The month is a time to celebrate and promote Hispanics and Latinos. During this time, KENS 5 is highlighting community members and local leaders.

Colonel José E. Jiménez, Jr. is the Commandant of the Inter-American Air Forces Academy (IAAFA) at Joint Base San Antonio-Lackland. He oversees the program that provides military education and training to students from 21 Latin American and Caribbean countries. Every year, more than 900 people from military forces and governmental partners take part in the curriculum. IAAFA focuses on aircraft training, security, cyber intelligence and leadership.

Colonel Jiménez is originally from San José, Costa Rica. After he graduated from the University of New Orleans, he joined the Air Force in 1998. Since then, he’s served in a number of leadership roles in the U.S. and across the world. The colonel has served in the Air Force for 22 years now.

“What’s kept me is the ability to give back. Truly, it’s given me education beyond anything I ever expected. It’s given me opportunities to both lead and follow. For me, being here for 22 years is just a result of the welcoming arms that I received when I arrived in the U.S.,” he said.

Colonel Jiménez said his heritage allows him to be a better leader and help airmen flourish in their roles.

“Our ability to provide a wide curriculum with a wide perspective and cultures and again, you insert that culture, the Hispanic culture, its significant. It’s a force multiplier to us and our partner nations,” he said. “I think when they see commandants and leaders, and senior leaders like me in this position, I think they can see that we are indeed carrying out our messaging, which is, it doesn’t matter where you come from. We care about your capacity, your ability and your heart to get things done on behalf of others.”

You can read more about Colonel Jiménez’s background and his achievements by clicking here.