Local artists want our community to see the faces of three individuals who died in incidents with police. That includes Elijah McClain, who was killed in Aurora. 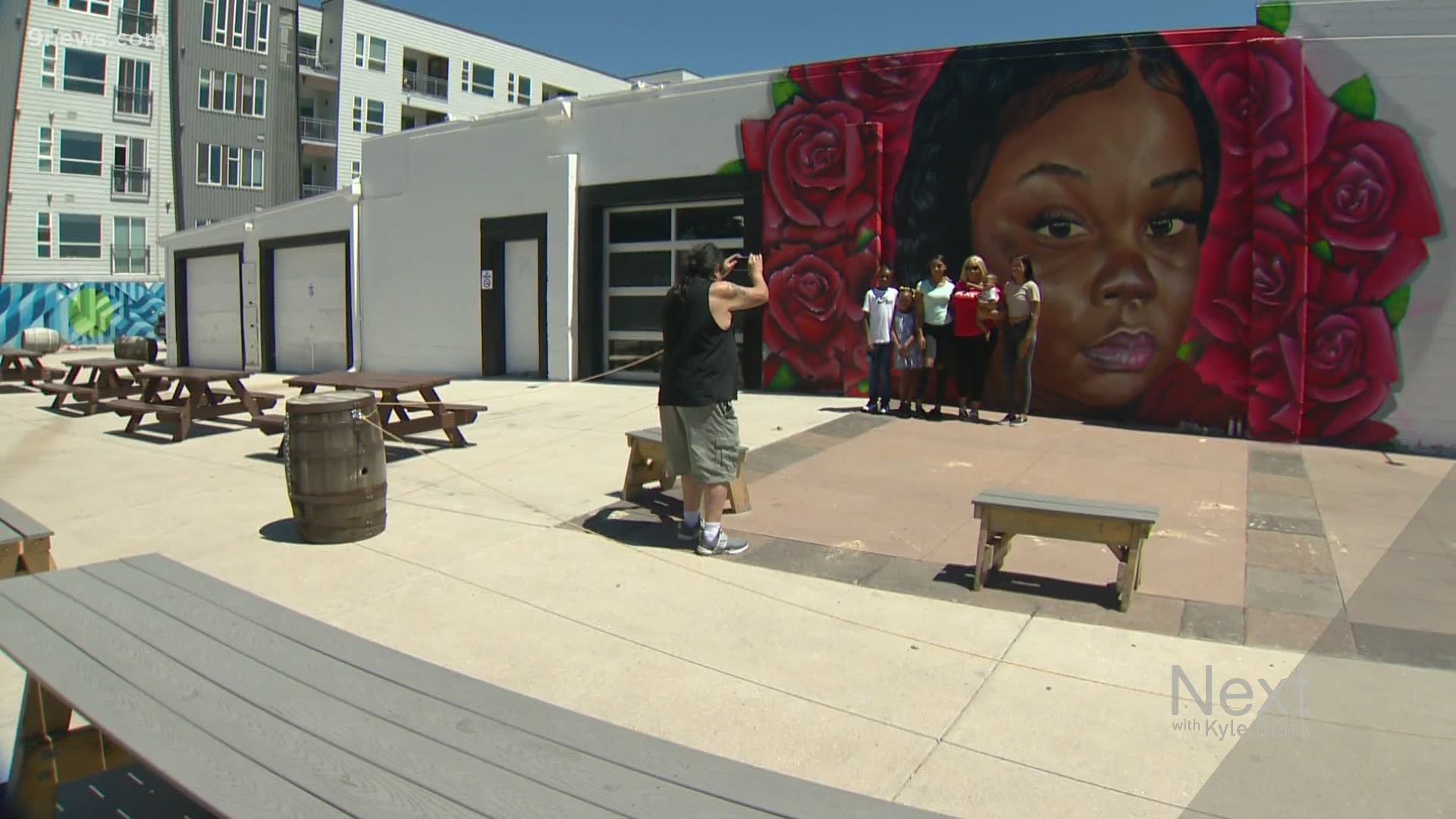 DENVER — While thousands of people attended protests in downtown Denver following the death of George Floyd, some local artists chose to memorialize him and others killed in incidents with police through murals around town.

Artists Detour and Hiero Viega, who said they wanted to use color to breathe life back to society, have painted three vibrant murals in Denver since last week:

"For me, I always tell artists that we are the visual historians of current times, so really using our artwork to tell what’s happening in our current time," Detour said.

Also on Colfax, Kenny Hughes and Tommy Nahulu decided to turn to art after watching the area turn violent during Denver's early protests. They said they wanted to show solidarity with those who have protested peacefully.

“I’m trying to bring people together, for sure,” Hughes said. “I just want people to realize that we're all people and everyone deserves the same love on this planet. That's what most important is love.” 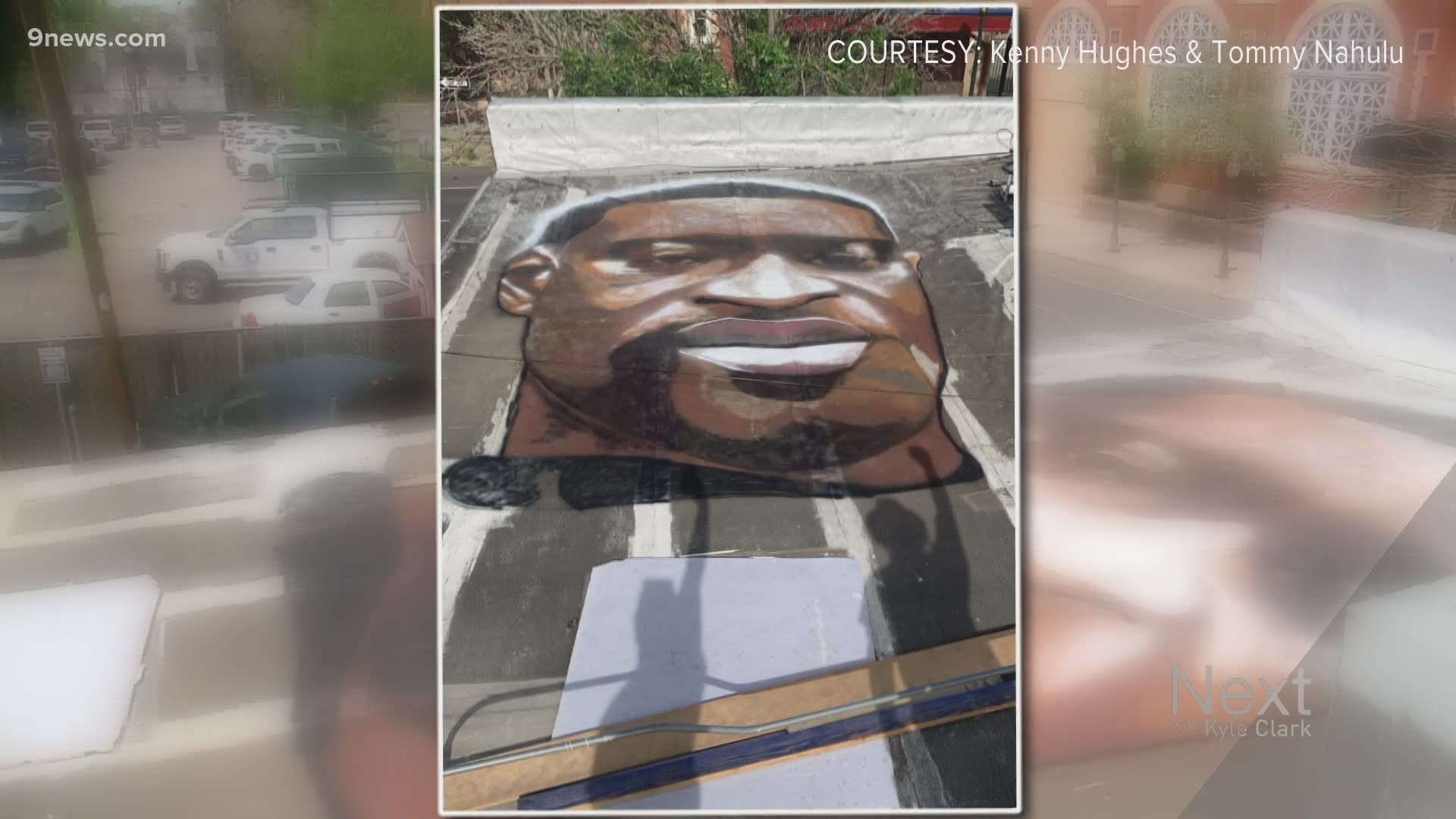 This mural can only be seen from the sky, as it was painted on a rooftop near Colfax and Clarkson street, next to the Denver Police Department’s District 6 station. The artists wanted the painting to be free from vandalism on the street, but also visible from 9NEWS’ Sky9 helicopter if the protests spilled onto Colfax again.

A Twitter user also shared a picture of another Taylor mural painted recently in Louisville, Colo.

RELATED: 10 photojournalists sought to capture a day in the life of Colorado during an unprecedented time