"They’re seeing that they’re going to get some help and that’s the amazing thing," Dean Mason said. "It’s a touching thing. It’s a good thing to do on the holidays." 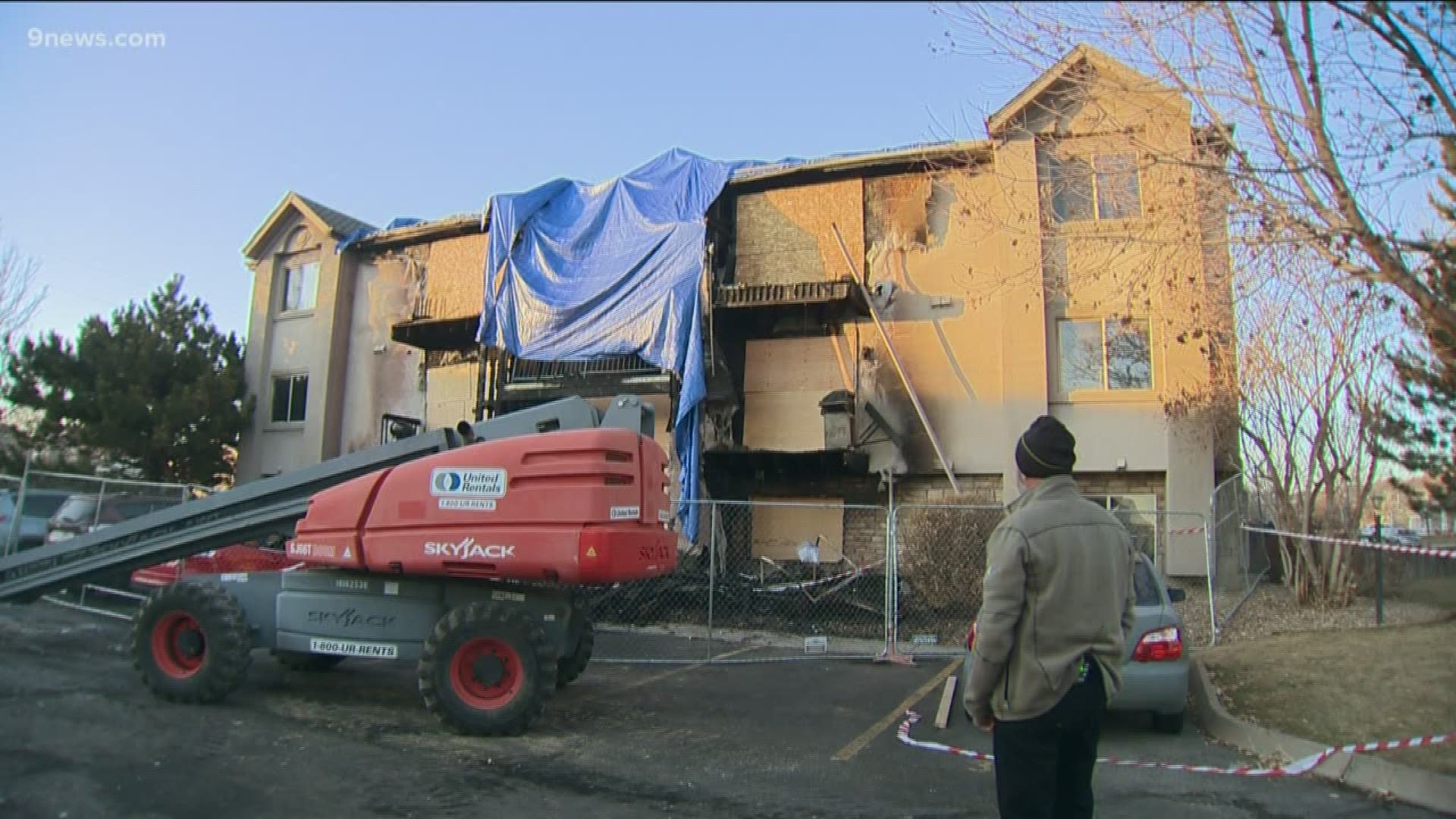 LITTLETON, Colo. — The man accused of setting his own condo complex on fire in Jefferson County took a lot away from the other people who lived in the building.

Alex Duran, was arrested and being held on multiple counts of arson and attempted first-degree murder, the Jefferson County Sheriff's Office said.

Just after 1 a.m. on Saturday, firefighters arrived to find the apartment building in the 8400 block of South Reed Street was engulfed in flames, according to South Metro Fire Rescue. Some vehicles were also on fire and others damaged by the heat.

Nine people, including a South Metro firefighter, were evaluated for smoke inhalation or injuries, according to South Metro Fire.

The fire had destroyed a portion of the stairwell in the three-floor building, so firefighters set ladders against the outside of the building to get in through the windows.

"It was unbelievable," said Dean Mason, the president of the condos' Homeowners Association. "It was just like hell itself had broken through the floor to greet this building."

Though everyone escaped the fire with no serious injuries, many of them only made it out with their lives.

"Just devastation is all I can think of," said Elana Beloved, a neighbor who lives in one the three buildings not affected by Saturday's fire. "All the things that people lost that are in there that they can't access, they can't ever get back."

"The people that are now homeless, they still have to pay for these units that they live in and own -- and now they have to go out and pay for other places to live, stay there and survive also," Mason said. "So, now it’s a double expense for them."

Beloved and Mason are part of a larger effort to help their neighbors offset those costs. They've set up a GoFundMe in which "all the funds collected will be evenly distributed between the residents that were affected," according to the page.

"I mean, we’re not feeling what they’re feeling," Beloved said. "It didn’t impact us in the same way, but they’re not alone and I want them to know that."

"They’re seeing that they’re going to get some help and that’s the amazing thing," Mason said. "It’s a touching thing. It’s a good thing to do on the holidays."