The proposed site on Montview Boulevard would open June 1 and stay open through the end of 2021. 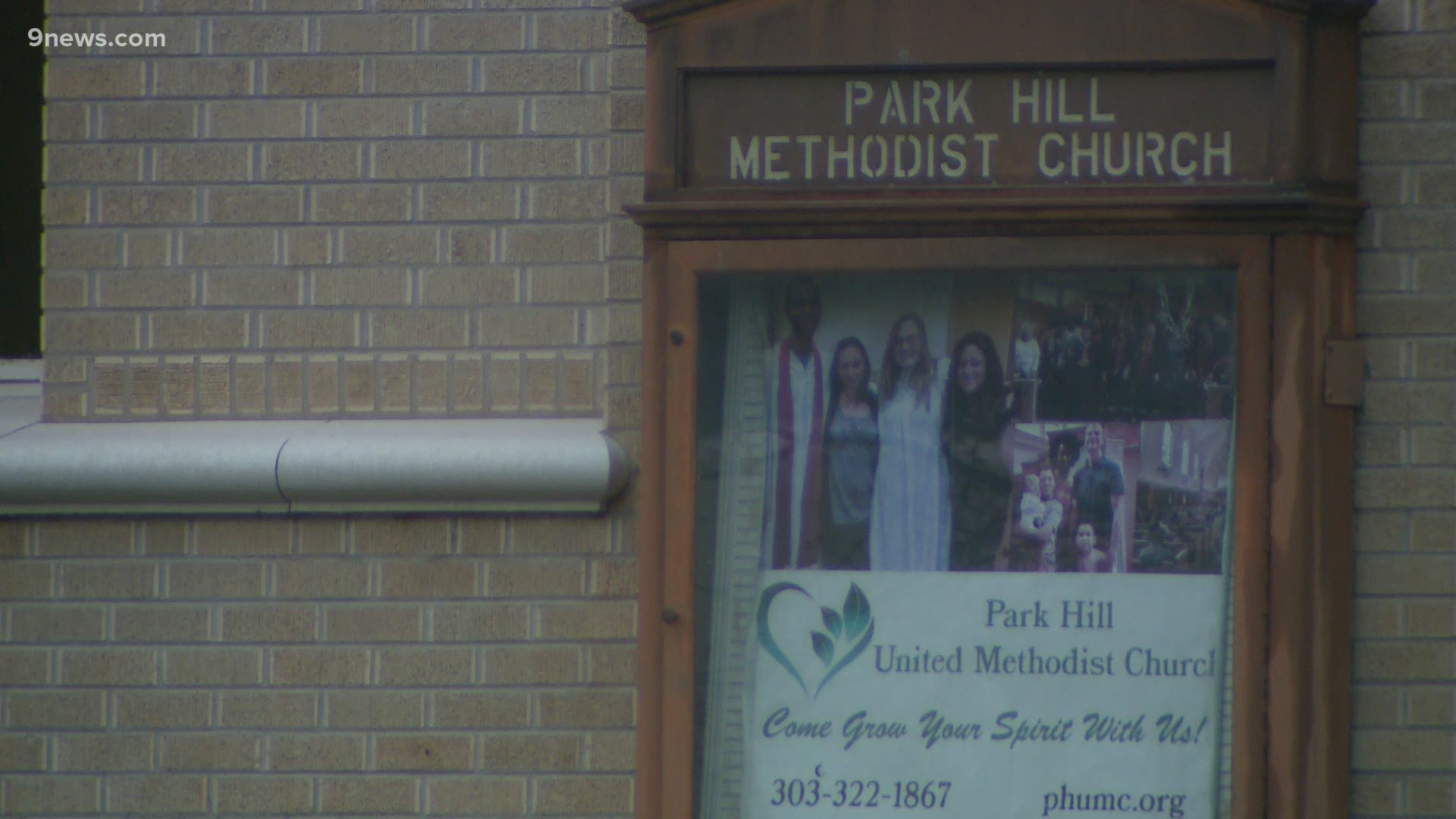 DENVER — One of Denver's two Safe Outdoor Spaces could be relocating to Park Hill United Methodist Church in the coming weeks, according to the Denver Mayor's office.

Safe Outdoor Spaces, or SOS sites, are temporary, managed campsites approved by the city that serve people experiencing homelessness during the pandemic.

According to the city, the site at Denver Community Church’s Uptown campus at 1595 Pearl St. would close and move to a new location at Park Hill United Methodist Church at 5209  Montview Blvd.

The Colorado Village Collaborative said the Park Hill site would include 45 individualized shelters with capacity to serve 50 people including singles, couples, pets, LGBTQ+ people and people with disabilities.

The Colorado Village Collaborative said it plans to file a Temporary Use Permit for the site in late April or early May.

The Peal Street site and a site at First Baptist Church at 1373 Grant St. have been open since early December. The Pearl Street site currently houses men, women, couples, and pets and has a capacity of 40 people. The Grant Street site housed up to 30 women and trans-identifying individuals.

The tents at the sites are equipped with electricity and are insulated so that a temperature of 70 degrees can be maintained. "Showers For All" is providing a truck that will alternate between the sites to provide showering and laundry services.

They're also staffed 24 hours a day. No alcohol or drugs are allowed on site and those who leave and don't return or communicate with staff for 72 hours will have their tent cleaned and given to someone else in need, according to organizers.

From the beginning, the plan was for the sites to operate for about six months.

In February, the city said there was enough money to fund the sites through the end of the year. At that time the Colorado Village Collaborative said it would wind down its services at the Denver Community Church by May 31 as planned. They were looking for two new locations to operate through the end of 2021.

According to a Facebook post from the Park Hill United Methodist Church, the site there were would open on June 1 with set up beginning in mid-May. It's unclear where the other new location would be.

Organizers for the Park Hill site want the community's input and is hosting a number of meetings: