'People are working to change hearts and minds': Pride parade rolls through Boulder

Out Boulder County's Pride motorcade rolled through Longmont, Boulder and Lafayette on Sunday. An anti-police protest briefly halted the parade in Boulder. 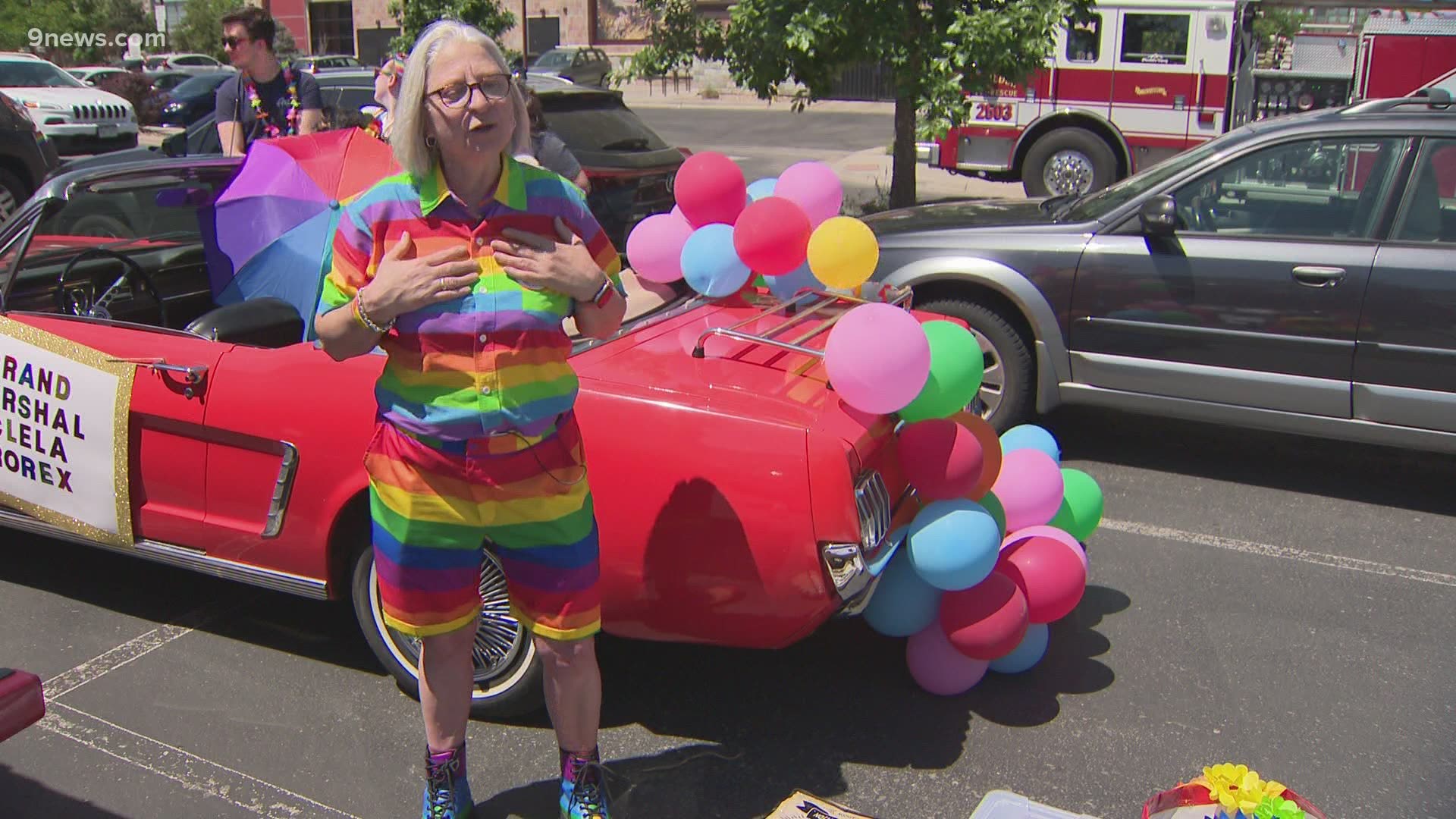 BOULDER, Colo. — Heat radiated off the pavement on the 29th Street Mall parking lot on Sunday, but that didn't stop the party as people decked out their cars for Out Boulder County's Pride motorcade.

"I saw a 2-year-old with his parents to people in their 80s all here to celebrate," said Out Boulder County's director, Mardi Moore.

Friends painted Jeeps, tied blow-up unicorns to sunroofs and plastered Pride flags wherever there was space.

"If you look around today, there are activists in every car, and by activists I mean people are working to change hearts and minds," Moore said.

"Only one of those couples stayed together for literally all of their lives," she said. "They were together 45 years, and that made it all worth it for sure to me."

Back then, she was doing her job; now, she said she works to be an LGBTQ+ ally and to answer the call whenever they need her.

Even with the day's celebrations, Rorex pointed out that discrimination still exists for people in this community.

"I don’t want them to lose the fact that even as we’re having this parade, a number of states are passing legislation that trans kids cannot participate in youth sports," she said. "They couldn’t go after anyone for the bathroom bill, that got kicked aside, so now they’re picking on young kids, which I think is awful."

Moore echoed those comments and said, "There are people in many states that still could get married on a Sunday and fired on a Monday."

Once there was no more room for rainbow flags on any of the cars, the motorcade headed for downtown Boulder. A small group of anti-police protesters blocked the route at 15th and Pearl streets for about 10 minutes.

While Boulder Police officers blocked roads for the motorcade, Moore said they had to reach a compromise to keep the event safe.

"One of the things our community is worried about is over-policing of Black, brown, indigenous folks in the LGBTQ(+) community." she said. "So what Juan did, who put this whole event together, was we had to use the police for rolling closures, we can’t afford to close all the streets down, so the police did that, but the fire department led our parade, and that’s where we could find the happy medium with that."

The motorcade was directed around the protest, but they dispersed in time for the parade to get back on course.