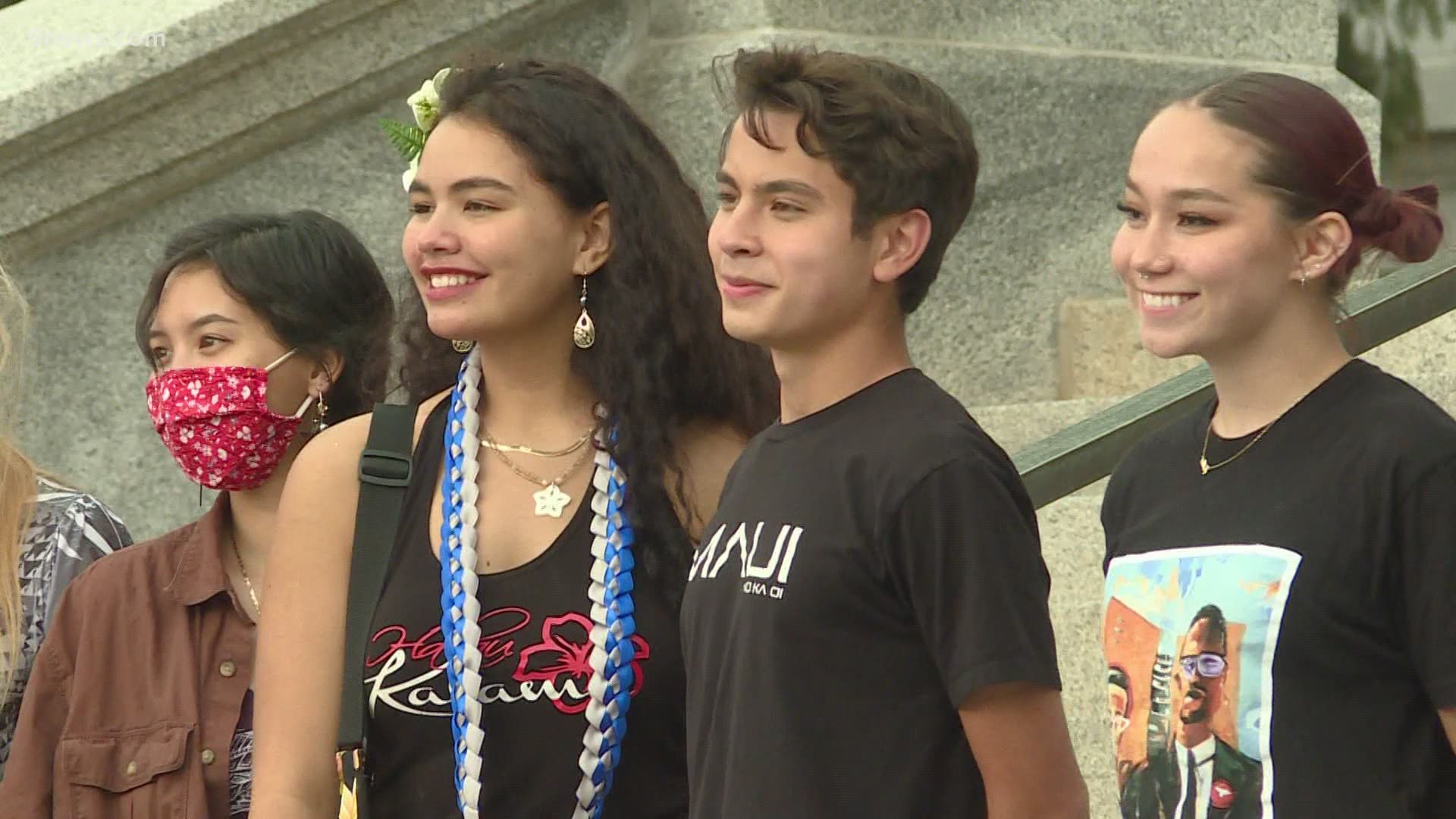 Organizers wanted it to be a space where people could come together to uplift one another and celebrate their cultures.

Several people stepped up to the microphone to share their own stories or their family's stories. Some shared their experiences with racism, and their hopes and goals to uplift more voices in the community.

Almost all of the speakers were under the age of 30, and most of them in high school.

One of the organizers was 17-year-old Kai Vong. In between classes and college applications, he has committed a lot of time to being a voice for his community.

Vong became the youngest member of the Denver Asian American Pacific Islander Commission (DAAPIC) in August 2020. He said the commission works closely with the mayor's office to identify ways to help and uplift the AAPI community.

RELATED: What is the 'Model Minority Myth?'

"It comes down to who I was raised to be," he said. "I think my parents and my family just always taught me that we all matter, and we’re allowed to have our own opinions and our own voice."

"Growing up in Denver, I didn’t even know we had a Chinatown back in the 1800s," he said. "There’s no trace of it anymore...the purpose is just trying to rediscover that history."

Two years ago, Kai also formed the Asian Pacific Islander Student Alliance at East High School. Now that he's graduating, he said his brother will be taking over his position. Kai formed the group to give a voice to uplift voices he said can be easy to ignore because of the small AAPI population.

Kai will continue to use his leadership roles to support the AAPI community as he moves on to college, where he's still trying to decide what he'll end up majoring in.

"No matter where I end up, what I really want to do is just give back to the community and focus on driving that positive route and trying to just uplift everybody."

You can learn more about Kai's story here: 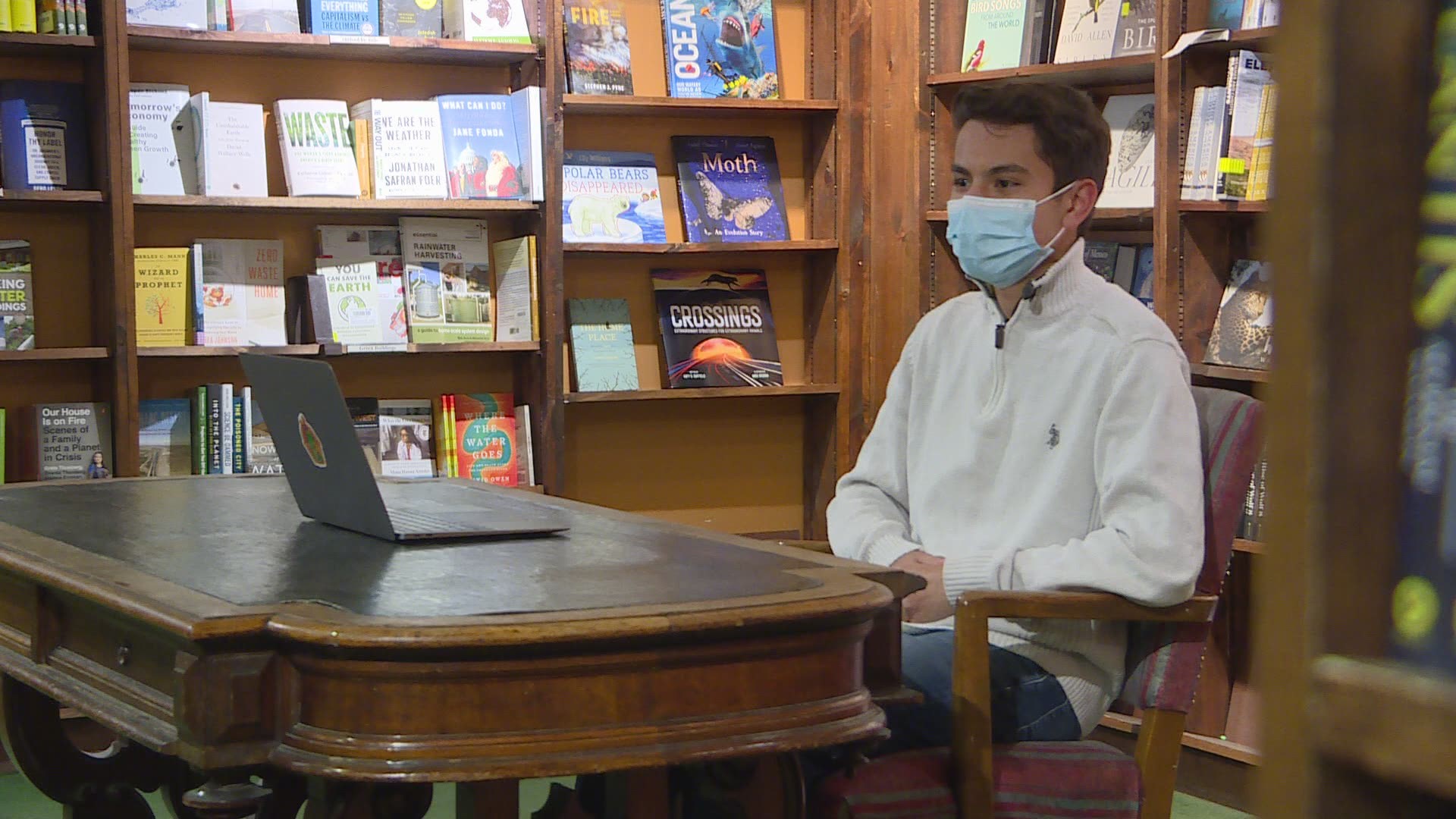 Leadership from young people, like Kai, is an encouraging sign of hope for the community's older generations, according to Harry Budisidharta, Executive Director of the Asian Pacific Development Center.

"We have noticed that the younger generations do have an easier time and they are more willing to speak out against injustice or to openly criticize the government, so we are encouraged by that development and we definitely want to support that in the community," said Budisidharta.

Amid the rise in hate crimes against Asian Americans nationwide, Budisidharta said the fears in speaking up against those incidents are similar across various AAPI cultures.

"I can speak from personal experience because I grew up in Indonesia back when there was a dictatorship," he said.

"I remember my parents explicitly teaching me to not call the police because the police will not help us and we will get further victimized by the police in Indonesia. This is a situation that is common across many different Asian countries, so if you are an immigrant from one of those countries, I can definitely understand the fear and the hesitancy around calling the police."

RELATED: The long, ugly history of racism against the AAPI community

Budisidharta said he's optimistic hate crimes will go down because of the increase in speaking out he sees from younger generations, as well as future opportunities to gather and celebrate the AAPI heritage and culture.

He said the pandemic made it difficult to simply come together as a community.

"There’s more to our community than just hate crimes and mass shootings, there’s a lot of strength, resiliency, heritage, and culture and we really want to celebrate that because that’s who we are."

Budisidharta shared a little bit of his background with us. You can learn more about him by watching the video below. 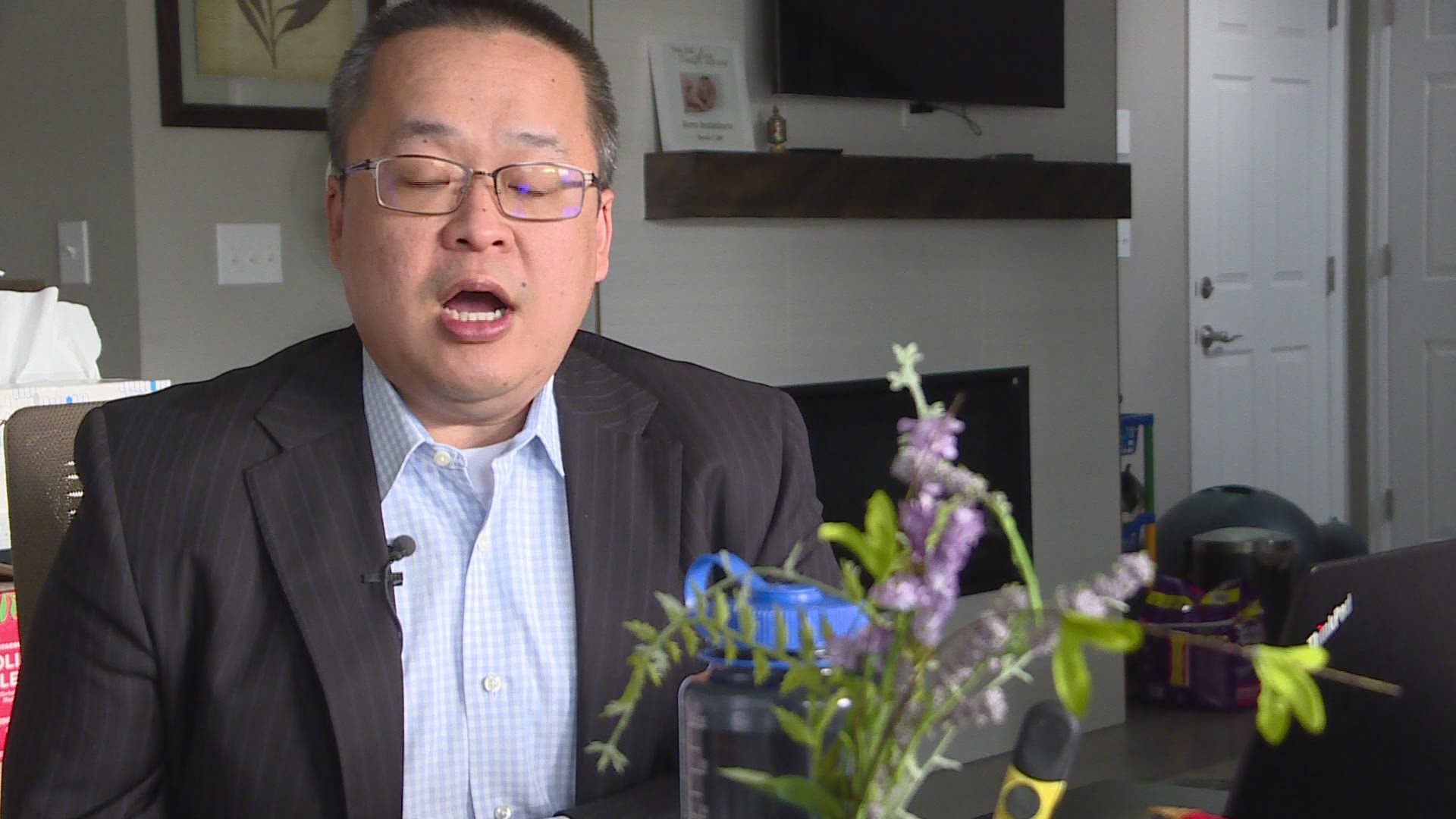