Black Girls Hike is a group aimed at getting more women of color into the outdoors. 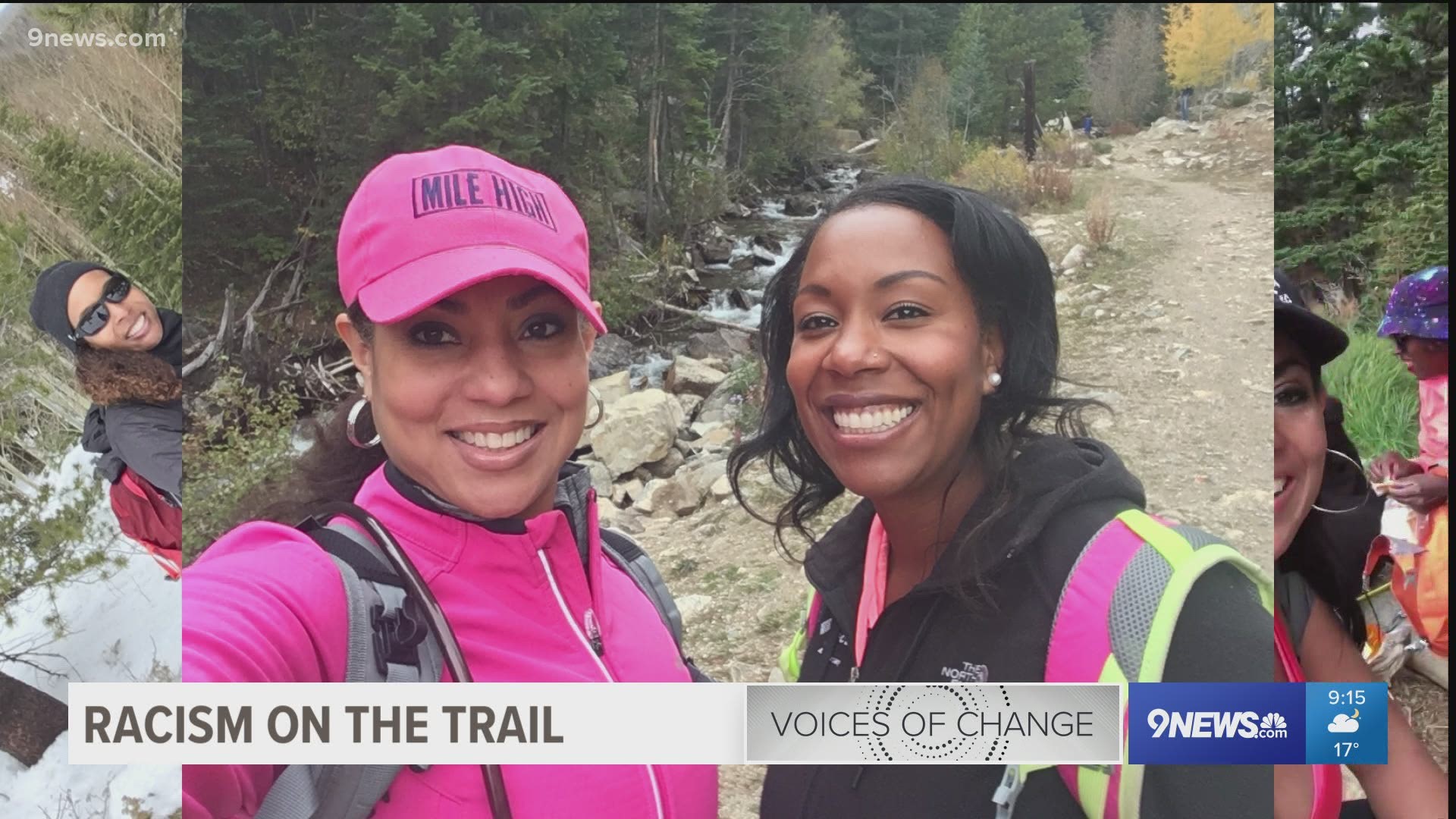 JEFFERSON COUNTY, Colorado — Everyone can benefit from getting outside, but a recent survey of U.S. national park visitors found that only 6% are Black, and 77% are white.

Local hiking groups are working to bring more people of color into the outdoors, but they said they’ve found opposition along the way.

“People are like ‘what are you doing on a mountain? Black people don’t belong here,’” said Portia Prescott, the co-founder of Black Girls Hike, which has expanded into Vibe Tribe Adventures. “And I was like: ‘wrong!’”

Prescott has been hiking since she was five and began using MeetUp to find other Black women to join her. This became Black Girls Hike in 2017, and the group began to grow.

“We created this group thinking it was only going to be like five or 10 people, but unbeknownst to us, we were like ‘oh my God, there’s like 100 people in this little MeetUp!” Prescott said.

Prescott said she would notice people staring at the group and that it seemed like it was unusual to some white people to see such a large group of Black women in the outdoors.

“You can feel it,” said Jessica Newton, the creator of Vibe Tribe Adventure. “People are asking, ‘who are we? What are you doing out here?’ Sometimes it’s welcoming; sometimes it’s not so welcoming.”

One case where it wasn’t so welcoming happened in 2018 at Beaver Brook Ranch when Newton and Prescott said the Jefferson County Sheriff’s Office was called when another trail user said their group of 70 people was taking up too much space.

“To get police, not just park rangers, but the police called on you for being a group of Black women simply, literally just hiking?” Prescott said. “She called the park ranger and the board of directors and it was very intimidating, and I didn’t understand it, but she just felt we were in her way, and that’s not ok.”

No citations were given that day, and the group chose not to discuss the incident publicly until now out of fear of discouraging other Black women from venturing into the spaces they’re working to make more diverse.

“It’s unfortunate,” Newton said. “We do have to prepare mentally for those types of situations.”

Newton said the team is working to develop relationships with park officials and others, so they understand there’s a reason why the group visits and that they’re more than a “mob” of people.

“Eradicate that perception that there’s some things so wonderful about the mountains and exploring the national parks that’s reserved for people other than people of color,” Prescott said.

“The more they see us, the more it becomes normal,” Newton said.