There is still a long way to go. No Black women have served on the district court bench of the 18th Judicial District. 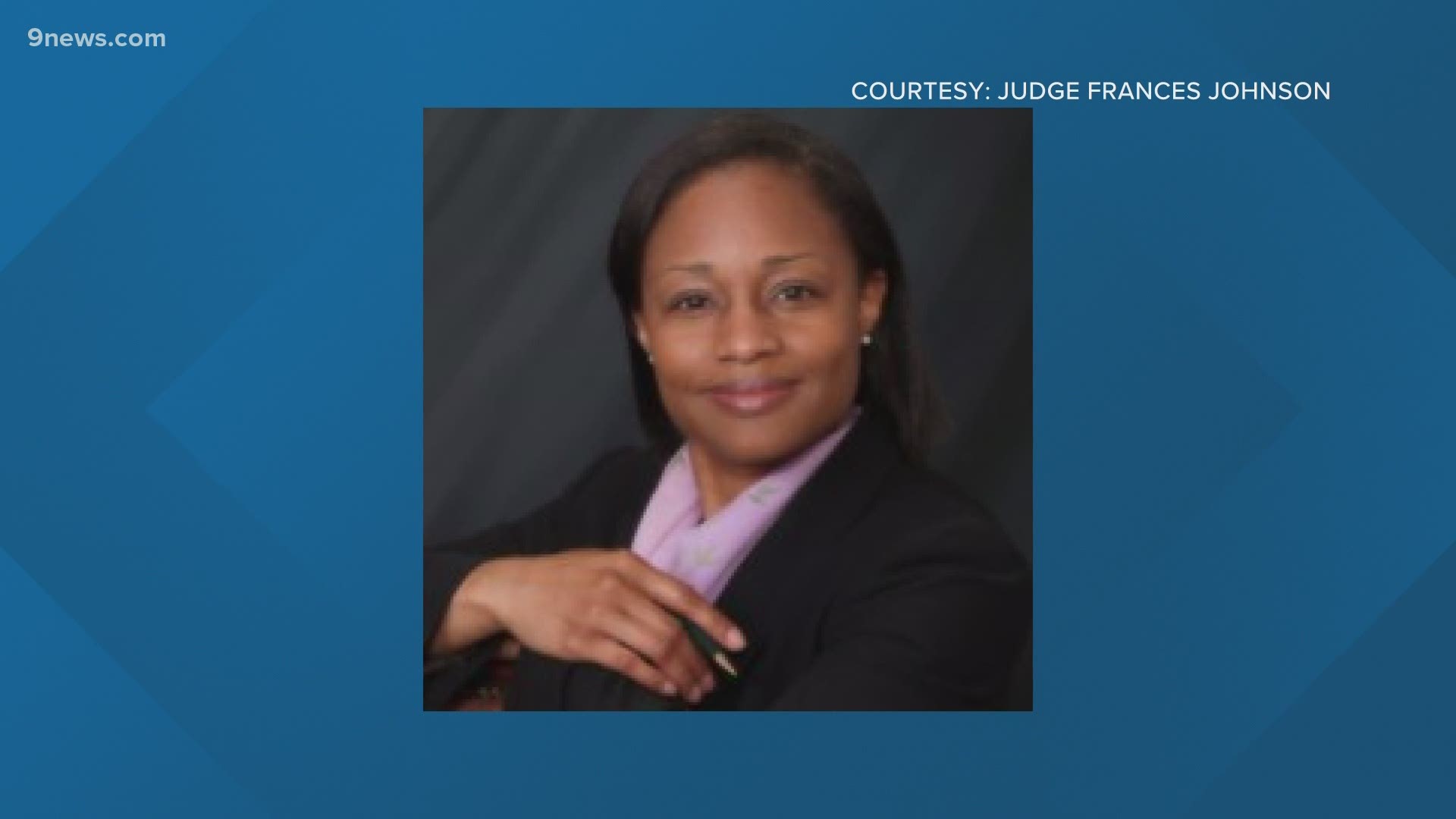 COLORADO, USA — Editor's note: An earlier version of this story inaccurately described whether a Black woman has served as a judge in the 18th Judicial District. The story has since been updated.

Fourth Judicial District Judge Frances Johnson’s journey to the bench began with an experience many of us might be familiar with.

“I would watch Perry Mason with my mom, or People’s Court with my dad,” she said. “Unsolved mysteries, things like that, and so just by watching those types of shows with my parents, it got me really interested in law.”

Johnson admits that she rarely saw people of color on those shows, but her family never doubted the legal ability that allowed her to become the first Black women to serve as a judge in the district that encompasses Colorado Springs.

“You know, my parents were always emphatic with my sisters and myself ‘don’t let other people tell us what we can or cannot do,’” Johnson said. “Whatever our dream was, we’d pursue it and just do it, and so that was my mindset.”

The straight-A student graduated from the University of Texas School of Law, passed the bar, got an internship and eventually served as a magistrate in Colorado.

RELATED: This Denver-based organization is helping Black women start their own businesses

Gov. Jared Polis (D-Colorado) appointed her to a judge position in the Fourth Judicial District in 2019. Johnson is one of five Black women who have been appointed as judges to statewide positions by Polis.

April Jones, the president of the Sam Cary Bar Association, said Polis has appointed more Black women to the bench than any of the 42 governor before him.

“We are in an unprecedented situation,” Jones said. “It’s incredible to be able to watch the tides turn and to have the situation corrected from years of no appointments at all to putting Coloradans in a position where you have Black women representing the judicial system.”

There are a total of nine Black women serving as judges in Colorado. The most recent appointee is Renee Goble, a  Jamaican immigrant who was appointed by Denver Mayor Michael Hancock.

Jones said there is still work to be done. She said a Black woman has never served as a district court judge in the 18th Judicial District.

“So that still needs to happen,” she said.

Jones said that the state also needs to work to diversify the commissions that nominate potential judges for appointments.

Johnson said any young person interested in becoming a lawyer or a judge needs to go for it.

“Reach out to adults in your life who you trust and ask them to help you,” she said. “Reach out to judges, lawyers all over … there are so many of us who I know would be willing to sit down with anyone who has questions or needs inspiration.”

Here is a list of the nine Black female judges currently serving in Colorado: