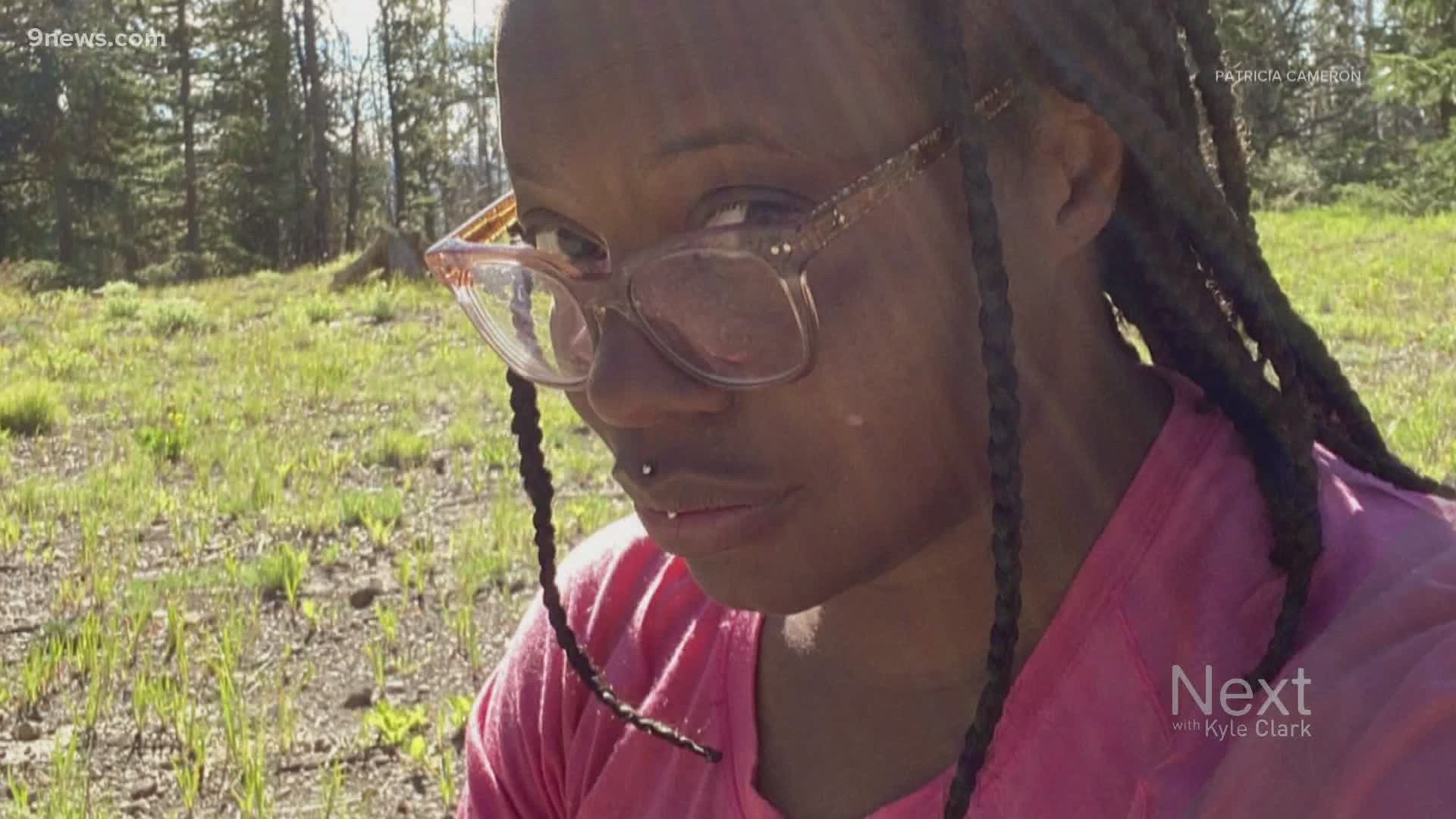 SAN JUAN COUNTY, Colo. — The Colorado Trail runs from Waterton Canyon clear across the state to Durango – 485 miles of mountain passes and adventure that you certainly need to have a good reason to finish.

Patricia Cameron had a reason.

“I’m not doing it with the lightest gear, not doing it the fastest, but I’m still out here,” she said during her journey -- a journey that came to an end on Aug. 27.

Cameron is the executive director of a nonprofit called Blackpackers. It addresses the economic issues that come with exploring the great outdoors and encourages a more diverse group of people to see what Colorado has to offer.

“People who have or are experiencing backpacking know that the upfront costs of this type of activity can be tough,” Cameron said. “I know it was for me.”

Camping in La Garita Wilderness was amazing. (And a little scary, I was all alone for miles!) pic.twitter.com/4PPPzeWVaC

Cameron, who is Black, has lived in Colorado for 26 years. She founded Blackpackers to help introduce minorities to the outdoors and subsidize the cost of gear, and even lend it out.

Cameron documented her Colorado Trail adventure on Twitter as she hiked and in Backpacker Magazine, and said other people recognized her on the trail.

RELATED: This Colorado group wants to make sure people of color explore the state’s great outdoors

RELATED: There’s a hike longer than the Appalachian Trail that runs right through Colorado

But that was part of her mission: bringing attention to the lack of diversity and the economic disparities on the trails.

During her Colorado Trail trek, Cameron said she was shocked at her own ability to cope with her anxiety and fear about being alone in the outdoors.

“I have not done a lot of solo overnights, and being out in the wilderness by myself and knowing I’m miles from the next hiker is scary but super empowering,” she said during the hike.

Along the way, Cameron said she found nothing but support for her mission, and that she hopes more people who look like her use it as a chance to get outdoors.

Headed to the highest point of the CT today. Powerful thighs for a pretty hardcore climb. pic.twitter.com/T4ptszngzM

“I definitely want to encourage people who might be afraid of what it might be like, to look different on the trail, to just kind of give it a go,” she said.

Cameron began her hike on July 6.

You can check out tweets from her trip at @COBlackpacker and read her blogs on Backpacker's website.

I DID IT!!! I WALKED FROM DENVER TO DURANGO!! pic.twitter.com/UNQzlmxsLk