Aaron Appelhans took over the job in December after the previous sheriff retired mid-term. 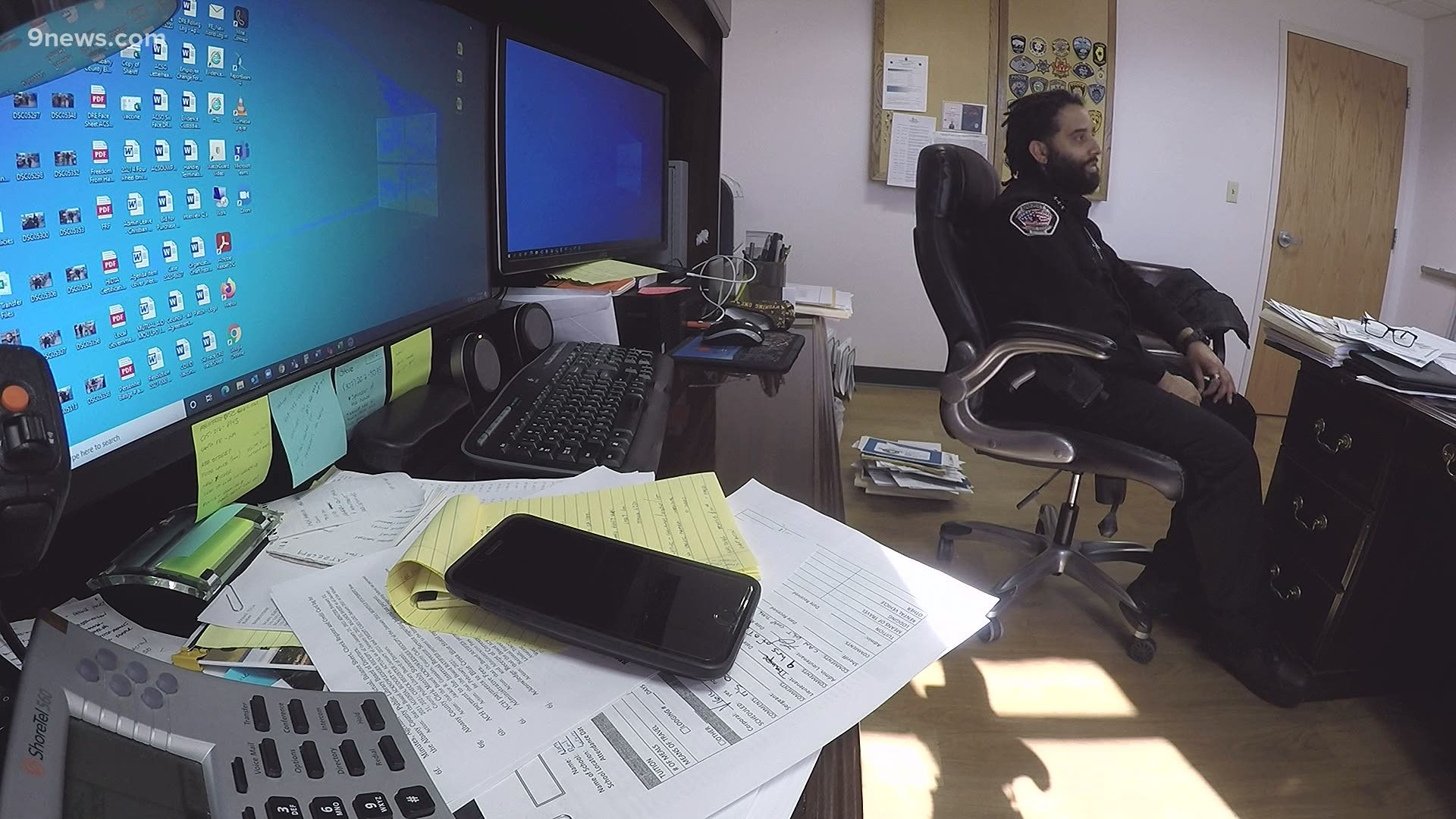 LARAMIE, Wyoming — In the history of the wild frontier, Wyoming has never had a man like Sheriff Aaron Appelhans.

"I didn't have any understanding of what Wyoming was like," Appelhans said with a laugh.

He first came to Laramie to attend the University of Wyoming, where he learned of the state's cowboy culture -- and the weather.

"Even though I've been here for more than 20 years, I still think that's probably the one thing I'm still trying to get used to," Appelhans said.

After graduating from the university, he began working for the school.

"Admissions, recruitment, marketing, college counseling, basically for the University of Wyoming and then ended up getting into law enforcement," Appelhans said.

Appelhans was a Colorado kid.

"I basically grew up in Westminster, Broomfield areas," Appelhans said.

He said his family supported him through school, graduating from Standley Lake High School, but he knows sometimes people need help. So, he focused on helping minorities find a way to get a degree.

"Going into college, you know, I didn't have like a whole lot of recruiters kind of looking at me and a lot of it I had to figure out on my own," Appelhans said.

Helping people is why Appelhans applied to become the Albany County Sheriff after Sheriff Dave O'Malley retired in the middle of his term. The family of a man killed during a 2018 traffic stop has filed a $20 million lawsuit against O'Malley and the deputy involved.

Appelhans was working at the University of Wyoming and could not speak to anything involving this case. He instead wanted to talk about how he wants his department to do more and make better connections with the community.

"So, it is a little different of a philosophy, and I've always had it," Appelhans said.

For a long time, Wyoming was part of the "Wild West" with a long history of sheriffs. Appelhans wants to change the idea of what a Wyoming sheriff should be.

"Even though I don't have a big hat and you know the six-shooter," Appelhans said. "I could still identify with a lot of people because I'm still doing the same thing."

Appelhans has only been on a horse twice in his life, he said. But, he has gotten to know the community since his time in college. Now, he's making history as the first-ever African-American sheriff in the state.

"Being the first, so there's a lot of facets to it," Appelhans said. "I'm happy obviously cause I'm here, you know, it's sad that it took a while to get here."

Stephen Latham is president of the NAACP chapter in Cheyenne in a state that does not have many people of color.

"I think it's absolutely important not just here in Wyoming, but across the country," Latham said. "As a Black person and when I worked for the highway department, you know a lot of those people hadn't even seen Black people before when I was in college (in the 80s) and I'm being truthful about that."

Now, those people and all people, including the ones sending well wishes to Appelhans, can meet a Black sheriff in Wyoming. He has gotten cards from Alabama to Milwaukee to Washington state.

"I've had a ton of people that want to pray for me," Appelhans said.

Latham hopes that folks can look beyond race.

"He's a great person. He knows his job. So, right there, it's just his character," Latham said. "It shouldn't be about the color of his skin in the first place, but you know, you have to start somewhere."

Appelhans wants to tear down racial barriers for everyone.

"The first is important, but the second, the third, the fourth, the fifth, all along the line -- all of those are important, too," Appelhans said.

He is in charge of more than 40 deputies and the county detention center. During a time when law enforcement is under scrutiny, Appelhans said he wants to serve people who need help -- long-term and now.

"It's definitely short-term—a lot of those calls, especially for law enforcement. Everybody's, everybody's kind of having a bad day," Appelhans said. "You know, everybody is in crisis at that time."

Though, he said, not everybody likes the idea of a Black sheriff.

"I've dealt with racism my whole life," Appelhans said. "I knew coming in just the way things are; it's going to come up."

However, he said, more often, he's welcomed by the community in and around Laramie.

"I've had a lot of people in the county come up to me, and they're just like, okay, we're glad that you're our sheriff," Appelhans said. "That's our new sheriff, and that's pretty significant for me."

Appelhans has to run for election to keep his job in two years after finishing the remainder of O'Malley's term. He said he looks forward to changing people's perspectives.