The city will hold virtual meetings on April 28 and May 15 to present the proposed designation of the La Alma Lincoln Park neighborhood. 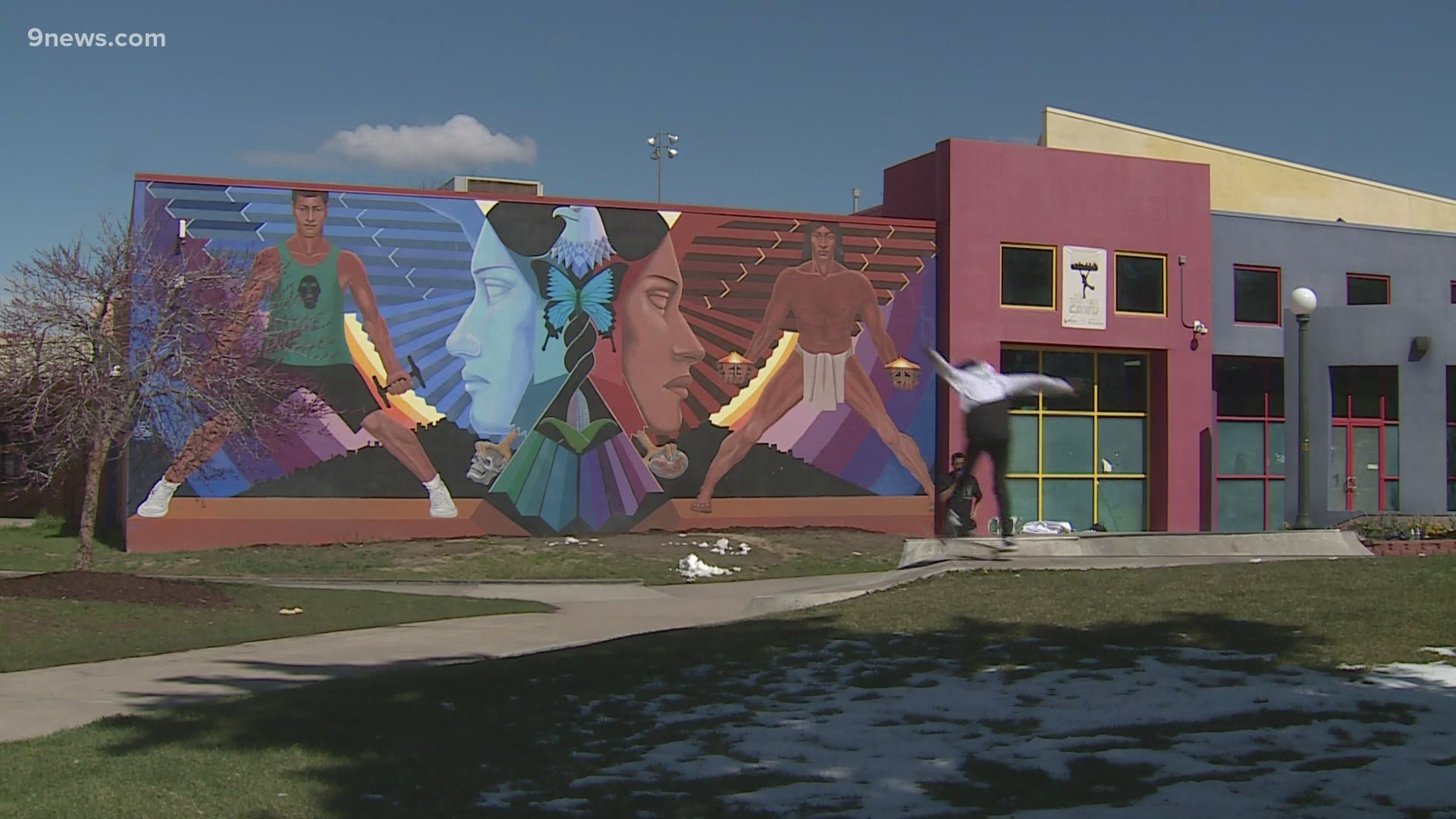 DENVER — One of Denver's oldest neighborhoods is on track to become a Historic Cultural District. According to Historic Denver, the La Alma Lincoln Park (LALP) neighborhood was at the heart of Denver's Chicano Movement in the 1960s and 1970s.

The city of Denver's landmark preservation team drafted design guidelines to appropriately reflect the history and culture of the La Alma neighborhood. The city will hold virtual meetings on April 28 and May 15 to present those plans to the community. Lucha Martinez de Luna, the director of the Chicano/a Murals of Colorado Project, encourages community members to attend to show support or share their own stories about La Alma's history.

Martinez de Luna said she grew up learning about her own culture and history through art, and believes murals should be preserved to do the same for other community members.

"These murals became our textbooks, they described our place here, our sense of place and that we go back generations here," she said, "I understand that styles changed, traditions change, but our history doesn’t."

Over the years, Martinez de Luna said many Chicano murals have been painted over or destroyed due to new urban developments across the city. Her father, Emanuel Martinez, has painted several murals depicting important Chicano stories and history. One can be found at the La Alma Recreation Center.

"That’s what we’re trying to preserve now because most of the murals that I did in the Denver area have been destroyed through gentrification," said Emanuel Martinez.

Martinez said La Alma's neighborhood has changed a lot over the years, but hopes its history isn't forgotten. He said many of the homes nearby are significant to the Chicano Movement.

"Instead of fixing them up, somebody will come in and buy two or three of them and just build these big office looking places, and you know, I think that’s gotta stop," he said, "some of these houses [have] a lot of historical significance and should be preserved and restored."

The city is currently accepting public input through a survey to gather stories and histories of Denver's Chicano and Latino communities.

A spokesperson for the city said they expect to accept community input through the survey until the end of June. The project, including the historic preservation document, is expected to wrap up by the end of the year.